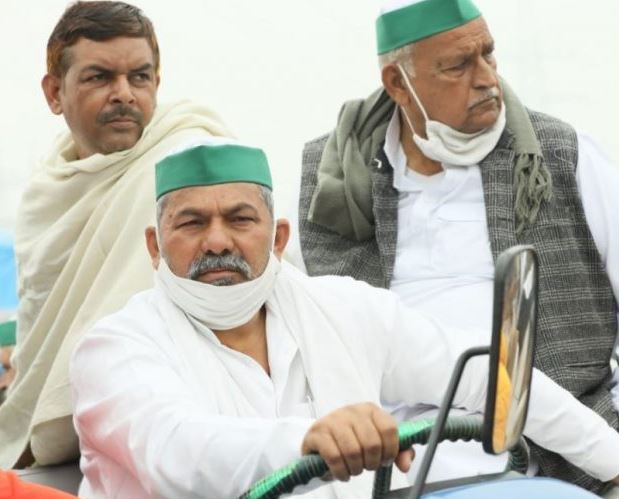 Bhartiya Kisan Union (BKU) Spokesperson Rakesh Tikait on Tuesday said the farmers will stay at the protest site until the three controversial farm laws are repealed. “We won’t return home until the bills are taken back,” he said .

Tikait said farmer leaders welcomed the Supreme Court decision to put on hold the implementation of the three farm laws but said they will not leave the protest site till the withdrawal of Centre’s three laws.

He said farmers’ protest will continue, regardless of the number of days it takes.

The Supreme Court earlier today put on hold the implementation of the three farm laws till further orders.

The top court also said a committee would be formed to find a solution to the matter.

On Monday, the Supreme Court said that it was extremely disappointed with the way the farmers’ protest was handled by the government.

Several farmers have been protesting since November 26, at various border points of Delhi against agri laws.