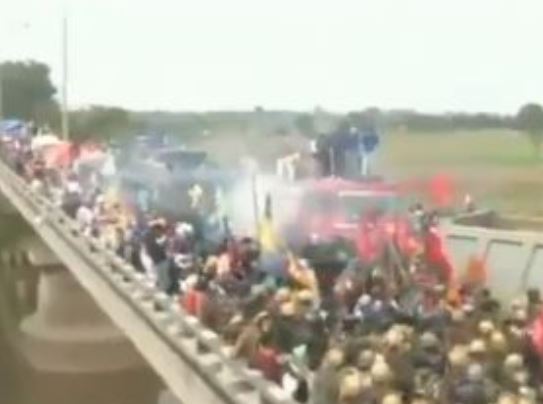 With thousands of protesting farmers from Punjab assembling at the border of Haryana for their march towards Delhi on Thursday morning, the police stepped up security and put barricades at several places.

Meanwhile, security has also been heightened at the Delhi’s borders with Gurugram and Faridabad to stop the farmers from entering into the national capital.

Delhi Metro on Wednesday in a tweet said, “Due to Kisan Rally call for Delhi, on the request of Delhi Police & to avoid overcrowding in view of ongoing COVID pandemic, services will be regulated tomorrow from resumption early in the morning till 2PM through loops. After 2PM, services will run on all lines from end to end.”