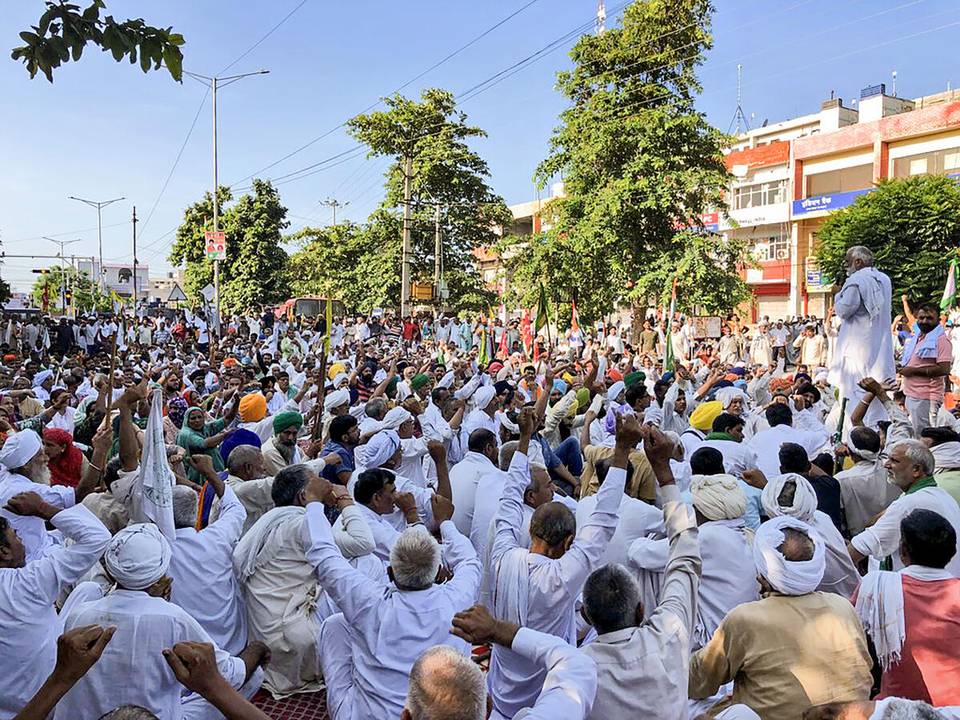 During the ongoing farmers protest in Karnal, several farmers and the Samyukta Kisan Morcha have been protesting outside the mini-secretariat at Karnal.

According to the order of the Home Department on Thursday the Haryana government has decided to extend the suspension of mobile internet services in Karnal district till Thursday midnight.

Additional round of discussions between district officials and farmers protesting over a police lathi charge in Karnal last month had failed on Wednesday after which the protesters said they will continue their sit-in “indefinitely” at the district headquarters.

Farmers and their representatives have made it clear that the protest outside the mini-secretariat would continue till their demands were met.