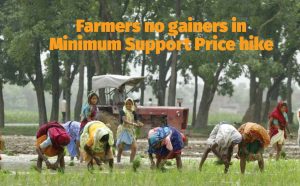 There is no gainsaying that the farmers will benefit if the Minimum Support Price, that acts as a benchmark for the determination of commodity price in the open market, is hiked and implemented; however, there are many dimensions to this declaration.

The recent announcement of the revision of Minimum Support Price of 14 kharif crops for the Kharif Marketing Season (KMS) 2018-19 by the Government of India grabbed headlines recently. The issue is of paramount significance, not because it affects farmers, the producers of food grains (rather they occupy the lowest slot in the hierarchy while deciding on redistribution of national income among the economic agents) but suits the incumbent political alliance, which is gearing up to face General Elections next year and assembly elections prior to that in states of Chhattisgarh, Rajasthan and Madhya Pradesh; having a sizable rural vote bank.

It is not only the farmer who gains or loss in case the commodity prices fetch decent returns; it is the entire value chain in the production, distribution and marketing of agriculture commodities that derive benefit from this.

The metrics of Minimum Support Price, its implementation, scope, leakages, alternatives, economic repercussions, and electoral gains and so on can be evaluated from the perspectives of different stakeholders.

Among all the variables, crucial in the food production and management in our country of 130 million people, farmers occupy the most important position.

So let’s start with farmers- their struggle for right to remunerative price and the occasional responses of the respective governments –that too to earn political mileage to woo the electorate.

The rural households, predominantly engaged in agriculture and allied activities, are politically and economically important and can catapult the fortunes of political parties.

According to year 2011 census, of the 121 crore Indians, 83.3 crore (68.84 per cent) live in hinterland while 37.7 crore stay in urban areas. These figures make it clear why the rural voters become apple of eyes for the political parties during the election countdown. In the current situation, the massive losses faced by the Bhartiya Janata Party in Lok Sabha and Assembly by-polls held during May this year took wind out of sails of BJP that had not recovered from the shock of dismal outcome of the Gujarat Assembly elections held in December 2017.

The weaning popularity among the rural voters is a major cause of worry for the ruling BJP alliance. At the same time, the nationwide agitations by the farmers’ organisations in different parts of the country on the growing rural distress and delay in implementation of Swaminathan Commission recommendations is a precursor to the surging discontent and dejection among the farming community.

Farmers in India might be poor and uneducated but understand well that BJP alliance is dragging its heels on Swaminathan Commission’s Report. The revised prices of the crops declared on July 4 still fall short of 50 per cent above the cost of production (A2+FL) in many cases.

Of the 14 crops-paddy, cotton, bajra, maize, ragi, tur,moong, urad, sunflower seed, groundnut, soyabean, sesamum, nigerseed, jowar- bajra would fetch an MSP close to C2+50 per cent criterion as the MSP had been hiked by 525 per quintal yielding a return of 96.5 per cent over cost. The highest per centage increase in MSP over previous years is for ragi (52.47 per cent) followed by jowar hybrid (42.94 per cent).

The MSP of paddy (Common) that is expected to cover maximum number of farmers has been revised by 200 per quintal (from 1550 per quintal last year to 1750 per quintal in KMS 2018-19) close to 13 per cent; far below to match the rhetoric on doubling the farmers’ income. The cost of cultivation calculated by the government agencies has also been debatable because the progressive agriculture practised in the north-west of India (Punjab, Haryana and Western Uttar Pradesh) is not comparable to the traditional cultivation in eastern states of Orissa, West Bengal and Chattisgarh. The cost of cultivation is far higher in some states and the farmers do not feel adequately compensated for their crops.

The long-awaited announcement of the government near the completion of its tenure has brought some respite to the farmers but the uncanny prevails. Jagtar Singh Brar, a farmer from village Mehma Serja, district Bhathinda, told that he sold his moong crop last week for `4,600 per quintal against the MSP (KMS 2017-18) of 6,161 per quintal at a grain market in Jagraon near Ludhiana. The revised price of Moong (KMS 2018-19) is 6,975. “Who will give us as per the revised MSP when we are not getting even the last year’s MSP?” He has no hope to earn remunerative price on crops other than wheat and paddy as the procurement system is fragile. Brar laments that he chose to pursue agriculture over a lucrative job after completing his post-graduation. He pursued agriculture with a passion but his income level has been dwindling; at the same time, his peers in other professions have a regular income with a growth graph year-on-year. The rate of land lease has to go through the roof and those who cultivate on leased land find it difficult to sustain.

Most of the farmers interviewed told that their experiments with horticulture crops and diversifying to cereals met with a complete failure as there are no takers at the remunerative prices. Nafed (National Agriculture Cooperative Marketing Federation of India) does not have the wherewithal to procure the produce and state government agencies are apathetic.

Ajayvir Jhakhar, a strong proponent of farmers’ welfare and Chairman of Bhartiya Krishak Samaj told that MSP is not a panacea for the sufferings of farmers. While he agrees that the MSP hike is a welcome step and will boost the farmers’ income but will remain limited to a small per centage of households. Of the total crop, only 25 per cent of paddy is procured under MSP, the rest are left to market forces. This will raise the aspiration levels of the farmers and may prove counter-productive for the government. Only 7 per cent to 10 per cent of the farmers get benefitted by MSP and rest of them run from pillar to post to dispose of their produce. So MSP is not an answer to India’s Agriculture crisis, he added.

Let’s take a look at the preparation of the Government. The targets for the Kharif procurement would be taken up in a meeting lined up for July 31, informed the sources in food ministry. The procurement of wheat also jumped the target this year- against the target of 33 million tonne, 35 million tonne was procured.

There is an urgent need to augment the storage capacity with the procurement agencies lest the precious grain is piled up in an unscientific manner to serve the rodents. The Food Corporation of India has 70 million tonne storage capacity but there remains a space crunch during the harvesting season. The Shanta Kumar Committee gave its recommendations for restructuring of Food Corporation of India in 2015 to plug the leakages in storage and bring more farmers to the ambit of procurement. Nothing concrete has come out. There was a proposal of developing small silo hubs in villages on PPP model so that farmers need not transport the produce to distant markets but the files are biting the dust. Government agencies find it difficult to organise land for such causes.

The trade experts are sanguine over the MSP hike but at the same time apprehensive over the benefit to farmers. Dilip Bhai Patel, President of All Gujarat Cotton Ginners Association told that increase in farmers’ income is beneficial for the entire economy but the intermediaries in the commodity market are a threat to the producers. The transportation of crop from the farm gate to market yard makes farmers dependent on intermediaries who skew the terms-of-trade for their own benefit. 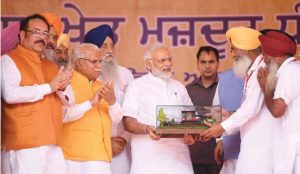 The visit of Prime Minister Narendra Modi to Malout in Punjab on July 11, in a thanksgiving rally jointly organised by the ally Shiromani Alaki Dal and BJP (Punjab), uncovers the intentions of the Government behind MSP hike. Far from farmers’ welfare, it’s a pure political decision eyeing the electoral gains. 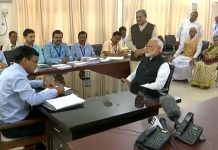 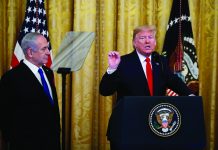 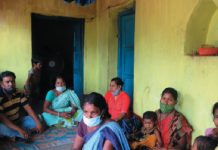