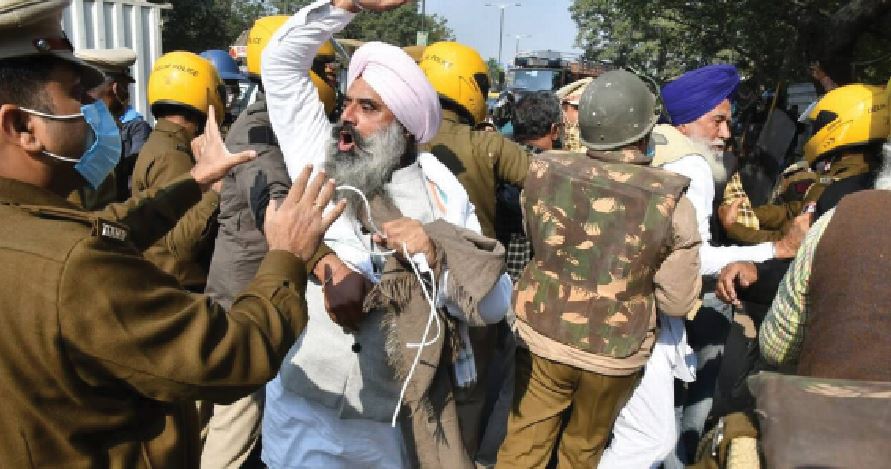 I’m thinking only and only of our farmers. They are providers of our daily bread and upkeep. In fact, each time one chops veggies or boils the rice or kneads the besan — flour combination, or slices fruit, thoughts gather around the farmers. After all, they are the ones who grow vegetables and wheat and rice and the rest of the food bandobast.

Farmers could be termed more than family and friends. They keep us alive. As they feed us, day after day! Yet we have bypassed and ignored the farmers. Just look at the way they are being ill-treated by the political rulers of the day. Acts passed in these pandemic times, without even consulting the farmers. Why the great impatience and hurry to pass the three controversial Farm/Agriculture Acts? Why no consultative meets and discussions held with the farmers and their leaders? Why the well-known academic and experts on agriculture not consulted?

For the last couple of days I have been speaking to farmer families and they have focused on these hitting basics — Why the three controversial Farm/Agriculture Acts passed when pandemic crisis was holding out and with that a complete shut down on all activities? Doesn’t the government’s impatience to pass these Acts comes across as more than bizarre? Why the ongoing protests by the farmers ignored by the government all these months? Why the rising number of farmer suicides not taken seriously? After all, as more and more of our farmers hanged themselves, it relayed their sheer agony and anguish! Yet, we, the well fed, sat back, unbothered and unconcerned, of these deaths taking place in our very courtyards!

Today, of course, the farmer could no longer hold back his disgust and is out on the highway, demanding that the three Acts be rolled back. In fact, a young Sikh farmer from Punjab, told me, “We are being pushed back to those dark ages, where our lands and livelihoods could be snatched from us under any of the prevailing governmental tactics …What happens to our ancestral lands? What happens to the future of our children? It gets difficult to describe how wary and apprehensive we are of the government moves…No, we cannot trust this government, none of these ministers can be trusted …This is one of the reasons why the protesting farmers are reluctant to move from the highway to the Burari grounds. Why? Because the images of the Jallianwala Bagh massacre haven’t really faded and hold out to this day …Burari grounds could be used by the cops and the Agencies to jail or nail us!”

Yes, there is not just apprehension but also anger. Young farmers point out the establishments’ sheer apathy towards the plight of the farmer. Yes, we have been unfair to our farmer. Look, how we are treating him! Hell bent on destroying him. Forcing and compelling him to kill hang himself. Reducing him to becoming a pauper or a labourer on daily wages…One news report after another of the farmer sitting ruined overnight, cheated by the bunch of promises made by the sarkaar of the day.

I trace my roots to a small qasba in Uttar Pradesh and so I’m well aware of the ground realities to farmers and farm lands. Today, the situation stands at a strange juncture. And in the midst of fears and insecurities and apprehensions and anger, the farmers’ movement is gaining ground. People from the different walks of life are joining in. Doctors and other medical professionals, activists, academics and students, anti — CAA protestors of Shaheen Bagh are also joining in …in fact, people from all walks of life except, of course, the hardcore Sanghis.

Mind you, each one of us could reach out to the farmer. To begin with, each time you sit down to have your meal — rotis and rice and daal and subzis — think of the farmer! And with that think hard how to help him out from the ongoing distress heaped on him by the rulers of the day.

Mind you, if the government does not relent this movement could spread out. Become a national level movement. Very soon, this farmers movement could compound and gain the distinction of becoming a major revolt, carrying with it cries for better governance if nothing else!

We Indians are going through a dark phase. A politically turbulent crisis phase. Our growing restlessness can no longer be contained by the stale political speeches. Nor can we be ripped apart by third class political distractions in the name of the so called love jihad. Nor those re-naming strategies hold out; the Right- Wing’s strategy of renaming roads and cities and towns! As though those useless renaming sessions will come to our rescue! None of those government’s assurances hold out as they are turning out to be so very bogus!

Already gloom and sadness spreads around. All around deterioration and decay are spreading out. Perhaps, best relayed in this particular verse of Sahir Ludhianvi:

If there is a reason for my angry songs, it is this

That when I see the hungry farmers

The poor, the oppressed, the destitute, the helpless

My heart cannot participate in assemblies of pleasure

Even if I wish, I cannot write dreamy songs of love.