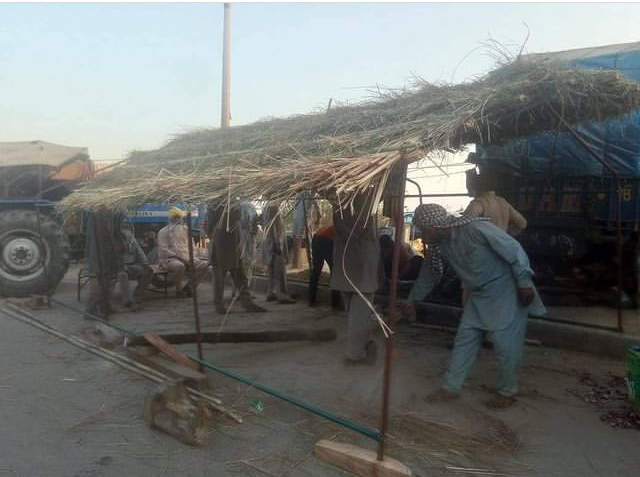 Farmers, who have been protesting against the three controversial agricultural laws since late November, have now started building brick houses at Tikri border.

After struggling with winter chills, facing internet curbs, and other restrictions to confine their movement – such as barbed wires – over the last three months, protesters are ready to strengthen their agitation and continue the sit-in amid a deadlock with the government.

Protesting farmers have built around 25 permanent houses along the Tikri border near Haryana. According to reports, they are paying for the building material and not for labor costs as it is being provided to them for free.

Kisan Social Army is leading the initiative and supporting the farmers to construct permanent shelters at the Tikri border as their agitation against farm laws enters the fifth month.

While speaking to the media, Kisan Social Army’s Anil Malik said, “These houses are strong, permanent just like the will of the farmers. 25 houses built 1000-2000 similar houses to be built in coming days.”