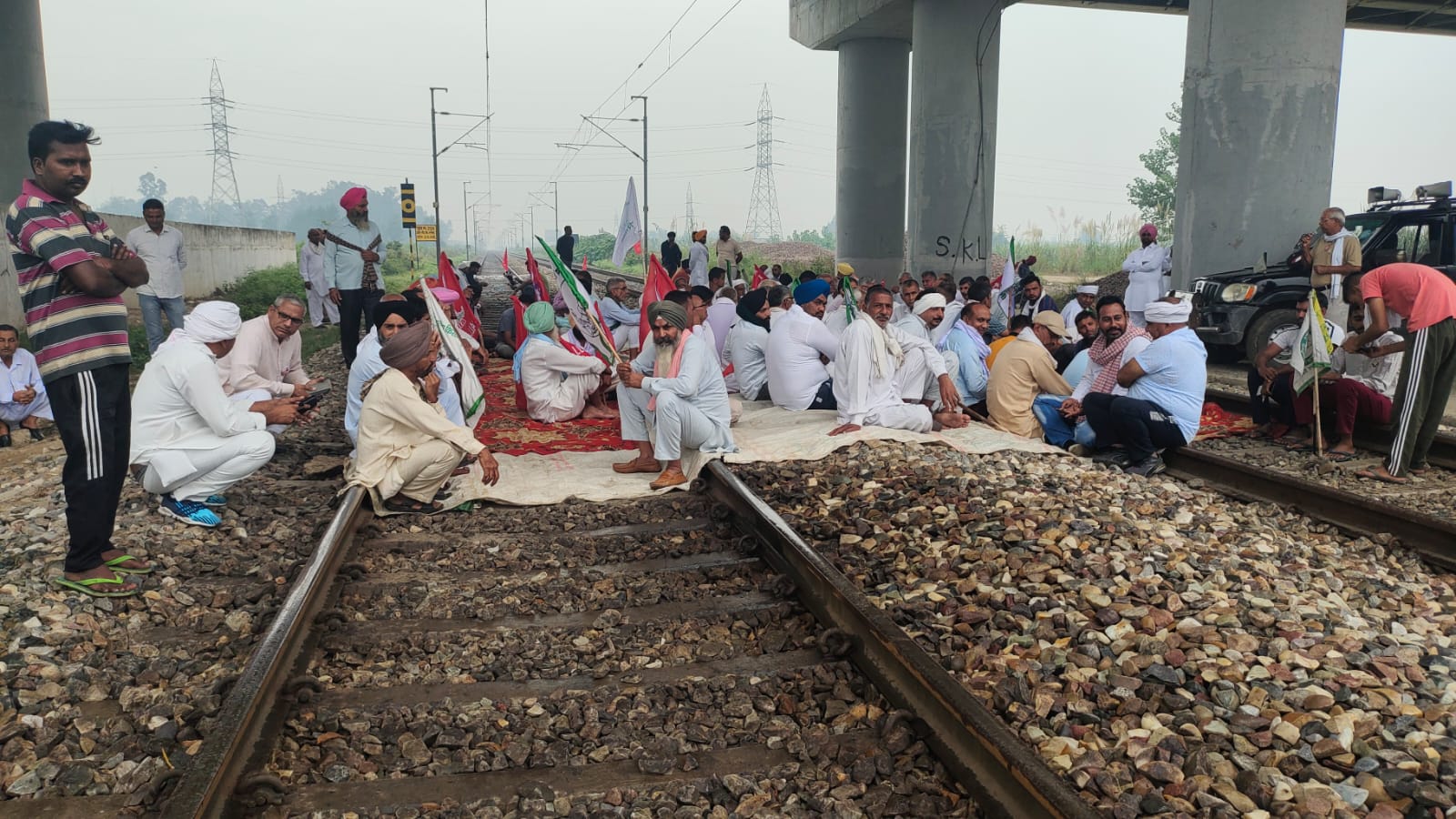 Demanding the removal of Union Minister Ajay Mishra, farmers on Monday blocked railway tracks in some parts of Punjab and Haryana as they staged a ‘Rail Roko’ protest.

The farmers’ body has called for a six-hour long nationwide ”Rail roko” agitation. The SKM, which is spearheading the agitation since last year, has alleged that Ashish Mishra — son of Union minister Ajay Mishra — was sitting in the vehicle which mowed over the cultivators.

In Punjab, protesting farmers started blocking four sections at the Ferozpur railway division from 5.15 am onwards, said an official spokesperson.

The police in Uttar Pradesh have imposed 144 of the CrPC which prohibits a gathering of four people in an area. The police have also warned of strict action against those who participate in the agitation.

Ajay Mishra’s son Ashish Mishra is the chief accused in the Lakhimpur Kheri violence case. On 8 October, at least eight people were killed after a vehicle ran over farmers who were coming back from a protest against the Centre’s three farm legislation.