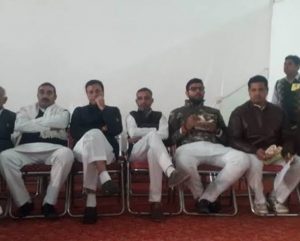 The BJP candidate won by over 12,935 votes and its candidate got 50,566 votes, followed by Digvijay Singh Chautala of JJP who got 35,293 votes, while Randip Surjewala of Congress could get only 22,740 votes. Vinod Ashri of Loktantra Suraksha Party (LSP) was placed at number four while Umed Redhu of INLD emerged at number five.

What proved decisive in BJP win was, split in Chautala family and late push given by Haryana CM Manohar Lal Khattar to Midha’s campaign by holding a rally in Jind three days ahead of the election and that proved to be a masterstroke.

INLD and the Chautala family underwent a bitter split in November last year when Ajay Chautala and his sons Dushyant, Member of Parliament from Hisar, and Digvijay, a student leader with Indian National Student Organisation (INSO), were expelled from the party. Candidates of warring Chautala clans were pitted against each other in this election.  Digvijay Chautala is the younger son of jailed leader Ajay Singh Chautala, who broke away from the INLD and formed his own party.

Digvijay campaigned heavily in Jind and also formed an alliance with Aam Aadmi Party (AAP) ahead of polls. AAP convener and Delhi CM Arvind Kejriwal held a rally in Jind, backing JJP two days ahead of the election date.  However, INLD called JJP’s election bid a ‘greedy power grab’. The by-election had become prestigious because Congress had fielded its best bet, Randip Surjewala, sitting MLA from Kaithal while INLD and its splinter group JJP had raised personal issues in this election. Midha is the son of Hari Chand Midha, a two-time MLA from Jind, who had won in 2009 defeating former minister, Mange Ram Gupta of Congress. Again during Modi wave of 2014, Hari Chand Midha had won from Jind defeating Surinder Barwala of BJP.  After his death, his son, Krishan Midhamoved to BJP.

The Jind Assembly by-election result provides a glimpse into the political sentiment in Haryana months ahead of the Lok Sabha elections and the state elections scheduled for latter this year. 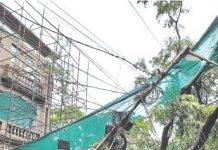