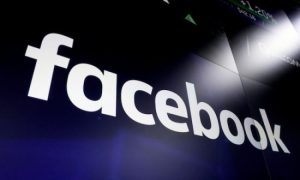 Facebook Inc on Monday said it had removed 687 pages and accounts linked to India’s main opposition Congress party because of “coordinated inauthentic behaviour” on the social media platform.

“We removed 687 Facebook Pages and accounts — the majority of which had already been detected and suspended by our automated systems — that engaged in coordinated inauthentic behaviour in India and were linked to individuals associated with an IT Cell of the Indian National Congress (INC),” the statement said.

Reacting to Facebook action, the Congress party took to its Twitter account and tweeted, “This is to clarify no official pages run by INC have been taken down. Additionally, all pages run by our verified volunteers are also unaffected. In the meantime, we are awaiting a response from Facebook to provide us a list of all pages/accounts that they have taken down.”

Apart from this, Facebook has also removed 103 pages, groups and accounts on its platform and Instagram for engaging in similar behaviour as part of a network that originated in Pakistan.

“We removed 103 Pages, Groups and accounts on both Facebook and Instagram for engaging in coordinated inauthentic behaviour as part of a network that originated in Pakistan,” it said.

Head of Cybersecurity Policy at Facebook Nathaniel Gleicher said that the removal was not based on the content that was shared by these pages and groups. It was based on their behaviour.

“We are constantly working to detect and stop coordinated inauthentic behaviour because we don’t want our services to be used to manipulate people. We’re taking down these Pages and accounts based on their behaviour, not the content they posted. In each case detailed below, the people behind this activity coordinated with one another and used fake accounts to misrepresent themselves, and that was the basis for our action,” Gleicher added.

India’s Lok Sabha elections are scheduled to begin on April 11 and will end on May 19. 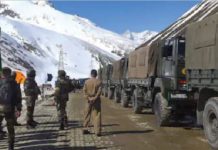