The Indian government has sought explanation from Facebook by June 20 over reports of sharing of users’ information without their consent with mobile manufacturers.

“Recently there are media reports claiming that Facebook has agreements which are allowing phone and other device manufacturers’ access to its users’ personal information, including that of their friends without taking their explicit consent. The government of India is deeply concerned about reports of such lapses violations,” Ministry of Electronics and Information Technology said in a statement.

The government added in its statement that “in response to earlier notices regarding the breach of personal data relating to the Cambridge Analytica row, Facebook had apologised and given strong assurances to the government that they would take sincere efforts to protect the privacy of users’ data on the platform.”

Therefore the Ministry of Electronics and Information Technology has also asked for a detailed factual report.

Statement said, “However, such reports raise uncomfortable questions about the assurances made by Facebook.”

This comes in backdrop of the meeting of parliamentary standing committee on information and technology attended by Union home secretary Rajiv Gauba and National Cyber Security chief Dr Gulshan Rai, along with other cyber security and intelligence officers which took place in May. Experts discussed citizens’ data security and privacy issues after the Cambridge Analytica row and Facebook users’ data breach issue.

Meanwhile, on June 7 the Facebook said that their 14 million users who thought they were posting a message just to friends or smaller groups may have actually been sharing their posts or messages widely with the general public due to a software bug that was active from May 18 to May 27.

“Starting today we are letting everyone affected know and asking them to review any posts they made during that time,” Erin Egan, chief privacy officer said in a statement.

“We’d like to apologize for this mistake,” Egan said. 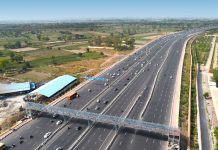 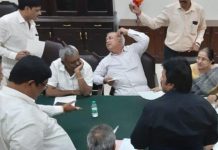