Harvard Business Review once named it “The Sexiest Job of the 21st Century”. The sexiest job, I mean the job of a ‘data scientist’, is under fire now.

It’s a ‘Bleak House’ scenario. Now a data scientist, one of the richest men in the world and owner of Facebook, and a scandalous-data-firm are all at loggerheads over an issue that involves nearly fifty million Facebook users! These tens of millions of users have been affected in this massive data-leak. Their personal and most sensitive information has been used for commercial purpose — to rig and swing elections. Maybe, you are one of the affected! The fall-out is intensifying as the “#DeleteFacebook” movement gains momentum.

Facebook is subjected to attack from every quarter now. The question is how a data-firm, Cambridge Analytica, has used Facebook users’ private data in various political campaigns. The scandal attacks a variety of segments in our society. Now, one of the world’s best university (unexpectedly the name coincides) — University of Cambridge — also comes under fire for allowing its staff psychologist Alexander Kogan to collate the ‘Big Data’ over the years. Kogan has been accused of leaking the data for commercial use and Facebook has been accused of incompetence. They allowed Kogan to play with sensitive information of tens of millions of users!

It happened because Facebook kept their app permissions open for such exercise. Now the question is will they stop this from happening again?

Cambridge Analytica is a private company. They used nearly fifty million Facebook users’ private data without their knowledge and consent. What have they done with the data? They used that data to rig and swing elections. Yes, it’s a part of their big-data-business. The former head of that disgraceful company, Alexander Nix, boasted that they had manipulated votes in Nigeria. They were active in US election and took part in “Crooked Hillary Campaign.”

But how did they get that big-data? Yes, another Alexander, this time Alexander Kogan, a psychologist working at Cambridge University, had supplied it to them.

It’s not ethical, we know that. Technologically it’s a little bit creepy also. Standards of morality, where open source technology is involved, seem to be dropping. Technology can not live with the shame of other people mishandling the users’ data without their knowledge and consent.

You cannot call it a data-breach. No one hacked into Facebook accounts and stole the passwords of nearly fifty million users. Actually, it was Facebook; it allowed their apps to access the sensitive information of not only people who used those programs but of their friends as well. Why didn’t Facebook respect their users? Why didn‘t they step up to limit the developer‘s access to the sensitive information of people who were faithful users of this social media giant for years? Who will answer those questions?

At least Cambridge Analytica will not answer them. They have fired CEO Alexander Nix. As if, having fired him, they have emerged into the bright sunlight from the darkness of scandal; they are now as sweet as pie and as pure as gold.
Suddenly the company‘s ownership has come under the spotlight. In the US, the famous Mercer family backs it. This family is a staunch Donald Trump supporter. In the UK, it is linked with the SCL group. Immediately after the data leak the Theresa May government has come out sharply and claimed they have no contracts with SCL group now.

But in the past, the UK government had worked with it. Not only that, the company was given access to the confidential documents. At that time this company worked with the ministry of defense. It happened while both the Labour and the Conservative parties were in power.

At first, Facebook didn’t say a word. They suspended Kogan‘s account. And those of Cambridge Analytica and SCL. They also conducted a forensic audit and a reputed security firm Stroz Friedberg has actually been auditing it since the leak.

Finally, Zuckerberg broke the five-day silence. He wrote a Facebook post, where he said, “We have a responsibility to protect your data, and if we cannot, then we don‘t deserve to serve you.” A very touchy and emotional note indeed!
But it does not end his trouble. Zuckerberg’s friend and one-time partner, WhatsApp co-founder Brian Acton also joins the “#DeleteFacebook” movement. A vehement force of deleting Facebook accounts gains momentum with Acton‘s participation. WhatsApp was bought by Facebook for $17 billion in 2014. Acton left WhatsApp in the last year. He tweeted, “It’s time #DeleteFacebook”. Several media outlets are publishing guides of ‘how to permanently delete Facebook account’.

Facebook failed to protect user’s data, so lawsuit followed. A complaint was filed in the US district court in San Jose. Several will follow seeking damages. It’s a tough time ahead for Mark Zuckerberg. No doubt. After the data harvesting was revealed, the drop in Facebook share price was evident. Nearly 50 billion of market value was wiped out in a few days. The primary accused, Alexander Kogan, a research associate at the University of Cambridge, said, “I notified the Facebook of my actions. But they didn’t take any action.”

In 2014, Kogan had used an official Facebook Inc. platform for developers and he changed the terms and conditions. He claimed that he changed his “app” form research to “commercial” purpose. He saidsomething is true although it has not been proved and other people may not believe it. According to him, Facebook at that time didn’t object to his actions. Did Facebook know it at all? The chief operating officer of Facebook Sheryl Sandberg, while sharing Zuckerberg’s post, wrote in her account, “We know that this was a major violation of people‘s trust, and I deeply regret that we didn‘t do enough to deal with it.”

But this candid confession is not enough. The sizable storm is about to break all over the world. In the US, consumer body Federal Trade Commission has opened an investigation into whether Facebook violated a privacy agreement. Australia’s Information and Privacy Commission have demanded that Facebook provide information on whether any Australian was affected by this unauthorized use of profile data. Israel’s Privacy Protection Agency has already started an investigation.

Turing award winner Jim Gray once imagined data science as a “fourth paradigm” of science. Besides empirical, theoretical, and computational, now, science is data-driven. Everything about science is changing. Because of this massive impact of information technology and the data-deluge, it is now increasingly difficult to keep track of big data. However, this represents only the tip of the iceberg since as many as most of the data-breach cases go unreported. 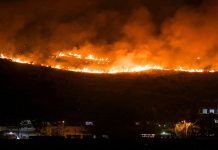 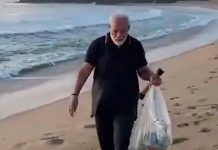