The documents, which were released by US whistle blower Haugen, revealed the tech giant’s tactics that included bids to market its products directly to children. The choices being made inside the tech company were disastrous for children, public safety, privacy and democracy, Haugen said. A report by Amit Agnihotri.

Global social media giant Facebook has once again courted controversy after a former employee alleged that the US-based company was putting its astronomical profits over the safety of people.

“We can have social media we enjoy that connects us without tearing our democracy apart or democracy, putting our children in danger, and sowing ethnic violence around the world,” Frances Haugen, a former Facebook manager, said while testifying before a US Senate sub-committee.
In India, a huge political controversy erupted last year over alleged misuse of social media platforms like Facebook and WhatsApp with the ruling Bharatiya Janata Party and the opposition Congress blaming each other for manipulating the medium.

India is the biggest market for the United States-based Facebook with over 340 million users and for Facebook-owned WhatsApp which has 400 million users in the country.
Recently, the Supreme Court of India too expressed serious concern over “fake news” circulating on social media, communal tone in the news shown on some channels and the lack of accountability on such platforms.

The latest controversy started in the US last month when Facebook faced flak following the leak of incriminating documents to the US Securities and Exchange Commission and The Wall Street Journal newspaper.

The documents, which were released by US whistleblower Haugen, revealed the tech giant’s tactics that included bids to market its products directly to children.
The papers also highlighted the social media platform’s public health misinformation crisis and internal research that found its Instagram platform was destructive to young girls’ mental health.

The choices being made inside the tech company were disastrous for children, public safety, privacy and democracy, Haugen said, while adding, “And that is why we must demand Facebook changes.”

According to the US whistleblower, she lost faith in the tech giant’s commitment to protecting the users after the company disbanded the civic integrity team following the 2020 presidential polls, which led to the January 6 attack on Capitol Hill.

She further alleged that users were repeatedly exposed to ideas that were not true and this eroded their ability to connect with the community at large and noted that the company had knowledge that persons most exposed to such misinformation are often isolated.

“The fact that Facebook knows that its most vulnerable users, people who recently widowed, they’re isolated, the systems that are meant to keep them safe like demoting this information stop working when people look at 2,000 posts a day,” Haugen said. “It breaks my heart, the idea that these rabbit holes can suck people down and then make it hard to connect with others.”

The US lawmakers have been planning to regulate the social media giant after The Wall Street Journal ran a series of reports on Facebook’s faulty functioning.
“Here’s my message for Mark Zuckerberg: Your time of invading our privacy, promoting toxic content and preying on children and teens is over. Congress will be taking action,” Senator Ed Markey said in remarks during the Senate hearing. “You can work with us or not work with us, but we will not allow your company to harm our children and our families and our democracy any longer,” the senator continued. “We will act.”

Several tech giants, including Facebook, are facing the ire of lawmakers globally. Regulators in the European Union have passed laws cracking down on such big companies including Amazon, Alphabet, Apple and Facebook.

The US whistleblower argued that any regulation of social media should also include a specified regulatory agency that has people well-versed in the technology because most people who best understand the underlying technology already work in the technology industry.

“A safer, free speech respecting social media is possible,” Haugen said, arguing that the many revelations about the company “are only the first chapters in a story so terrifying, no one wants to read the end of it. ”She blamed Facebook CEO Mark Zuckerberg for the mess.
In his post, which Zuckerberg initially shared with the employees, he claimed that the company’s work and motives were being misrepresented, and the narrative in the media was painting ‘a false picture.’
Zuckerberg also denied the claims that the company prioritises “profit over safety and well-being.” He pointed out that Facebook’s decision to introduce Meaningful Social Interactions change to News Feed has been questioned, which showed fewer viral videos and more content from friends and family.

He also wrote that on child safety, the US Congress will have to step in and update regulation, and cannot leave it to private companies.
“If we didn’t care about fighting harmful content, then why would we employ so many more people dedicated to this than any other company in our space — even ones larger than us? If we wanted to hide our results, why would we have established an industry-leading standard for transparency and reporting on what we’re doing,” he wrote.
“The argument that we deliberately push content that makes people angry for profit is deeply illogical. We make money from ads, and advertisers consistently tell us they don’t want their ads next to harmful or angry content. And I don’t know any tech company that sets out to build products that make people angry or depressed,” he said.

FB in India
The row had started last year with a report published in The Wall Street Journal quoting unnamed Facebook insiders who claimed that one of the India policy head Ankhi Das intervened in an internal communication to stop a permanent ban on a BJP lawmaker from Telangana T Raja Singh after he allegedly posted communal, divisive content against Rohingya Muslims.

Citing the WSJ report, Rahul Gandhi led the Congress charge alleging that it was evident that the BJP manipulated social media. “BJP and the Rashtriya Swayamsewak Sangh control Facebook and WhatsApp in India. They spread fake news and hatred through it and use it to influence the electorate. Finally, the American media has come out with the truth about Facebook,” Rahul had said.

Responding to the Congress charge, then Union Minister for IT Ravi Shankar Prasad had said: “Losers who cannot influence people even in their own party keep cribbing that the entire world is controlled by BJP and RSS. You were caught red-handed in alliance with Cambridge Analytica and Facebook to weaponize data before the elections and now have the gall to question us.”
Cambridge Analytica, a United Kingdom-based data firm, was accused of accessing data of millions of Facebook users to help elect US President Donald J Trump in 2016. In 2018, there were allegations that the UK-based firm also offered the Congress data from Facebook posts to influence voters in the 2019 Lok Sabha elections.
The Congress had denied the allegations made by the minister but following the controversy Ankhi Das had to quit.

Mumbai cruise-drugs scandal
While Zuckerberg claimed a false narrative was being painted in the media to defame his platform, the arrest of Aryan Khan, son of Bollywood star Shah Rukh Khan, for recovery of drugs during a rave party on a cruise ship created another media storm.

The Narcotics Control Bureau arrested Aryan along with seven others and claimed that the raid on the cruise ship led to recovery of 13 grams of cocaine, 21 grams of charas, 22 pills of MDMA and 5 grams of MD.

Though no drugs were found on Aryan, the NCB, while seeking an extension of his custody, had said his WhatsApp chats suggested involvement of international drug cartels and needed deeper scrutiny.
Aryan’s lawyer Satish Manshinde argued that as no drugs were found on him, he could not be held responsible for the seizures made from others. But Additional Solicitor General Anil Singh had argued that the case “had to be looked at in its entirety”. Subsequently, Aryan was sent to jail.

The Congress and the Nationalist Congress Party, both part of the ruling coalition in Maharashtra, accused the BJP of trying to the change the narrative after the haul of 3,000 kg Heroin at the Mundra port in Gujarat recently.

“In the alleged rave party on the cruise, negligible amounts of drugs were found, but there is so much hype and media attention added to the filmi style actions of the NCB. It shows the NCB was sleeping when Rs 20,000 crore worth drugs was brought to India but makes big drama for a few grams of drugs. If the investigative agencies are serious and independent, then they should find out the culprit in the Gujarat port drug case. Why are they dragging feet there because the port is owned by PM Modi’s friend Gautam Adani?” Maharashtra Congress spokesperson Sachin Sawant said.

The NCP alleged that a false case had been registered against Aryan Khan and things were being manipulated by the NCB. Cabinet Minister and Chief Spokesperson of NCP, Nawab Malik said the two unknown men spotted escorting Aryan and his friend Arbaz Merchant on October 2 were BJP men. Malik had shared two videos in which one person was seen escorting Aryan to the NCB office, while the other was with Merchant.

The agency said the two men were independent witnesses but the NCP leader claimed that the person seen with Aryan was K P Gosavi and the one escorting Merchant was Manish Bhanushali. “These two are BJP representatives. Bhanushali holds the position of vice president as per his Facebook status, but BJP should clarify how he is associated with the party. There are multiple photographs of him with PM Modi, home minister Amit Shah and BJP president JP Nadda,” Malik said. 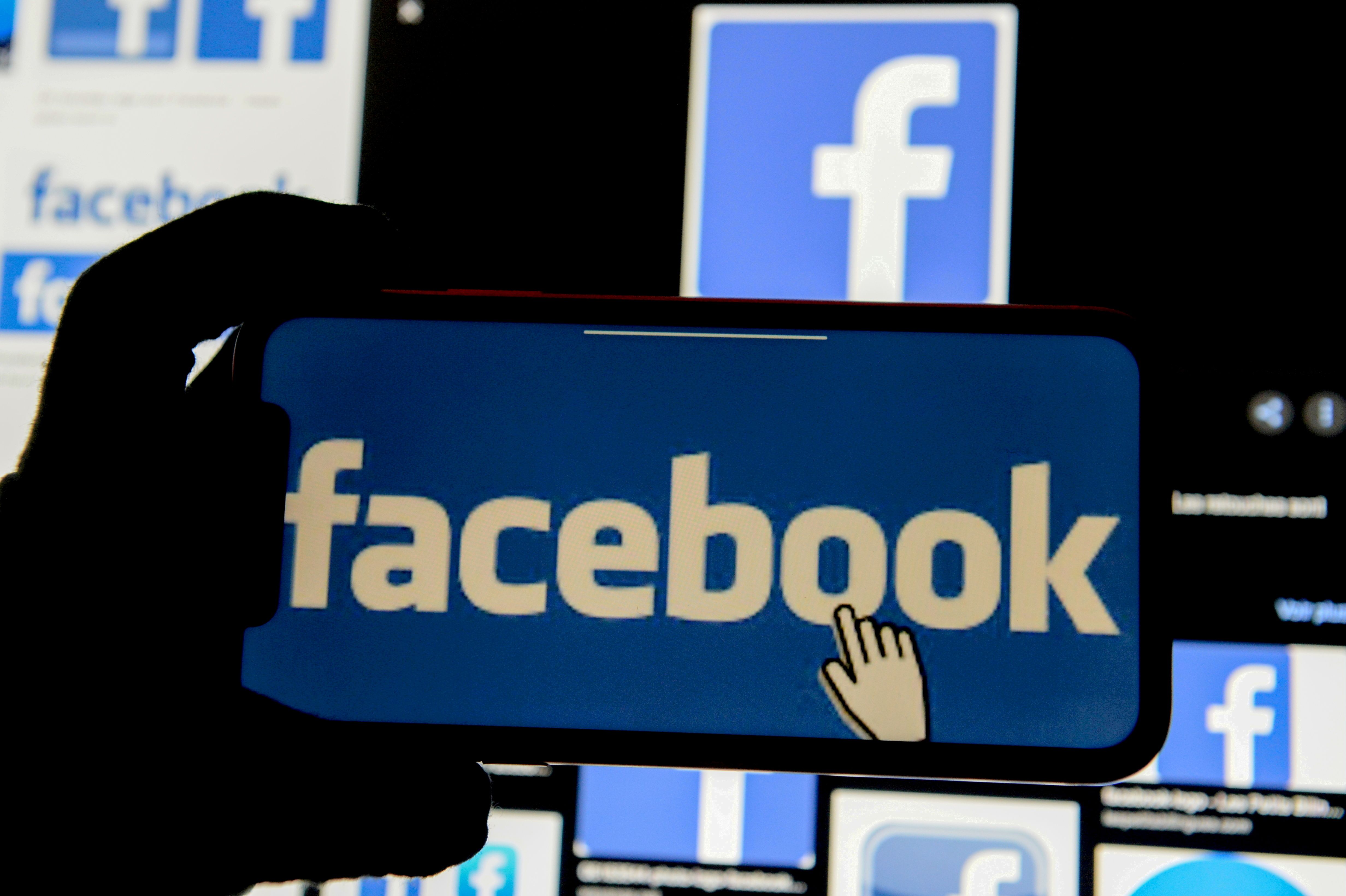 “I want to know how a private person is escorting the accused and especially when he is associated with the ruling party? We expect a clarification from the NCB.”
Malik also alleged that since the case involving suicide of actor Sushant Singh Rajput and alleged use of drugs, the NCB had been targeting Bollywood.
“The videos of seizure that the NCB shared with the press clearly show that they were shot in the NCB office. The entire operation was fake and carried out with the sole purpose of hogging publicity. Not a single gram of drug was seized from the arrested people. No panchnama was done. Some days ago, there was information that Shah Rukh Khan would be the next target. You are aware of the relations between the BJP and SRK,” Malik said.

The Maharashtra cabinet minister further said that they tracked the location of Bhanushali and found that he was in Ahmedabad in the last week of September meeting various politicians. During the same period drugs worth thousands of crores were seized at Mundhra port run by Adani group. “The agency must clarify if these two cases have any links,” said Malik.

Bhanushali denied the charge, saying, “I just gave information to the NCB as a responsible citizen, I was there in the capacity of a witness as requested by the NCB. My party (BJP) has nothing to do with the arrest. I don’t hold any position in the party; I am just a worker. Malik’s allegations are baseless. I will file a defamation case against him. My life is in danger, the government should provide security to me.”