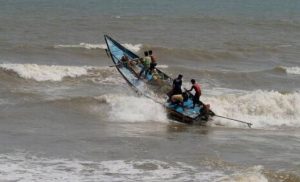 The Extremely Severe Cyclonic Storm ‘FANI’ over West-central   & adjoining Southwest Bay of Bengal moved northwestwards with a speed of about 10 kmph in last six hours and lay centred at 0530 hrs IST of May 1over West central and adjoining Southwest Bay of Bengal, about 680 km south-southwest of Puri (Odisha) and 430 km south-southeast of Vishakhapatnam (Andhra Pradesh).

It is very likely to move northwestwards during next 12 hours and thereafter recurve north-northeastwards and cross Odisha Coast between Gopalpur and Chandbali, to the south of Puri around May 3 afternoon with maximum sustained wind of speed 175-185 kmph gusting to 205 kmph.

(iii) Diversion or suspension of rail and road traffic.

(v) Movement in motor boats and small ships not advisable.

(b)  The cyclone is also likely to have a strong impact in Kendrapara, Bhadrak, Jajpur, Balasore districts of Odisha and east & west Medinipur, south & north 24 Parganas, Howrah, Hoogli, Kolkata districts of West Bengal and Srikakulam, Visakhapatnam and Vijayanagaram districts of Andhra Pradesh.

NDRF and Indian Coast Guard have been put on high alert and are coordinating with State Government Authorities. 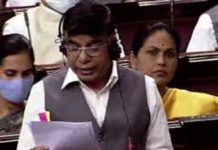