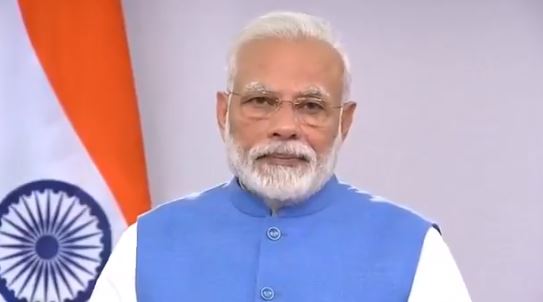 Prime Minister Narendra Modi on Friday said that he was extremely anguished over the deaths of migrant workers, who were run over by train in Maharashtra’s Aurangabad.

He said the Union Railway Minister is closely monitoring the situation and assured that all possible assistance will be provided.

“Extremely anguished by the loss of lives due to the rail accident in Aurangabad, Maharashtra. Have spoken to Railway Minister Shri Piyush Goyal and he is closely monitoring the situation. All possible assistance required is being provided,” PM Modi tweeted.

The incident took place earlier today when a goods train ran over some labourers near Karmad, Aurangabad. Railway Police Force (RPF) and local police rushed to the accident site.

The labourers had been walking along the train tracks and apparently slept on the tracks after exhaustion. They were run over by train early Friday morning while they were sleeping.

Ministry of Railways in a tweet said, “During early hours today after seeing some labourers on track, loco pilot of goods train tried to stop the train but eventually hit them between Badnapur and Karmad stations in Parbhani-Manmad section Injureds have been taken to Aurangabad Civil Hospital. Inquiry has been ordered.”