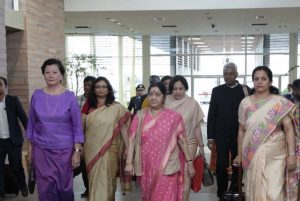 Swaraj, on Tuesday also met numerous foreign dignitaries from Japan, Sri Lanka and Bangladesh in order to strengthen bilateral relations and strategic partnership with the respective nations. She also co-chaired the 16th meeting of the Joint Commission in Vietnam’s capital, Hanoi, along with Vietnamese counterpart Pham Binh Minh. Numerous Memoranda of Understanding (MoUs) were also signed between the two countries.

The aim of Swaraj’s visit to Cambodia is to deepen India’s strategic cooperation with one of the key ASEAN countries amidst China’s rising influence in the region.

On her four-day two-nation tour, she was received by Indian Ambassador to Cambodia, Manika Jain, and other senior officials at the Phnom Penh international airport on Tuesday. 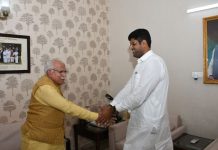 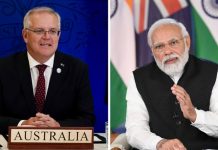