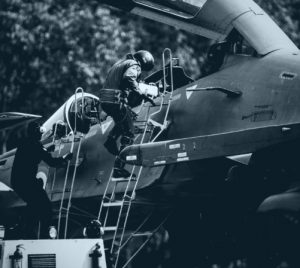 A service-specific exercise between the Indian Air Force (IAF) and Russian Federation Aerospace Force (RFSAF) began at Air Force Station, Jodhpur, Rajasthan, on Monday. The exercise will conclude on December 21.

The first phase of the joint exercise called ‘Ex AVIAINDRA’ between IAF and RFSAF was conducted in 2014. EX AVIAINDRA-2018 is the second in the series of bilateral joint exercise, which is planned in two phases between India and Russia. For the exercise, the foreign participant does not bring its air assets.

IAF pilots along with RFSAF pilots flew RFSAF aircraft during the training exercise held in September this year in Lipetsk, Russia.

Indian Air Force tweeted, “A variety of missions would be flown in a counter-terrorism scenario during Aviaindra-18. Aim of ex is dual fold: To enhance mutual cooperation & understanding between IAF & RFASF while flying missions in fighter, transport & helicopters of Russian origin.”

In India, the RFSAF-IAF pilots will fly the IAF aircraft, which are common to both Air Forces.