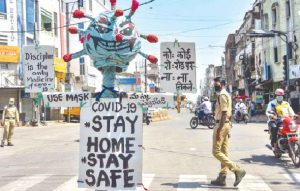 Together with stating what ‘activities’ are to be allowed or disallowed in the red and orange and the hot spot zones of the country, its best if the establishment also puts forth what’s to be spoken out and what all is to be camouflaged or throttled!

If a student or an activist or a scholar speaks out beyond the unwritten dictates or against the unwanted political ploys of the day, there’s that possibility of getting slapped with FIRs! Unfortunate and undemocratic, that instead of holding discussions and meetings, and dialoguing with the students and scholars, their voice is getting all too throttled. Why?

Even in this ongoing lockdown state, when the entire atmosphere has begun to unnerve and suffocate, there’s begun that unwarranted crackdown on not just the university students who were, perhaps, naïve enough to have thought that healthy democracy still prevails and with that they could raise their voice, but even scholars are not getting spared. In fact, last weekend I was shocked to read news reports stating that sedition charges have been slapped on the country’s leading scholar-academic-publisher, who is presently heading the Delhi Minorities Commission, Dr Zafarul Islam Khan.

Already much dissection has been done on that one particular tweet of his tweet, which he himself introspects upon and says that it was, “ill-timed and insensitive in the midst of a medical emergency faced by our country.” He also goes on to stress and reiterate – “I stand by my views and convictions. I will continue, now and in future, the fight against hate politics in the country. FIRs, arrests and imprisonments do not change this path which I have chosen for myself consciously years ago to save my country, my people, the Indian secular polity and the Constitution.”

Perhaps, it gets significant to ask: is it that one tweet that’s got the wrath of the Right-Wing or is it because this scholar has been absolutely forthright and brave to be taking on the Right Wing moves, ever so strongly and persistently. As a committed earnest citizen, he has been vetoing the Right- Wing ploys, with facts and more facts. Braving all possible odds, trying his utmost to see to it that the democratic fabric of our country remains intact.

He is indeed one of those scholars who has always spoken out. He is also one of those respected authorities on Islamic teachings and writings. Not to overlook the fact that his father is the well-known Islamic scholar, Maulana Wahiduddin Khan….I have interviewed Maulana sahib on more than one occasion and even before he spoke, his eyes shone with sheer ‘noorani’ brightness which gets difficult to describe … I also do recall one of my Tamil Brahmin friends, a former vice chancellor, who had gone to meet Maulana sahib, tell me, “After meeting Maulana sahib I have understood Islam and its true essence.” This academic had also told me that all along she carried a different notion of Islam, along the strain that it’s a violent religion, till she’d met Maulana Wahiduddin Khan and he told her that it cannot be so, because the very word Islam means ‘peace’.

The very first time I had attended a Dhrupad concert was in the mid-80s, at the residence of the then envoy of Qatar to India, Dr Hassan Al Nimah.The setting was absolutely perfect — under a huge white shamiana erected on the sprawling lawns of the ambassador’s residence, the two Dagar brothers, Ustad N. Zahiruddin Dagar and Ustad N. Faiyazuddin, rendered Dhrupad.

I hadn’t ever before heard such soul touching classical singing …there was something or everything divine about their rendering; taking one ever so gently towards another level altogether…I kept in touch with the Dagars and their families and was left so impressed with their modesty and simplicity that decided to delve further into their classical music, their journeys, their everyday living, their views and viewpoints ….so much that I wrote this volume on them– Dagars & Dhrupad ( Niyogi Books )

Dhrupad is one of the oldest surviving classical traditions,dating from the 15th century when a Dagar was a court musician for the Mughal Emperor Akbar …And it is continuing to this date. Today, with Ustad Wasifuddin Dagar, it’s the 20th generation of the Dagars rendering Dhrupad.

And now with Wasifuddin’s marriage to Zainab, which took place this Spring, just days before the lockdown, the legacy is sure to continue … upcoming the 21st generation of the Dagars!

In fact, the history of this classical singing, carries such diverse and interesting turns to it, that an entire feature film can be made revolving it and, of course, around the Dagar clan that’s kept it going and ongoing… And if were to focus on its recent history, then its best to quote Wasifuddin on this — “ In 1857 when the last Mughal Emperor Bahadur Shah Zafar was arrested and sent to Rangoon, almost all the courtiers left Delhi to settle in neighbouring States like Rampur, Alwar, Jaipur …Ustad Behram Khan Dagar who was already 104 years old at that time,was one of them. He travelled to Rajputana along with his entire family and at least 20 disciples. And the first State that he reached was Alwar but the Maharaja of Alwar felt his State was too small for such a great musician. So the Ustad sahib proceeded further towards Jaipur, which was ruled by Maharaja Sawai Ram Singh. He recognized the Ustad’s genius and requested him settle down in Jaipur.He also became his disciple and became so devoted to his guru that offered him a jagir of seven villages.And though Ustad sahib was touched by the gesture but told the young Mahajara, ‘what will I do with this jagir! My children will fight over this property after my death,and I would rather they devoted their lives to music than to vain battles in court over property.’ The Maharaja was deeply impressed by such wisdom coupled with far sightedness and immediately fixed a monthly salary of Rs 60 for the ustad sahib and began teaching dhrupad…his disciples grew in number and spread out. He is said to have taught Ali Baksh, Fateh Ali of Patiala, Ghokli Bai, her son Abdullah, Edu and Kabira and several others. Together with teaching he continued with his scholarly work – his work on the Shastras and Granthas is said to be unique. He devoted all his time and energy to analysing in depth all the musical technicalities contained in theoretical form in these treatises and then he explained to his students to apply these techniques along the practical strain.He could be termed almost unique in the very history of music for having taught so many musicians who went on become great in their respective fields. The last 20 years of his life may be considered his golden years; because of the Maharaja ‘s patronage Ustad sahib could spend all his time to music and teaching his disciples. In fact, he had become so deeply attached to the Maharaja that when he heard the news of the Maharaja’s death he is said to have uttered only this one sentence before himself collapsing and dying —‘ Alas, my real admirer is gone!”

The Partition phase did leave scars on artists and classical geniuses. But the Dagars took on this challenge and saw to it that Dhrupad rendering not just survives but goes on to be known far and wide, nationally and internationally, as the purest traditional form of classical rendering.

Today, Wasifuddin Dagar, the 20th generation of the Dagars, who is also the President of the Dagar Society of India, is carrying on the family parampara of Dhrupad rendering …holding concerts here and on the international circuit.

WHY YOU EVER WONDERED THE BEST KNOWN LITERARY PERSONALITIES ARE BORN UNDEE THE ‘TAURUS’ SUN SIGN!

Let Linda Goodman comment on the connect, if there’s any, between the writing prowess and the sun signs! 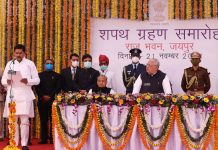 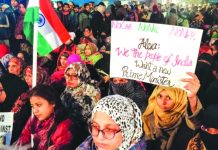