English continues to be the bane of education in government schools of Haryana. English, incidentally, is the most problematic subject for students in government schools. It is shocking indeed that almost one lakh students from Humanities stream appear for Class XII board exams in the state every year, but on an average, only around 50 per cent of them pass the examination.

Data collected from government schools all over the state reveal the fact that a maximum number of compartments are in English. Now to deal with the vexed issue, the Haryana government has launched a unique ‘I am not afraid of English’ campaign in the state. The idea is to make the base of the students studying in government schools strong in English. This will also help them in preparing for competitive exams in future.

According to Haryana Education Minister Ram Bilas Sharma, the state is now trying to promote English right from Class one in Haryana’s primary schools. Incidentally, the government’s move will strive for capacity building of the teachers so that they will be able to impart a proper education. The idea is to enable the primary students to learn the language properly. Students should be able to read, write and also speak English properly.

Additional Chief Secretary of Haryana School Education, Dheera Khandelwal said the state is serious about providing better English education to students and in this process has begun to take right steps. Slowly Haryana education department will introduce English as a medium of teaching from class in the government schools.

According to Dheera Khandelwal, a booklet containing around 1000 sentences/phrases has been prepared by the Haryana State Education Department. The booklet also contains around 200 sentences per grade for all the five grades at the primary level of schooling to enable the children to get better educated, she said.

Accordingly, there will be one Junior Basic Teacher (JBT) and one Block Resource Person (BRP) per block who have been trained for the purpose who will make the students learn the sentences per day.

Dheera Khandelwal said the government is also serious about reducing the book load of the young students in schools. As such under a new scheme `bag-free’ plan for students have been started in selected 180 government primary schools. Incidentally at present student of only class one and two will benefit from this scheme at present. The schools have provided attractive lockers for the benefit of the students where they can keep their books and notebooks.

The Haryana Education department plans to add more government schools to this scheme the current financial year. The government is also introducing English as the medium of education for the students of class I in 238 government schools from this academic session. Similarly, two subjects-English and Science are being introduced in the English medium from Class IX in 310 government schools of the state. After making the base of students strong in English, the English language will help them perform better in competitive examinations once they pass out of the college.

If the primary schools of Haryana lack facilities, the higher secondary schools are no better. According to Gurmeet Singh, a government school teacher in Hisar, it is unfortunate that there are very few libraries in the government schools of the state and thus student do not get much chance to refer to other books except their textbooks. This limits their knowledge. According to an estimate, just around 30 per cent of senior secondary schools have proper libraries with a librarian working full time. This makes the students depend on guidebooks, but they fail to catch the nuances of the languages in such books.

A large number of students in Haryana government schools are in the rural areas where often the school buildings are in a dilapidated state and lack basic facilities like water and toilets. In a number of cases, there are Hindi teachers teaching the English language to students. In other schools, there are either few teachers or most of the time they remain absent from the school. This weakens the base of the students. The Haryana government is trying to address all these issues.

Karamvir Singh, president of Confederation of SC/ST/ BC Organisations, Haryana who also managed Sarv Shiksha Abhiyan centre in Yamunanagar, Haryana said the standard of education in government schools in the state is pathetic and the government is right in addressing the issue.

“Mostly children from poor families attend the government schools and the majority of them belong to the Scheduled Castes,’’, he said.

“Almost 90 per cent of the students are very weak in English and Mathematics. Their English knowledge is zero.  In today’s world English is one of the most important subjects to learn. How will the government school students get good jobs if they have such a poor grasp of the subject? The Haryana government’s move to start English as the medium of education in at least some government schools is most welcome. The ‘I am not afraid of English’ too is a good move. Panchayats too should be involved in this effort,’’ said Karamvir Singh.

According to Pawan Jain, a senior leader of the Haryana Congress, the government should focus on the performance of the government school teachers Many of the teachers are not serious. They either do not attend properly to the students in their schools or are absent from their duties. This leads to poor performance of the students,’’ he explained. 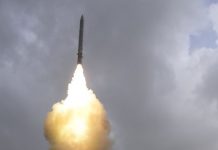