New Delhi : Enforcement  Directorate (ED) has summoned the global vice president of Chinese mobile manufacturing company Xiaomi, Manu Kumar Jain, for questioning in a probe linked to alleged contravention of the foreign exchange law, officials said on Wednesday.
The federal probe agency, according to sources, is investigating the company and its executives under the provisions of the Foreign Exchange Management Act (FEMA).
Allegations related to violation of forex laws in the Indian arm of the Chinese company over the last few years are being investigated, they said.
Jain, the former India head of Xiaomi, has been asked to furnish some financial documents linked to the company by appearing in person on Wednesday or sending it through an authorised representative.

A Xiaomi spokesperson said they were “a law abiding and responsible company.”
“We give paramount importance to the laws of the land. We are fully compliant with all the regulations and are confident of the same. We are cooperating with authorities with their ongoing investigation to ensure they have all the requisite information,” the spokesperson said.

Proceedings under the FEMA are civil in nature and the final penalty, post adjudication, can be at least three times the amount contravened under the law. Xiaomi and few other Chinese mobile manufacturing companies were raided by the Income Tax Department 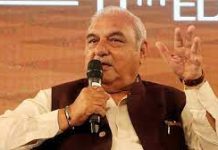