With the calling off nine-day sit-in at the Lieutenant Governor’s office by Delhi Chief Minister Arvind Kejriwal on June 19 and the IAS officers’ decision to start attending meetings convened by AAP ministers, the people of Delhi heaved a sigh of relief in the wake of uncertainty over “governance paralysis.” Sit-in, dharnas and protests by the AAP government, since it came to power in Delhi with unprecedented majority in 2015, have been its frequent defining features in the wake of power tussle between the Central Government led by the BJP and the AAP government on one or the other issue because of Delhi’s unique legislative status.

Constitutional experts feel that Delhi’s unique legislative structure is a major point of contention. As compared to other states, where the elected state government enjoys complete autonomy, elected government in Delhi finds its powers severely curtailed in presence of the office of the lieutenant-governor (LG), a political appointee of the federal government. According to some critics, the present dispensation at the Centre had begun to whittle away at the “limited powers” enjoyed by the AAP government since it assumed office in 2015.

The office of the LG is often adorned by officials loyal to the federal regime. Besides, immense powers are vested in LG. According to some media reports, the federal government has made it clear that the bureaucrats of Delhi government must report to the state government through the office of the LG and this has been the main contention of Kejriwal government that bureaucrats don’t listen to its directions. Meanwhile, bureaucrats have been citing different reasons for not reporting to Kejriwal and his ministers. The AAP government’s demand for full statehood for Delhi is unlikely to get any support from the Union Government in the near future.

Describing Kejriwal as a “harried leader” and “the odd man out in politics”, some experts opine that he has been through a difficult grind ever since he assumed power in 2015. Evidently, elected government in the National Capital is not getting enough of cooperation from the Union Government and this situation is attributed by some experts to the reason that Kejriwal often asserted his rights as CM or rubbed the rival BJP the wrong way. While commenting on the role of the LG of Delhi in dealing with the AAP government, one critic has pointed out that far from playing the role of a quiet friend, a guide and guardian, in the case of the elected government of Delhi, the LG’s office has indulged in delays, disruption and sabotage of the work of elected government and witch-hunt of its functionaries.

The AAP government’s grouse against senior bureaucrats is that instead of reporting to the government’s ministers, they report to the federal government and this prevents the elected state government from carrying out its agenda. Kejriwal has claimed that bureaucrats have been stonewalling all major initiatives of his government since February this year. As per media reports, Kejriwal accuses the LG and the Central government of being behind the moves by civil servants. The LG, on the other hand maintains that he has no power over Kejriwal and his ministers’ relationships with the bureaucracy, which have soured since an ugly confrontation between the state cabinet and the chief secretary.

Conceding that with the exception of concession in electricity, free water supply and some improvement in school infrastructure, some experts point out that the AAP government has very little to show as its achievements in the capital. On non-performance on initiatives like door-to-door delivery of services and installation of CCTVs, the AAP argues that these initiatives could not see the light of the day due to the delay by the LG’s office.

Some close observers of Delhi politics point out that AAP has learned the trick of creating occasional administrative “deadlock” to distract public attention from a governance failure at multiple levels. These observers are also critical of AAP leaders’ ineptness at governance, no knowledge of the “grammar of governance” and the constitutional provisions. It is further added that the AAP government has little to show by way of any tangible outcome, even where there was no interference by the LG. While asserting that AAP wants the “deadlock”to continue, one critic has opined that AAP is desirous of exploiting this crisis to gain entry into an anti-BJP alliance.

On June 17, when the sit-in protest by Delhi chief minister Arvind Kejriwal against the LG of Delhi, entered the seventh day, the four sitting chief ministers – West Bengal chief minister Mamata Banerjee, Kerala CM Pinarayi Vijayan, Andhra CM N Chandrababu Naidu and Karnataka chief minister HD Kumaraswamy, who were not allowed to see Kejriwal, addressed a press conference at Kejriwal’s residence, wherein they slammed the Central government for “restricting the federal system”, terming it a threat to the nation. They also asserted that their support for the AAP was about “saving the democratic system of the country”. As per media reports, the former chief minister of Uttar Pradesh Akhilesh Yadav and CPI (M) general secretary Sitaram Yechury have also endorsed the position taken by Kejriwal.

Expression of solidarity with Kejriwal by four sitting CMs of four non-BJP ruled states is being seen by some critics as opening up of a new front by the Opposition against the Modi government. However, it is interesting to note that these CMs had come to Delhi to attend meeting of the NITI Aayog and did not specifically came for Kejriwal rather they practiced the proverbial adage of “Make hay while the sun shines.”

While pointing that in the aftermath of the Bengaluru display of Opposition unity at the Kumaraswamy’s swearing-in, one expert has opined that the four non-BJP CMs arrival in Delhi to back their beleaguered colleague and AAP chief is a measure of their collective determination to take on the BJP at national level. Another expert feels that the four regional CMs, who have carved out a distinct identity on this very political spin, have eagerly joined forces to preserve their options in creating a national alternative in the next general election. But in the end, that will give no joy to Kejriwal for their end game is to enhance only their relevance. AAP will have to replace its urge for street activism with creativity and vision to pull itself out of this quagmire.

The sigh of relief being heaved by Delhi in the aftermath of calling of the nine-day sit-in by Kejriwal is only temporary because the legislative or constitutional issues remain unresolved. While stating that the confrontation between Kejriwal and the Centre might only worsen in the months ahead, some critics point out that it is premature to judge whether Kejriwal’s fight, backed by the Opposition, will help him retain power in Delhi.

Another critic has opined that in the aftermath of the opposition alliance post-the Karnataka polls and with no hardcore caste or religion voter base to call his own, Kejriwal was feeling isolated and in the backdrop of his nine-day long sit-in at the LG house, he could play the victim card and garner public sympathy. Such a move could exert pressure on the Congress and other regional parties to include the AAP in their alliance, and also help in effective bargaining during seat-sharing talks.

With the 2019 election year at hand, Kejriwal knows the political survival of the AAP hinges on getting public support and playing the victim card. The recurring incidents of dharnas and sit-ins in the national capital and confrontational politics between the Union Government and the elected government of Delhi don’t bode well for federal set-up. Delhi deserves full statehood and efforts for finding a viable constitutional solution to this issue would be in the interest of cooperative federalism. 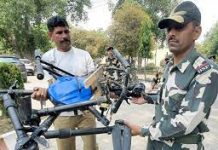