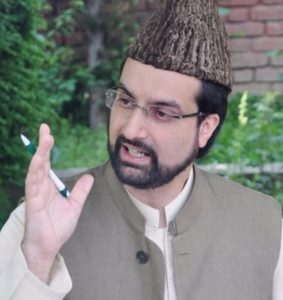 Srinagar: India should take a lesson from the ongoing  talks among Taliban, US and Afghan factions and start a similar process of engagement with Kashmiri leadership and Pakistan  to resolve the dispute over Kashmir.
“Looks like after decades of bloodshed good news for the region from #Afghanistan,all factions hopeful to reach an agreement through dialogue and give peace a chance. Hope India pays heed and agrees to talk to Kashmiri’s and Pakistan to resolve the festering #Kashmir dispute!” Mirwaiz tweeted.
Earlier in January, even mainstream Kashmiri leaders have called on New Delhi to apply its own approach towards Afghanistan to its policy towards Kashmir.
Former J&K chief minister Omar Abdullah have questioned New Delhi’s refusal to initiate talks with separatist groups in J&K when Army Chief General Bipin Rawat could advocate holding talks with the Taliban in Afghanistan.
Similarly,  Mehbooba Mufti, also a former J&K Chief Minister, had also referred to Army chief’s  advocacy of the dialogue with Taliban.
“Why different standards when it comes to our own people?,” Mehbooba had questioned. “Accept peace offer from Pakistan, initiate dialogue with Hurriyat and other stakeholders to put an end to the vicious cycle of violence in J&K”. 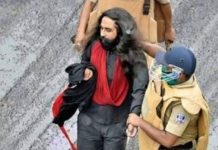