He is a master of makeovers. He knows how to look and wear the ‘right’ attire, and how to nurture, and even change, his political and social image. He knows what to say, when and where, and how to use words and slogans to maximise impact. Prime Minister Narendra Modi has displayed all these qualities, and more, during his 12-year-plus stint as Gujarat’s chief minister, and over 12 months as the country’s head.
During his election campaign, he cultivated the image of an efficient and incorruptible administrator. He sold the Gujarat Model of Development as the almost- perfect one that the nation could replicate. After he became the prime minister, he displayed the power of his personality when he addressed America’s president as ‘Barack’ and not Mr Obama. He wowed the crowds in the US as well as Australia.
However, few know that Modi learnt the art of managing the masses and mass media, and creating a positive and aggressive hysteria amongst them during the controversial Emergency years (1975- 77). It was during this period, when the writ of Indira Gandhi, and her younger son, Sanjay Gandhi, ran supreme that the country’s current prime minister studied, honed and finessed his theatrical skills.
Emergency drama
In 1967, when Modi was 17 years old, he ran away from home to seek solace. He sought inner knowledge. He went through a contradiction of physically-excruciating journeys to the Himalayas and other places to seek inner peace and calm. It was a travel that evoked different sentiments – feelings of patriotism, given the fact that he attended the RSS ’ bal shakha in his village, ideologies and spiritualism.
In one of his rare interviews to author Nilanjan Mukhopadhyay, he revealed, “(I would) go to Rama Krishna Mission and at times I went to Vivekananda Ashram in Almora (Uttarakhand). I loitered a lot in the Himalayas. I had some influences of spiritualism at that time along with the sentiment of patriotism – it was all mixed…. I however knew that I had to do something different…. You may call it a search – a search for something in a very determined manner.”
When Modi came back in 1971, he met Laxmanrao Inamdar (fondly called Vakil Sahib). They had first met years ago, when Inamdar visited Modi’s bal shakha. While the future prime minister urged and cajoled Vakil Sahib to become his ideological and spiritual mentor, the latter asked him to join the RSS . Modi did, and it marked the beginning of the end of his ideological baptism, and the start of a political one.
Before Indira Gandhi imposed the Emergency on 26 June 1975, regional agitations had gathered storm in several states like Bihar (JP Movement) and Gujarat (Navnirman Movement). It was in Gujarat that the first anti-Indira fire was ignited. As the state suffered from high inflation and food shortages, students of two engineering colleges went on a rampage and destroyed public property in early 1974.
While the students got together under the Navnirman Yuvak Samiti, most protests in Gujarat were spontaneous and not coordinated by this group. In prominent cities and small towns, the agitations were led by sporadic middle-class individuals – university teachers, journalists, lawyers, doctors and, of course, students. Both Indira and the then Gujarat chief minister, Chimanbhai Patel, were reviled by the protesters. The agitations against Indira spread to several states, notably Bihar, in north India.
Stung by the developments in Gujarat, Indira dissolved the Assembly, and imposed President’s rule in the state in March 1974. When fresh elections were held over a year later, in May-June 1975, the Congress witnessed an electoral reverse. The party’s tally of seats came down from 140 to 75, while the Congress(O), which splintered from the main Congress in 1969, won 56. Chimanbhai, who had started a new party, got 12 seats. A non-Congress coalition, Janata Morcha, formed the new government.
Days later, Indira imposed the Emergency. It was possibly the darkest hour in India’s democratic post-Independent history. Individual freedom was curbed, media censored, political opponents arrested and the country was managed in a semi dictatorial manner. Politically, the Jan Sangh, predecessor of the BJP, and ideologically, the RSS openly attacked the imposition of the Emergency. 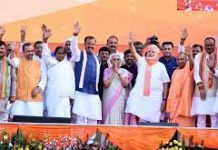 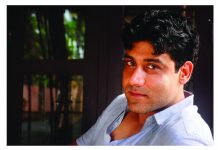