It’s the year 2154. Sick of the pollution in our major cities, the rich have migrated to the suburbs; in this case, a toroidal space station paradise called Elysium. The poor, meanwhile, live on Earth, in shanty towns, amid crime – organised and otherwise. The police are brutes regularly harrassing working folks, only they’re robots. Quality healthcare, in the form of a machine that can cure any disease known to man, is restricted only to “citizens” – the residents of Elysium.

Neill Blomkamp’s second film, like his debut District 9, is a comment on apartheid in the garb of science fiction. Unlike District 9, which focussed on the ‘otherness’ of the aliens, Elysium looks at the class aspect of South Africa’s racial policies, how it created two South Africas: the richest African nation existing amid crippling poverty, where being black and being poor mostly meant the same thing. Fittingly, the film ends with citizenship being extended to all Earthlings.
Like the best science-fiction, Elysium acts as a mirror to the real world. Though the parallels to apartheid abound, it could be about any place in this grossly unequal world. But sadly, that is all there is to the social commentary. Blomkamp is at his most assured when he is setting the scene – the problem is that it takes only twenty minutes. After that, it is as if the studio bosses told him to stop his Bolshie agitating and tell the story they were paying him to tell. That story is a fairly conventional Hollywood narrative – one (white) man fighting all odds and bringing down the machine. The class inequalities remain a constant presence, but are never really given more than a passing thought.
To make things worse, there’s not much to the conventional Hollywood story that it tells. Max (Matt Damon) is a reformed car thief trying to keep it on the straight and narrow. He suffers an industrial accident – exposure to radiation – that the robot doctor very, well, robotically tells him will kill him in five days. He decides to sneak into Elysium for treatment, but getting a ticket requires a return to his life of crime. He is asked by Spider (Wagner Moura) to abduct a rich man and download confidential information directly from his mind (It’s 2154, after all). He chooses his former employer who happens to have the entire computer programme of Elysium memorised because he is on his way to conduct a coup. (The way of the future: just give admin privileges to your chosen candidate.) What follows is a series of chase sequences as the powers that be try to capture him and he tries to evade capture. Though the sequence of events is fairly believable, and even moderately interesting, the hit-and-miss acting by Damon & Co means it is never compelling.
The central relationship in the film is between Max and Frey (Alice Braga), two childhood friends on Earth who lived with the chip of their poverty firmly on their shoulder. While Max turned to Grand Theft Auto to save up for a ticket to Elysium, Frey went out and got a job as a hospital nurse. Reunited through the events of the film, their feelings for each other are displayed through an endless repetition of a mawkish flashback. In their shared scenes though, Damon and Braga seem almost awkward. There is no depth either to Max’s uneasy alliance with Spider or, for that matter, any of the interpersonal relationships in the film. Nor is there any substance to the political machinations on the space station. It’s almost as if Michael Bay wandered into a Vonnegut novel and decided to take over. 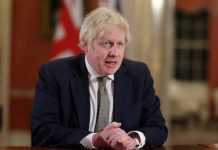 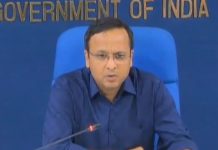