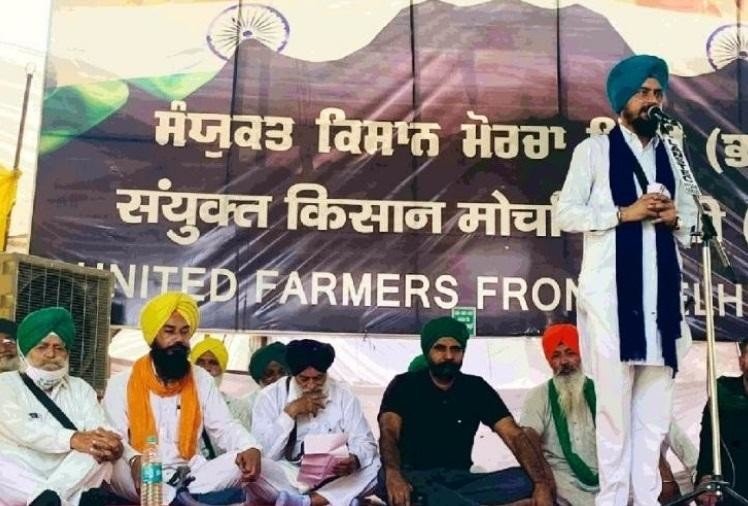 Modi government relented in the wake of reports based on BJP’s internal assessments about its bleak electoral prospects in the forthcoming assembly elections in the states of UP, Himachal Pradesh, Uttarakhand and Punjab.

Prime Minister Modi’s sudden announcement on November 19 to withdraw three ‘controversial’ farm laws took the entire nation by surprise, and PM Modi is known for springing such sudden surprises and announcement regarding demonetization on November 8, 2016 was also such a move. The tone and tenor of promulgating three farm laws was to the utter dislike of the farming community, especially in Punjab, Haryana and Uttar Pradesh (UP), and farmers of Punjab had been protesting against these laws since June 2020 when these draft laws were promulgated via the ordinance route.

In the wake of the passage of these laws by both the houses of the Parliament in September 2020 in a hurried manner, protests against these ‘black laws’ started spreading from Punjab to Haryana and western parts of UP and by the closing part of November 2020, thousands of farmers peacefully marched towards the national capital to press their demand of withdrawal of these controversial farm laws. Protesting farmers marching toward Delhi were stopped by the police at Tikri, Singhu and Gazipur borders. As a sequel to these developments, the protesting farmers started camping in the areas where the police had erected barricades to prevent their entry into Delhi and with the passage of time, the number of protesting farmers kept swelling in all the three protesting sites.

Protesting farming community’s argument was that the set of controversial farm laws would benefit private players at farmers’ expense; therefore, they called for their withdrawal. On the other hand, Modi government, while insisting that these laws were beneficial for farming community, indulged in all sorts of tactics of discrediting the protest and also resorted to every attempt to dislodge the agitation. On the one hand, determined farmers, including old, infirm, women and children, were braving adverse weather conditions, physical attacks by the rival groups, media conspiracy theories and police crackdowns; and on the other hand, BJP leaders were engaged in making several offensive, provocative and even threatening remarks, such as Khalistanis and Maoists’, goons posing as so-called farmers, ‘Tukde-tukde gang’ infiltrated by Leftists, Maoist elements’, China and Pakistan behind protests’ etc., about the farmers.

The BJP-led government resorted to all means at its disposal to crush the farmers’ movement, the ghastliest episode being the manner in which protesting farmers were mowed down in Lakhimpur Kheri, UP, by a convoy of cars allegedly involving junior home minister Ajay Mishra’s son. More than 600 protesting farmers died during the agitations. Several were booked under harsh laws.

In the wake of electoral drubbing suffered by the BJP in Himachal Pradesh and Haryana in recently-held assembly bye-elections and unfavourable reports based on BJP’s internal assessments about its electoral prospects in the forthcoming assembly elections in the states of UP, Himachal Pradesh, Uttarakhand and Punjab, the tone and attitude of Modi government and the BJP is said to have softened and relented in recent days.

Undoubtedly, PM Modi’s announcement of withdrawal of three farm laws has been partially greeted by the agitating farming community and most of the non-BJP opposition parties; nonetheless, the farmers have announced that their other demands like legalizing the minimum support price (MSP), compensation for families of  ‘martyred’ farmers numbering over 600, withdrawal of cases against agitating farmers, and a suite of other impending bills related to farmers etc., should be met to enable the farmers to recall their agitation.

In a sharp reaction to PM Modi’s withdrawal announcement, Congress leader Rahul Gandhi tweeted, “with satyagraha, the food growers of the country have made the arrogance bow down”. The Congress leader retweeted his old video clip of January 2021 predicting, “Mark my words. The government will be forced to take back these farm laws.” While supporting the demand of farmers regarding deaths of farmers during the agitation, one expert has said: “The Prime Minister and the BJP government must take responsibility for the loss of hundreds of lives due to their insensitive and obstinate position, and apologize to the nation.” Many experts term the move of withdrawal of farm laws as the second defeat for the BJP government led by PM Modi, the first being to put on hold the Land Acquisition Ordinance and they attribute both defeats to united protests led by farmers.

Referring to BJP government’s roll back of farm laws, TMC MP Mahua Moitra wrote on Twitter: “Just the beginning of many more victories for people’s voices.”  Terming farm laws as a part of the total subversion of the egalitarian directions of national economy as enshrined in Indian Constitution, All India Trade Union Congress (AITUC) said: “The Parliament, the Indian Labour Conference, the fora for open healthy discussions, be used, rather than the rampant use of coercive apparatus of the State. Describing rolling back of farm laws as a triumph of farmers’ unity and resolute determination, one observer has a word of caution for the farmers, “Although you have scripted history, but remember one thing when you return to your villages, don’t forget what you have learnt at the protest sites — the ability to question the people in authority. Do maintain this unity and jazba.” Terming Modi government’s retreat on farm laws as only “half battle won”, Devinder Sharma, noted agricultural economist, has said, “As long as MSP is not made a legal right for farmers, there will be no end to agrarian distress.”

PM Modi’s sudden announcement of rolling back farm laws has seemingly set off speculations as to whether the purported announcement was directed at the image makeover of his government. As per media reports, a large chunk of ardent supporters of the BJP even wondered whether the Modi government’s pragmatism was getting diluted on contested decisions on Citizenship (Amendment) Act 2019 (CAA), National Register of Citizens (NRC) and Article 370 – that was instrumental in revoking the special status of J&K in August 2019, in the wake of growing public protests. Many experts are of the view that the rolling back of farm laws entails the potential of reviving hopes of many working in the human rights and civil liberties sector. While drawing parallels between the anti-CAA movement and farmers’ agitation, both democratic protest movements, many independent political observers are sanguine about withdrawal of the CAA and NRC decisions as well by Modi government as and when public protest gathers momentum.

Known for springing surprises all of a sudden, PM Modi’s most of the decisions are often taken in a hurry and are based on whims and fancies of a single person and often devoid of proper spade work. Another characteristic of PM Modi’s major decisions is that they are politically motivated and designed to garner electoral gains. Decision regarding demonetization as well as decision to roll back contested farm laws are primarily dictated by the compulsions of electoral gains. PM Modi’s decision to demonetize country’s currency overnight on November 8, 2016 was taken just ahead of elections to the state assembly of UP in early 2017 and on account of this decision, electoral campaigns of cash-dependent major regional parties like SP and BSP were severely hampered.

Even the latest decision of the Modi government to repeal the farms laws has seemingly been taken with only electoral considerations and not out of love or sympathy towards farmers. Raw courage is to be followed by quiet strategy. Modi government’s biggest predicament currently is growing trust deficit and some sections within the BJP silently question Modi’s imperious leadership.