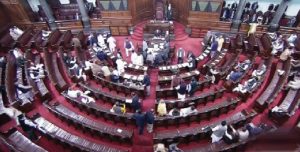 The Election Commission of India has announced the schedule for the biennial elections to the Rajya Sabha for the 55 seats from across 17 states that are going to fall vacant in  April 2020.

Counting of votes will begin at 5 PM, an hour after the polling ends at 4 PM, the poll panel said. The date before which the election shall be completed would be March 30.

Race for the Upper House of Parliament is on as 55 seats will fall vacant in April, 5 seats in June, 1 seat in July and 11 seats in November 2020.

Of the 55 seats that are falling vacant in April, 7 seats are in Maharashtra, 6 in Tamil Nadu, 5 each in West Bengal and Bihar, 4 each in Gujarat and Andhra Pradesh, 3 seats each in Odisha, Rajasthan and Madhya Pradesh, 2 seats each in Jharkhand, Chhatisgarh and Telengana and 1 seat each in Manipur, Assam, Meghalaya, Haryana and Himachal Pradesh. Similarly 5 seats will fall vacant in June.

Of these, 4 are in Karnataka and 1 in Arunachal Pradesh. July would see 1 seat failing vacant in Mizoram. In November 11 seats would be filled in Rajya Sabha of which 10 are from Uttar Pradesh and 1 from Uttarkhand.

The BJP, which currently has 82 members, is expected to add 13 members while the Congress, which has 46 members, is likely to get 10 seats in the upcoming elections but will see 11 of its members retiring in April.

The BJP is confident of winning 2 seats of Rajya Sabha from Maharashtra, the Shiv Sena may get 1 seats, NCP 2 and Congress 1. In West Bengal, the TMC is expected to win 4 seats or may be all the 5 against the five vacancies. To whom Congress supports is yet not clear. The Congress has hinted that it will support Sitaram Yechury’s candidacy if the Communist Party of India (Marxist) fields him.

From Bihar, the Janata Dal (United)-BJP combine may get 3 and the Rashtriya Janata Dal (RJD) 2 seats. In Tamil Nadu, out of 6 seats, All India Anna Dravida Munnetra Kazhagam (AIADMK) and the Dravida Munnetra Kazhagam (DMK) hope to win 3 seats each. From Madhya Pradesh, both BJP and Congress are likely to add one more seat each to their existing tally.

Though both the BJP and Congress are likely to win majority of 55 seats falling vacant, the actual tally of both parties may actually come down. The Congress, which has 46 members, is likely to get 10 seats in the upcoming polls. The party will see 11 of its members retiring in April. While, the BJP which has 82 members in the house, is expected to add 13 members, actually it would be 4 down from its existence number of 18 among the 55 members who are retiring in April 2020.

The real gainers may be the Trinamool Congress (TMC) and the YSR Congress Party (YSRCP).. The BJD is likely to win two seats of the three vacancies from Odisha while the BJP will get one. The BJP will also add one seat each from Himachal Pradesh and Haryana to its tally. While the Shiv Sena is expecting one seat, its ruling alliance partners — the Nationalist Congress Party (NCP) and the Congress — will get two and one each respectively. In Bihar, the Janata Dal (United)-BJP combine may get three and the Rashtriya Janata Dal (RJD) two seats. The BJP’s tally may fall from two to one. In Tamil Nadu, there are six vacancies, and arch-rivals All India Anna Dravida Munnetra Kazhagam (AIADMK) and the Dravida Munnetra Kazhagam (DMK) may win win three seats each.

With short time left for April, sources said that the parties have started discussing probable to fill the posts. Come April, the Rajya Sabha would see a change in dynamics. The recent results of the state assembly elections will have large bearing on the composition of Rajya Sabha.

In corridors of power, the names that are being discussed who can make it to the Upper House from Congress, these could besides Priyanka Gandhi Vadra, Jyotiraditya Scindia and Randeep Surjewala, RPN Singh, Motilal Vora, Madhusudan Mistry, Kumari Selja, Digvijaya Singh, B K Hariprasad and MV Rajeev Gowda. Raj Babbar and PL Punia are unlikely to get re-nominated from Uttarakhand and Uttar Pradesh.

In Bihar, the RJD is expected to gain from the loss of BJP and Janata Dal (United). The JD-U has three of the five retiring members — Deputy Chairman Harivansh, Kahkashan Parveen and Ram Nath Thakur. The other two, RK Sinha and CP Thakur, are from the BJP. As Bihar assembly has a strength of 243 members, a candidate would require 42 first preferential votes of legislators to to make it to the Upper House.

Gupta, a former Union Minister and a close associate of Lalu Prasad, had met the RJD Chief in January. However, Tejashwi Yadav may tilt the decision in favour or against Gupta. There are also talks that RJD may nominate Rabri Devi as one of the Rajya Sabha nominees.

In Jharkhand, the JMM is all set to win one seat, with the party most likely to field Shibu Soren. Congress is planning to contest the second seat.

In West Bengal, the three nominated MPs who are set to retire on April 2, 2020, are painter and professor Jogen Chowdhury, journalist Ahmed Hassan Imran and Dr. KD Singh.

The TMC supremo is keeping cards close to her chest on probable candidates to avoid confrontation within the TMC camp. She is well aware that during 2019 Lok Sabha elections, when she announced candidates for 42 seats by dropping 10 sitting MPs, some party leaders like Soumitra Khan, Anupam Hazra and Arjun Singh had switched over to the BJP. Her strategy would be to take party leaders into confidence before finalizing names. Names of Om Prakash Mishra and Mausam Benazir Noor are making rounds for Rajya Sabha as nominees of the TMC. 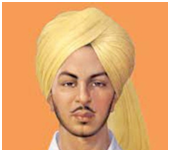 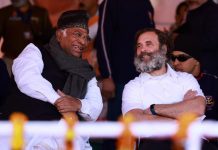