The Union Ministry of Human Resource Development (HRD) has recently come out with two landmark decisions regarding school education and institutes of higher learning/Universities.

The ministry intends to reduce the syllabus of National Council of Educational Research and Training (NCERT) by half so that students can follow their pursuits and get time for activities other than academics.
On the higher education front, the University Grants Commission (UGC) has granted greater autonomy to 62 higher education institutes including five central and 21 state universities which have maintained high standards.

Under the revised status, all those included in the list would be allowed to launch new programmes, departments, centres, opening off-campus centres without approval from the UGC, though they will remain under the purview of UGC.

The Union HRD Minister Prakash Javadekar said that the Universities with ratings over 3.6 from National Accreditation and Assessment Council (NAAC) will be granted autonomy. The minister in his tweet said that this is in line with the vision of Prime Minister Narendra Modi towards a more liberalised regime.

These Universities and Institutes will have the freedom to admit foreign students and hire faculty members from other counties. The new guidelines will also allow them to pay more than the Seventh Pay Commission recommendations, which would enable them to attract the best of academicians and subject experts. The autonomous universities would be free to forge academic collaborations with the world’s top universities.

The Universities will be allowed to prepare their own syllabus, conduct their own examinations, declare their results and give certified degrees.

As schools are the preparatory grounds for the students who ultimately enter the Universities, there is a need to amend and correct the things at the bottom of the pyramid too. The government, in a welcome decision, has decided to reduce the workload of school students. The Union Minister has said that the syllabus of school students is more than that of B.A. and B.Com courses and needs to be reduced by half. This is expected to be introduced from April 2019.

There is no gainsaying that the students at school level undergo tremendous stress these days to balance class performance and extra coaching. The real aim of education, that is holistic development of a human beings, gets diluted under the weight of too many books and needless revisions of the course curriculum. The excessive academic pressure labels many students as slow learners and parents are found running from pillar to post to organise good councillors. Every child is not cut out to excel in academics and learn and reproduce complex mathematical and chemical equations in examinations to boast of high scores. Relevant modifications in the school curriculum are imperative.

Many topics being taught in science and mathematics to students in secondary classes have become redundant with changes in issues surrounding social and economic milieu. Good concepts that involve visuals, practical knowledge and interesting facts should be introduced in the syllabus to inculcate analytical and constructive thinking and no need for rote learning.

With rapid technological advancement and growing global integration of India with rest of the world, we need to mentor our students for the challenges and be able to match steps with their peers in rest of the world.

Sarit K Das, Director, Indian Institute of Technology (IIT), Ropar, perceives that the students in schools should be equipped with the skill of how to apply the knowledge and not on how to learn. Many students who enter IITs miss the rigour of using their knowledge because during their foundation years they go through intensive learning. Too much of syllabus leads to mugging up the contents. There is an emphasis on how to cover the syllabus but on the contrary it should be how to un-cover the syllabus. “The amount of mathematics we teach our grade 12 students is far more than what is taught in countries like United States, Germany and Canada. In the first year of engineering all basic concepts are taught to the students so if the topics which are not used in higher class are removed it will not affect the understanding of engineering courses. The syllabus of engineering entrance exams can also be modified on the lines of changes brought in the school syllabus”, he said.

Indian students lack an edge in research at international level because our education system conditions their minds only for learning and then writing the same. Our students are unable to stretch the power of imagination as the window of their mind that wishes to explore new ideas is tightly closed by parents and teachers to save their minds from distractions in learning only what others have said. Gradually, they lose the spirit to express their novel ideas and do not follow their hearts.

Though a little late, finally our policymakers have realised the need to infuse new dimensions in the subjects taught in schools and let every child be able to contribute his best to society.

Education is the most powerful tool to change the world, but when the world is changing, there is an overwhelming need to upgrade this tool. With global universities setting their foot in India and the new-age private Universities offering foreign collaborations and state-of-the-art infrastructure luring the talented pool of students, the higher education system also needs to shun its conventional approach.

The proposal of greater autonomy to the higher institutes and Universities, if implemented with certain checks and balances, would indeed help institutes to leap forward.

The relaxation and restriction on opening overseas campus is something that many Universities and institutes were eyeing at. Under more autonomy they plan to spread their wings outside India.

The top ranked management institute of India, Indian Institute of Management (IIM) — Ahmedabad, may be able to upgrade its two-year Post graduate diploma programme to a degree as the students who pursue higher studies abroad sometimes face difficulty with a PG diploma which is equivalent to a Masters programme.
The enrolment of foreign students would also be allowed now in IIM. Though, it may come at a cost but expansion of footprints of such prestigious institutes would help the country have skilled manpower.

According to Arun Grover, Vice-Chancellor of Panjab University, Chandigarh, the autonomy to public universities is a step in the right direction. Our Universities are competing with global universities without having the enabling environment for amendments in the existing eco-system.

The public universities have strengths which private ones do not have and vice-versa. So now we can collaborate with other universities (private, public and foreign) in India and abroad. We are also open to creating Public-Private-Partnerships. Private universities import experienced faculty from abroad, which they can source from public universities as a vast talent pool of faculty.

Lesser regulation means newer options can be looked at with an independent vision, says Grover.

The fascination for universities in the western world has been increasing as they provide more job oriented courses. Their students are more equipped with hands-on experience. Our students feel impoverished due to lack of practical exposure. New courses can now be designed to empower students with employable skills. Foreign universities provide integrated courses so that a student does not run to seek admissions for the post-graduate specialisation after the completion of graduation in medicines, management and engineering. We may also introduce similar courses in lesser regulated environment.

India’s strengths like ayurvedic medicines, yoga and spiritual development can be taught in the context of contemporary environment to attract foreign students.

Education is an area that concerns everybody but nothing substantial has been done in the last many years to improve the standards. Voices have been raised by the academicians to grant flexibility in the existing systems.

Reacting to the greater autonomy for the Universities and institutes, Satish Verma, a veteran Professor and former Dean, Economics and Business at Guru Nanak Dev University, Amritsar, said that UGC is a Central body that prepares programmes for the universities at all-India level. “India is a vast country with diverse needs. The universities in different parts of the country need to frame their programmes according to the local needs of industry, trade, agriculture and exiting cultural diversity. The autonomy would dilute the rigidity and control of UGC and would be conducive for the growth of higher education. This would also enable them to mobilise resources to meet their financial needs and streamline the operations. Some of the universities might misuse the freedom so a control mechanism with a broad framework of guidelines could be put up which does not obstruct but could help maintain the discipline in the use of freedom. Competition between the public and players is the need of the hour to set better quality standards. An optimum balance between own resource mobilisation and government funding is the way out when many public universities are facing a financial crunch,” he said.

Sukhpal Singh, a senior professor at IIM — Ahmadabad, said: “This initiative would help the top Indians to set higher benchmarks in education and fetch international recognition by foreign students and faculty. Foreign students staying in Indian campus and studying here as part of their programme and our students visiting foreign universities would bring in the best of faculty and exposure for the students.”

The modernisation of our education system has been overdue. The Government of India has been spending staggering amounts on campaigns like Skill India and Clean India. If we had an education system in place that is suitable to our needs, there would have been no lack of awareness on clean habits and lack of skilled manpower. The Union Minister has rightly indicated that the government is rolling out a liberalised regulatory regime but it needs to be implemented in letter and spirit with in a shortest time span to meet the current crisis in education and employment sector.

Changing job profiles due to technological interventions have given rise to new dimensions in employment and education. An estimated 12 million people join the workforce every year and this number is going to swell as about 30 per cent of the population of India is in the age group of 0-14 years. So an adequate thrust is required to have talented human resource that can lead the country into higher trajectory and solve multiple economic and social problems. 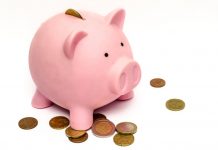