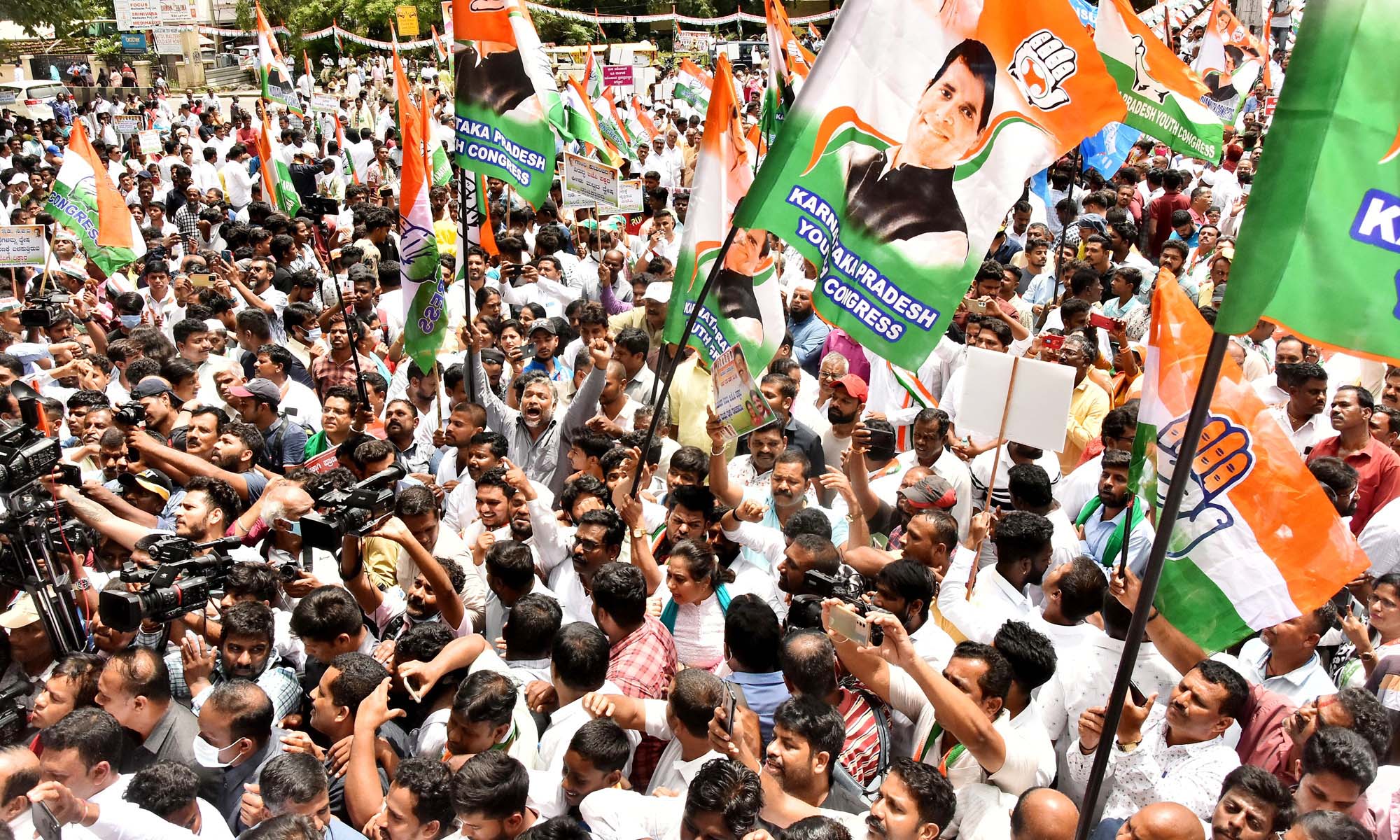 The Congress had earlier locked horns with the government on the issues of high fuel prices, high prices of essential food items, farm laws, atrocities on Dalits, but the demonstrations did not attract so much public attention as they did in the ED case. A report by Amit Agnihotri

The Congress appears to be getting into a protest mode even though the recent outburst of party leaders across the country was over targeting of the Gandhis in the National Herald alleged money laundering case.

After a long time since the party lost power in the 2014 national elections, the entire Congress top leadership was out on the streets in Delhi and across the states on June 13 when Rahul Gandhi was asked to appear before the ED in the National Herald case.

Before that, the party had been protesting on issues like high fuel prices, high prices of essential food items, farm laws, atrocities on Dalits, handling of Covid and migration of workers, which impacted the common man, but the demonstrations did not attract so much public attention as they did in the ED case.

In the past, the low impact of Congress protests was attributed to a weak organization and the fact that such demonstrations did not bring all the top leaders on the streets.

This time, however, the case was different. The party, which has been trying to revive itself, realized that if the targeting of its high command was not opposed strongly, the credibility of the Congress as a strong opposition would be severely dented.

This, in turn, would further push the Congress in a downward spiral, and would have also impacted its plans to forge an anti-BJP front at the national level ahead of the 2024 Lok Sabha elections.

In a way, a meek response to the ED summons for the Gandhis would have also meant that the party did not learn any lessons from the past defeats and had organized a mega conclave, the Udaipur Chintan Shivir, without any clarity of purpose.

According to party insiders, a slack protest over the ED issue would also have jeopardized the Congress’ claims of changing its party systems to suit the young voters and would have raised question marks on the organization’s ability to conduct the much talked about Kashmir to Kanyakumari Bharat Jodo yatra against the divisive politics of the BJP in October.

From April to June, the Congress Seva Dal carried out a 1300 km-long march from Ahmedabad to Delhi to highlight the ideology of Mahatma Gandhi and the Congress role in the freedom struggle of the country.

Before the Bharat Jodo nation-wide yatra, the Congress held protests across the country on June 27 against the Agnipath defence recruitment scheme and will take up ‘Rozgar Do’ protests in August to mobilize the youth over high unemployment in the country.

Speaking at the Udaipur chintan shivir, Rahul had said that the Congress needed to go back to the people as the party’s connection with the voters had severed over the past years.

In a way, the grand old party is trying to revive the spirit of the freedom movement when it played a key role in uniting the people against the ruling British and was ultimately able to push the foreign rulers out.

The planning for the ED protests started soon after the Congress announced on June 1 that party chief Sonia Gandhi had been summoned by the agency in the Herald case on June 8. 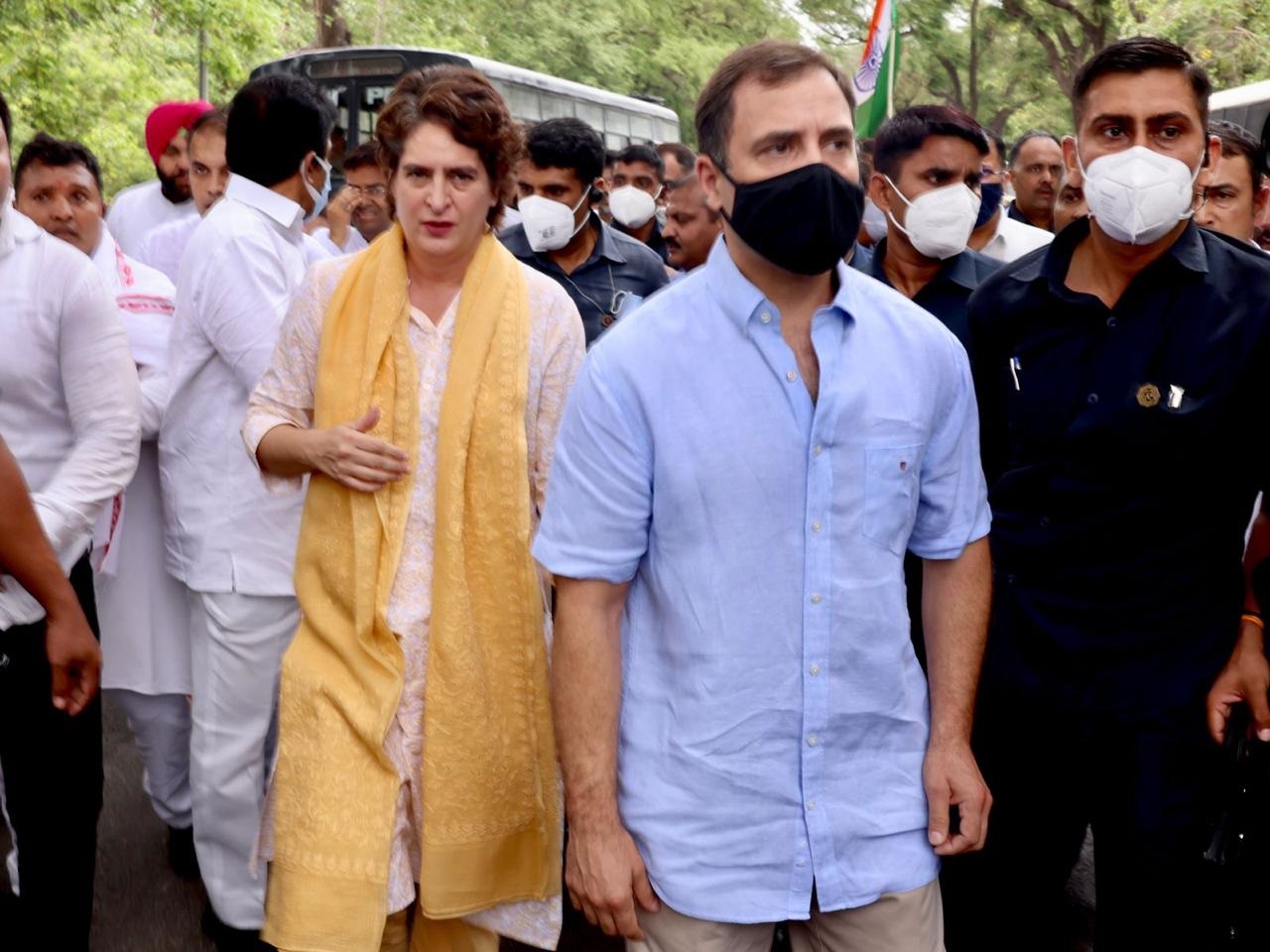 However, on June 2, she was tested Covid positive and advised rest. The party then sought a fresh date of appearance twice and may get a chance for Sonia to appear in July.

Before that, Rahul, who was abroad, told the agency that he would be available only after June 5 and was subsequently given the date June 13 to appear.

He was grilled by the agency for five days and over 50 hours which provoked the party leaders and workers to come out on the streets and protest against the targeting of their leader.

Priyanka Gandhi Vadra, walked beside Rahul to the ED office, to express solidarity with her brother at a time when their Covid positive mother was recovering in a hospital.

The leaders had gathered at the party headquarter in the morning even as the police blocked entrances to the venue from all sides, making it impossible for the leaders to stage a march. Yet, they protested, both in Delhi and across the country.

A general secretary said that the summons had given an opportunity to the party to brace for street protests that they plan to stage over public issues in the coming months.

The idea, again, flows from Rahul, who believes there is room for mass movements against the central government’s policies.

Later, a furious Congress alleged that its senior leaders P Chidambaram, KC Venugopal and Shakti Sinh Gohil were attacked deliberately and said the violence was akin to murder of democracy after day-long protests over ED summons for Rahul Gandhi.

Noting that the Congress and Rahul Gandhi were prepared to do anything to safeguard the National Herald newspaper and the country, the Congress leaders said that “all these atrocities were being recorded and the party will seek an explanation for them one day.”

“The NH newspaper was founded by Jawaharlal Nehru ji and played a role in the freedom struggle of the country. The British had also banned it for three years but we threw them out. Now this government is targeting the paper, we will throw them out also,” said Gehlot, adding “the Congress also tried to save the paper.”

He warned the probe agency, saying, “The widespread protests against the summons for the Gandhis are an expression of their anger. The agency should take note of it.”

“The central agencies are being used to silence the opposition leaders. The ED summons to our leaders is an attack on democracy and we will oppose it,” said Baghel.

On June 14, an angry Congress warned the Centre and the Delhi Police hours after the police forcibly entered the party’s national headquarters and beat up party workers.

“The BJP’s central government and the police backed by it broke open the gates of the party headquarters, entered the premises and beat up our workers,” Congress communication chief Randeep Surjewala said.

“This has not happened in the past 75 years. How could they do this? This was an act of goondaism. This was done at the behest of the BJP,” he said.

The Congress leaders warned the Centre and the police over the incident, saying the police action was like trampling upon the Constitution.

“We are peace loving but don’t test our patience. The Centre and the police will have to account for this atrocity. We demand FIRs and departmental action against all such police officers who did this,” said Surjewala.

In protest against the Centre’s highhandedness, the Congress staged sit-ins outside the Governor Houses across the country on June 16 and at the district headquarters on June 17.

Blaming the Centre for deploying the probe agency to deliberately harass the Gandhis, the Congress leader said the party was against the selected targeting of its leadership as the National Herald money laundering case had been closed by the agencies in 2015 but reopened again at the behest of the BJP.

“We challenge the PM to come to the ED office and ask questions from Rahul Gandhi over the NH in front of TV cameras so that the world can see the truth,” said Surjewala.

He said the probe agency was asking silly questions from Rahul Gandhi like why did you pay electricity bills or why did you pay Rs 67 crore salaries to the employees of the newspaper.

“Yes, we deposited the electricity bills. Yes, we paid salaries to the employees. Because it is our paper. It was launched during the freedom movement and it is our duty to protect it,” said Surjewala, adding “This is our paper, our money and our decision to run it. Why are you bothered, BJP?”

The Congress leader said the Centre was trying to defame the Gandhis as it wanted to suppress the voice of Rahul who was asking questions over lack of jobs from the government.

“This probe is a ploy to deflect attention from the burning issues affecting the people. The Centre wants to avoid these questions,” said Surjewala, as he alleged that the same police had treated a woman MP shabbily by dragging her on the road and beating her up.

The Congress later upped the ante over the ED questioning Rahul issue by lodging an FIR for the alleged trespass of party headquarters by police on June 15 and urged Lok Sabha Speaker Om Birla to act over the alleged mishandling of women lawmakers by the police.

The FIR was filed by AICC secretary in charge of Organization Challa Vamshi Chand Reddy at the Tughlak Road police station, urging the authorities to take note of alleged atrocities against the party workers and leaders.

He argued that the Congress workers had been facing police action for the past three days for merely trying to accompany Rahul to the ED office peacefully.

“The clothes of one of our women MP Jothi Mani’s were torn by the police. She was denied water in this hot weather,” he said.

“The area around party headquarters has been sealed and the entire city has been converted into a fortress. What for?,” he said.

Later, a group of leaders met Vice President and Rajya Sabha Chairman Venkaiah Naidu at his residence over the alleged atrocities and misbehavior against the party lawmakers.

The state units staged similar protests across the country in a rare coordination with the AICC.

According to the Congress, the National Herald case is based on false charges of money laundering and the summons to the Gandhis had been issued as part of political vendetta by the ruling BJP.

“I want to make it clear that the fake issue of AJL (Associated Journals Limited) is an attempt by BJP’s propaganda machinery to deviate, divert and digress the attention of citizens from the multifarious vital issues of inflation, falling GDP and social unrest, social divisiveness in this country,” Congress spokesperson Abhishek Manu Singhvi said.

The Congress leader accused the BJP of using the central probe agencies to threaten its political rivals.

“This is a part of a larger disease. A disease, which will consume the ruling party ultimately. The disease is one of attacking every political party purely on vendetta terms from Kashmir to Kanyakumari, from Farooq Abdullah to DMK functionaries, from Gujarat to West Bengal, from Mevani to Mamata Banerjee and the family of Mamata Banerjee. The BJP has brought or tried to malafide every political opponent under the net of puppet agencies like ED, CBI, IT etc,” said Singhvi, who is a senior Supreme Court advocate. 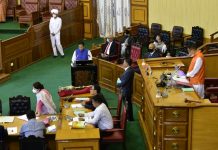