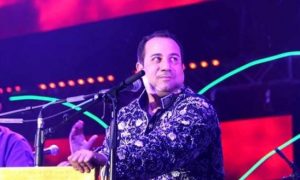 According to the reports, Khan has been charged with smuggling foreign currency out of India.

In 2011, Khan was detained by the Directorate of Revenue Intelligence (DRI) at the Indira Gandhi International Airport for allegedly carrying huge amount of undeclared foreign currency. Two of his associates accompanying him were also detained.

Khan who is known for his work in several Bollywood movies had been asked to reply to the notice within 45 days, officials said.