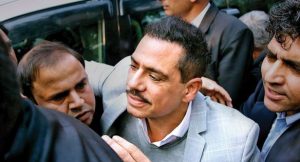 Businessman Robert Vadra who appeared on Wednesday afternoon before the Enforcement Directorate (ED) which questioned him for more than five hours in a money laundering case and asked him to join the probe again on Thursday.

Vadra was accompanied by his wife and AICC general secretary in charge of eastern Uttar Pradesh, Priyanka Gandhi Vadra.

She, however, dropped him outside the ED’s office in Jamnagar House.

Vadra’s lawyer Suman Jyoti Khaitan said his client had cooperated with investigators. “All the charges against him are wrong. Whatever questions were put to him, he answered all of them. We will cooperate with the agency,” he said.

ED has alleged that Vadra is the controlling beneficiary of a property in London. The property is worth 1.9 million pounds. It was sold by arms dealer Sanjay Bhandari, who is on the run now.

The Gandhi family has maintained that the cases against Vadra were a “political witch hunt”.

Robert Vadra sought protection from the arrest from the court on which the court granted interim bail till February 16. 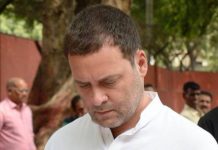 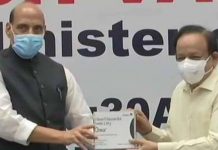