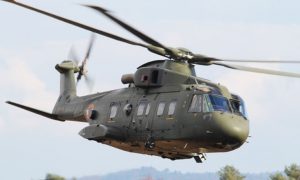 The charge sheet will be taken up for consideration on July 20.

The ED, in its charge sheet, states that money has been laundered through multiple foreign companies which were used as fronts to route the kickbacks.

These firms have drawn the money in the name of consultancy contracts to Interstellar Technologies Ltd and others and these funds were further transferred to Dubai-based UHY Saxena and Matrix Holdings Ltd in Dubai.

Currently Shivani Saxena, an active director of UHY Saxena is under the provisions of the Prevention of Money Laundering Act and is in judicial custody.

On January 1, 2014, India had scrapped the contract with AgustaWestland for supplying 12 AW-101 VVIP choppers to the Indian Air Force over alleged breach of contractual obligations and charges of kickbacks of Rs 423 crore paid by it to secure the deal.