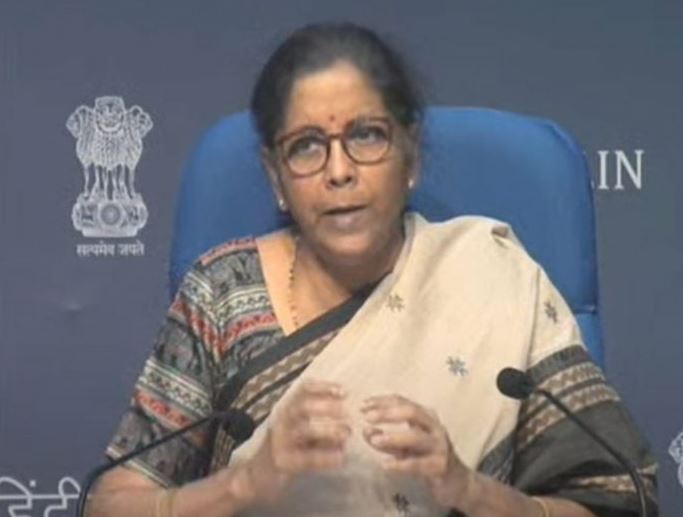 The survey states that the rebound will be led by the low base and continued normalization in economic activities as the rollout of COVID-19 vaccines gathers traction.

According to the Economic survey, “India’s real GDP to record a growth of 11 per cent in 2021-22 and nominal GDP by 15.4 percent-the highest since independence. The V-shaped economic recovery is supported by the initiation of a mega vaccination drive with hopes of a robust recovery in the services sector and prospects for robust growth in consumption and investment.”

“The fundamentals of the economy remain strong as gradual scaling back of lockdowns along with the astute support of Atmanirbhar Bharat Mission have placed the economy firmly on the path of revival. This path would entail a growth in real GDP by 2.4 percent over the absolute level of 2019-20-implying that the economy would take two years to reach and go past the pre-pandemic level. These projections are in line with IMF estimates of real GDP growth of 11.5 per cent in 2021-22 for India and 6.8 per cent in 2022-23. India is expected to emerge as the fastest growing economy in the next two years as per IMF,” according to the official release.

“India’s GDP is estimated to contract by 7.7 per cent in FY2020-21, composed of a sharp 15.7 per cent decline in the first half and a modest 0.1 per cent fall in the second half. Sector-wise, agriculture has remained the silver lining while contact-based services, manufacturing, construction were hit hardest, and have been recovering steadily. Government consumption and net exports have cushioned the growth from diving further down,” the statement said.

“The external sector provided an effective cushion to growth with India recording a current account surplus of 3.1 percent of GDP in the first half of the year, largely supported by strong services exports, and weak demand leading to a sharper contraction in imports (with merchandise imports contracting by 39.7%) than exports (with merchandise exports contracting by 21.2%). Consequently, the Foreign exchange reserves rose to cover 18 months of imports in December 2020,” it added.

“External debt as a ratio to GDP rose marginally to 21.6 percent at end-September 2020 from 20.6 percent at end-March 2020. However, the ratio of foreign exchange reserves to total and short-term debt (original and residual) improved because of the sizable accretion in reserves,” it said.

The year 2020 was dominated by the COVID-19 pandemic and the ensuing global economic downturn, the most severe one since the Global Financial Crisis. The lockdowns and social distancing norms brought the already slowing global economy to a standstill. Global economic output is estimated to fall by 3.5 percent in 2020 (IMF January 2021 estimates). In view of this, Governments and central banks across the world deployed a range of policy tools to support their economies such as lowering key policy rates, quantitative easing measures, loan guarantees, cash transfers and fiscal stimulus measures. India recognized the disruptive impact of the pandemic and charted its own unique path amidst dismal projections by several international institutions of the spread in the country given its huge population, high population density and an overburdened health infrastructure, the statement said.