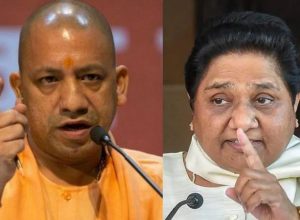 The Election Commission of India has held UP chief minister Yogi Adityanath guilty of violating model code of conduct (MCC) for his appeal to secure votes on religious lines during his Meerut rally and has imposed a 72-hour prohibition on his electoral campaigning from 6am tomorrow. Election Commission equally treated former chief minister Mayawati on the same footings and imposed 48-hour ban on her campaigning for violation of the (MCC).

The action came in wake of observations of apex court with regard to its casual approach to various violations wherein ECI was reminded of its powers and constitutional mandate to hold free and fair elections.

The Commission had earlier served a show cause notice on Mr. Adityanath for his “Ali-Bajrang Bali” remark at a political rally, in response to Ms. Mayawati’s appeal to Muslims for vote.

Yogi Adityanath, at a rally on April 9, said that if the Congress, SP and the BSP had faith in “Ali”, “then we also have faith in Bajrang Bali”.

The Commission also took note of Ms. Mayawati’s speech at Deoband on April 7. After going through a video-clip of her speech, the poll panel said it was, prima facie, a violation of the MCC.

Both the leaders submitted their reply. However, unsatisfied with their explanation, the Commission put a prohibition on their involvement in political campaigning.

The EC had earlier cautioned Mr. Adityanath to be more careful in future pertaining to his “Modi Ji Ki Sena” comment. 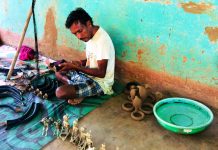