The Election Commission (EC) on Wednesday stopped the release of the movie ‘PM Narendra Modi”, a biopic on Prime Minister Narendra Modi, saying any such film that sub-served purpose of any political party should not be displayed in the electronic media.

Earlier, the movie was scheduled to release on April 11, the day Lok Sabha Elections 2019 is set to begin.

The top court had said, “the plea is “premature” as the movie was yet to be certified by the Censor Board.”

Senior advocate Abhishek Manu Singhvi, who represented Congress had alleged that the film violates the Model Code of Conduct and that most of the people associated with the movie were linked to the BJP. 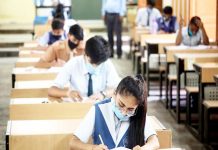