Last month BRICS leaders had a successful informal summit on the sidelines of G20 Summit in Osaka, Japan. This would be EAM’s first engagement with the BRICS Foreign Ministers since assuming office.

BRICS FM’s meet twice annually. One meeting is hosted by the BRICS chair as a Standalone meeting, usually in the capital and the other meeting is held on the sidelines of the UNGA. In 2018, the then External Affairs Minister had participated in the standalone meeting hosted by South Africa in Pretoria in June 2018 and the customary BRICS FM meeting on the margins of UNGA in September 2018.

External Affairs Minister is expected to discuss amongst other issues, the preparation for the 11th BRICS Summit of the leaders to be held in Brasilia in November 2019.

India attaches high importance to its engagement with BRICS and has continued to engage BRICS at the highest levels. We believe that BRICS has emerged as a valuable forum for consultation, coordination and cooperation on contemporary global issues of mutual interest and has helped promote mutual understanding. 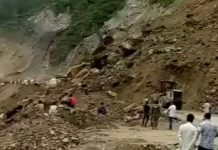