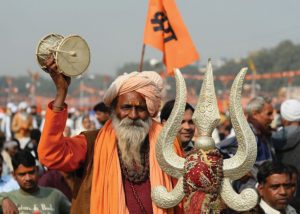 For the last four or five years I have stopped muttering those typical ‘happy new year’ greetings. Somehow those words seem hollow and hackneyed in the midst of mounting sorrow and decay spreading around. To be precise, each new year seems to drag along an additional load of miseries and complexities.

And as the New Year 2019 is very close, apprehensions on the political front have begun to hit. After all, it will be that crucial election year which will decide the very course of events directly or indirectly affecting our lives. In case, the right-wing comes to power then disasters in terms of polarisation and communal politics are sure to accelerate. Not just many more whistle blowers and activists would get arrested or detained but just about any sane voice trying to halt lynching and rape, rioting and killings. And these will further affect not just individuals but institutions and the very governance.

And in case the Congress and its allies get to power then there would be a sigh of relief. Yes, definitely a definite sigh of relief. Though, mind you, it wouldn’t be easy going for the new rulers of the country. Not to overlook the vital fact that the right-wing brigades and Hindutva senas have made inroads. The decades long peace prevailing in our rural and urban pockets lies ruptured by goons and fascist tactics intruding into our everyday life, relaying fear of the ‘other’. And as a great majority of goons stuffed in these private senas are unemployed youth who have been trained to attack and hound and kill, so to harness them will be an extremely difficult task.

What anarchy we witnessed last fortnight in Uttar Pradesh’s Bulandshahr is just about a sample of what could lie ahead; after all, the right-wing goons took on the police force with such a devious outcry that they killed an Inspector level officer. And though the men involved in the anarchy have been identified and confirmed to be affiliated with the Bajrang Dal and the VHP but it got writ large that Yogi Adityanath’s government seemed to be going slow in catching hold of the masterminds. Relevant queries and questions raised on the biased attitude of the Yogi government have gone about unanswered!

And to control and arrest and imprison these goons unleashed by the right-wing fascist forces would be a challenging task for the Congress rulers. Also, as institutions lie fitted with the right-Wing men and women, so to dislodge them would be another of those difficult tasks. And in case they continue to sit dislodged, that would pave way for irritants in the very functioning of the government.

Another disturbing trend which will be difficult to handle by the Congress will be the rising poverty levels and unemployment. After all, demonetization and GST have had an impact on trade and industry and on the work force. To quote the former Finance Minister P Chidambaram on the disastrous aftermath of demonetisation on job loss, closure of industries and the GDP growth. “Indian economy lost 1.5 per cent of GDP in terms of growth. That alone was a loss of 2.25 lakh crore a year. Over 100 lives were lost. 15 crore daily wage earners lost their livelihood for several weeks. Thousands of SME units were shut down. Lakhs of jobs were destroyed.”

Perhaps, the biggest challenge for the new rulers would be to unite warring factions. In fact, the fact is that hate crimes have gone up the graph in these past four years. To attack and kill the’ other’ on any given alibi seems to carry a political sanction; several right-wing politicians seem to be a part and parcel of it. And with this in the background it will get difficult to control monsters unleashed by the political mafia.

The Congress and its allies will have to re -constitute and revamp the various forums and commissions to ensure that hate propaganda is halted and hate mongers are harnessed, so that some level of peace prevails in this country…The new rulers would be also expected to carry a humane approach vis-a- vis the refugee crisis and not hound them out from state to the next. Also, there are thousands of the internally displaced in the country who have nowhere to go. Hounded that they are by the political mafia, they have been compelled if not forced to run …fleeing from their ancestral villages
and lands.

Today there is mounting stress and sorrow. Vast sections are crying out for some level of relief from debts and hunger and disease. Above all, that quest to live in peace with the other! Enough of murky political games, intruding into our lives, wrecking us and the coming generations.

Don’t want to leave you on a completely bleak scenario. The New Year will definitely herald a batch of young leaders and this in itself is a positive news. During their recent election campaigns Rahul Gandhi, Sachin Pilot, Jyotiraditya Scindia and several other young men have made a mark. Giving us some hope; indications that better days could prevail in our country. And that we would be in some position to recite this verse of the last Mughal Emperor of Hindustan , Bahadur Shah Zafar — (1775 – 1862)

Matchless is the soil of Hindustan/

In it grow love, compassion, fidelity/

As sure as the sun rises from the East/

So surges from this land sincerity./

This is the true seed of Hind and from
its earth/

These fruits have spread across the
world, far and wide.” 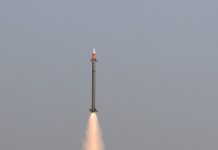