BOLLYWOOD REVIEWERS have for long given genuinely terrible films a fig leaf by calling them mindless entertainment. Leave your brain at home, they say, and you will enjoy this film; a statement as ridiculous as a restaurant reviewer asking you to leave your stomach at home to enjoy the food. Bollywood has accepted the compromise and begun to create films that cater to that easy out. Of course, these films do on occasion become successful, especially if there is enough star power to draw audiences. Which is fine, as people are free to do what they wish with their money, but for someone who gets paid to judge films on their merits to not call these films terrible is providing a disservice to their readers.
By all yardsticks, Khiladi 786 is a terrible film. As a commercial film, as a slapstick comedy, as a soundtrack (Hookah Bar? Really? No, really?), it is genuinely bad. That’s not a surprise when you consider that an actor in a central role, the singer of most songs, the music composer, the genius who came up with the story, and a co-producer are all Himesh Reshammiya, Bollywood’s resident backpfeifengesicht. That delightful German word, translated as a face you have an innate urge to punch, is an apt description for his voice (no, voices can’t be punched, but admit it, you want to), which means one ends up contemplating violence against him and Kumar, who his terrible songs are picturised upon.

As a commercial film, as a slapstick comedy, as a soundtrack (Hookah Bar? Really?), Khiladi 786 is genuinely bad

The film is the eighth instalment of the Khiladi series — Bollywood’s largest franchise, with the films having nothing in common apart from the fact that they have the word ‘Khiladi’ in their title and star Akshay Kumar as a badass. Reinforcing the idea that there is somebody for each of us in this world (and implying that it is preferable that that somebody is an Indian), Khiladi 786conspires to tie into holy matrimony 72, yes, 72 Singh (Kumar), a badass, if not entirely legally kosher, catcher of smugglers on the Punjab border, and Indu Tendulkar (Asin), the badass sister of Mumbai mafia boss Tatya Tukaram Tendulkar (Chakraborty). It is by no means a star-crossed love affair; the two are brought together by the incompetent wedding broker Mansukh (Reshammiya), who convinces the two families to lie to each other and pretend to be respectable policemen, secure in the knowledge that once the wedding is over, the film will end and his character would’ve disappeared into the oblivion of its creator’s mind — in this case, his own. Of course, he is not as postmodern as all that, and his general strategy is to simply wing it and hope for the best. Thankfully for him, 72 and Indu end up falling in love and live happily ever after.
But, despite its terrible premise, plot, acting, directing and music, it is very hard to actively hate this film. God knows it tries hard enough, with its racism, misogyny and, worse, factual inaccuracy. But perhaps it is the delightful idea of giving characters numbers as names (the Singh clan is made up of 70, 71, 72 and 74; 73 having been lost in a fair). Perhaps, it is the wink-and-nudge embracing of the ridiculousness of the film by itself, or the throwaway meta moments and some genuine zaniness, byproducts of throwing the kitchen sink to make the audience laugh. Perhaps, it was just Chakraborty’s ridiculous Bong-accented Marathi bhau. Yes, it was quite terrible. Yes, it was mindless. But was I entertained? Perhaps, perhaps, perhaps.
Ajachi Chakrabarti is a Correspondent with Tehelka.
ajachi@tehelka.com 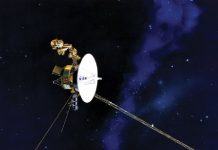