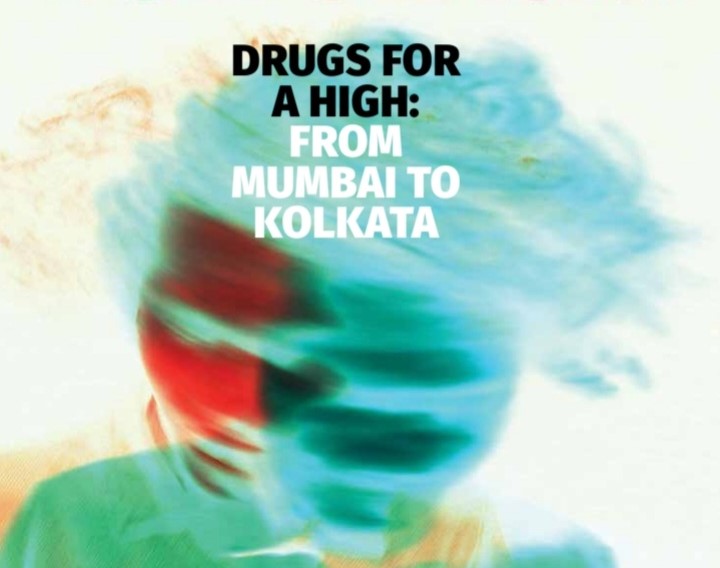 “Once upon a time I used to take Cocaine for 12 hours continuously. Starting at 9 in the evening and finishing next day morning same time. It gave me energy. Why some Bollywood stars are  taking cocaine? Just to get energy! Shooting for films in three shifts in a row, not going home and not taking rest exhaust them. So to get fresh energy they require cocaine. The same reason drew me to the drug too. No one working with me was willing to go home. They all used to sit around me and take the drug, so how could I stop myself from taking it. So I also got sucked into it for the sake of energy. We used to spend lakhs of rupees in one night on cocaine”. This is what a renowned Bollywood dance choreographer, a musician-turned-DJ, on the condition of not mentioning his name in the story revealed to Tehelka. 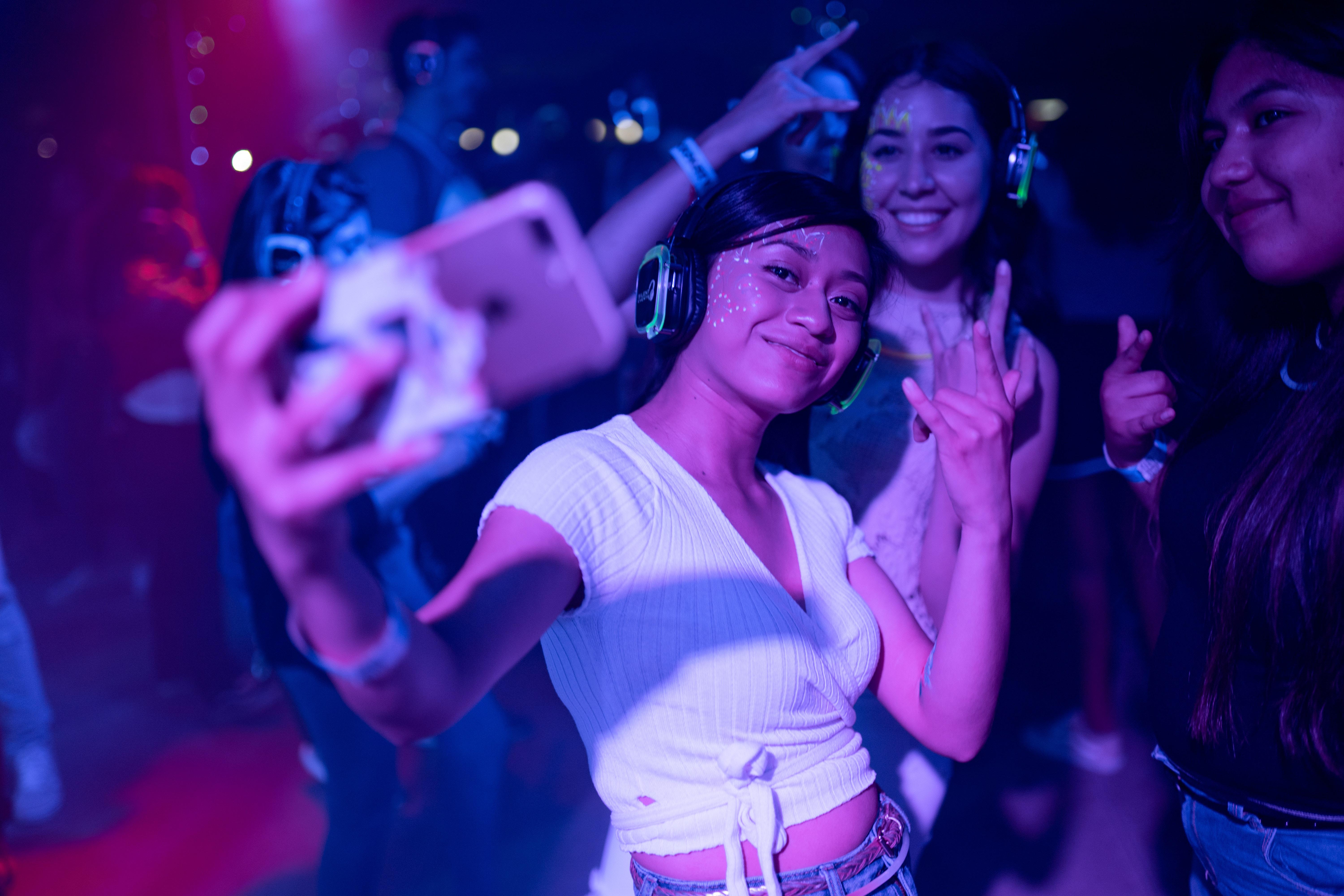 This DJ who claimed to have performed for Amitabh Bachchan in his suite in Singapore, and at the homes of Shahrukh Khan and Salman Khan in Mumbai is an Indian film singer/music director, who has worked predominantly in Bollywood. This musician has mainly composed popular music, and his three remix albums have been big hits. Considered to be one of the pioneers of DJ music in India, he is also famous for being privy to the inside stories of drug parties of some Bollywood stars. It can be safely said that he is an eyewitness to most of the Bollywood drug parties. Posing as a film maker who wants to make a film on ‘Bollywood and drugs’ subject, Tehelka reporter met this music composer in Mumbai’s five star hotel. The DJ candidly confessed to Tehelka that he himself was taking cocaine at one time. 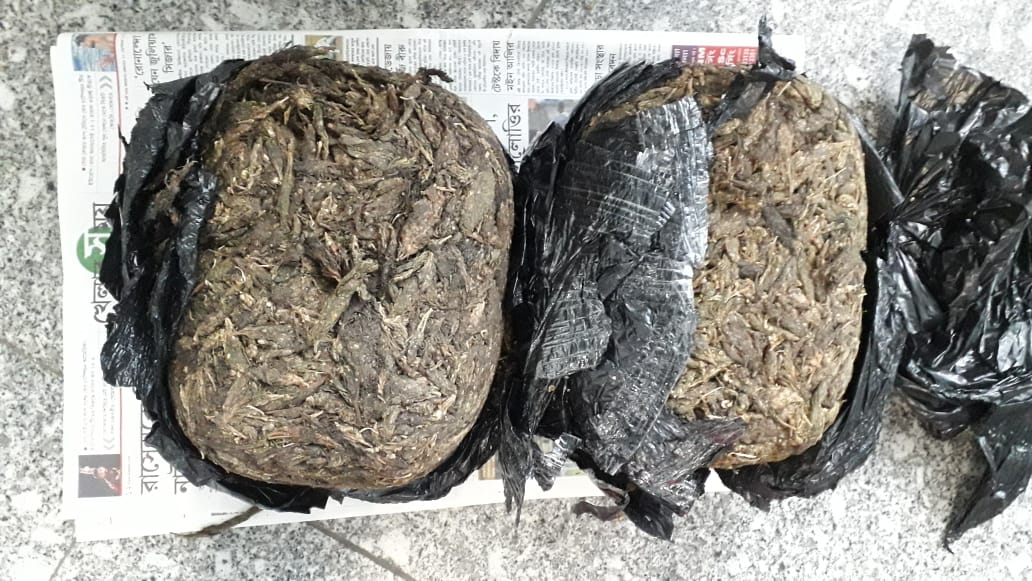 DJ…. “Ab koi choice hi nahin raha. Ab sab le rahe hain yahan baithkar ab kya karun?. There was a time when I used to drink also. But I do not drink now”.

[The  DJ said that as he was left with no choice so he started taking cocaine. When everybody around him were taking cocaine, what alone he would do while sitting among them, he expleined]

The DJ told Tehelka that there was a time that he used to take cocaine continuously for 12 hours. Starting at 9 at night and finishing around the same time next morning. 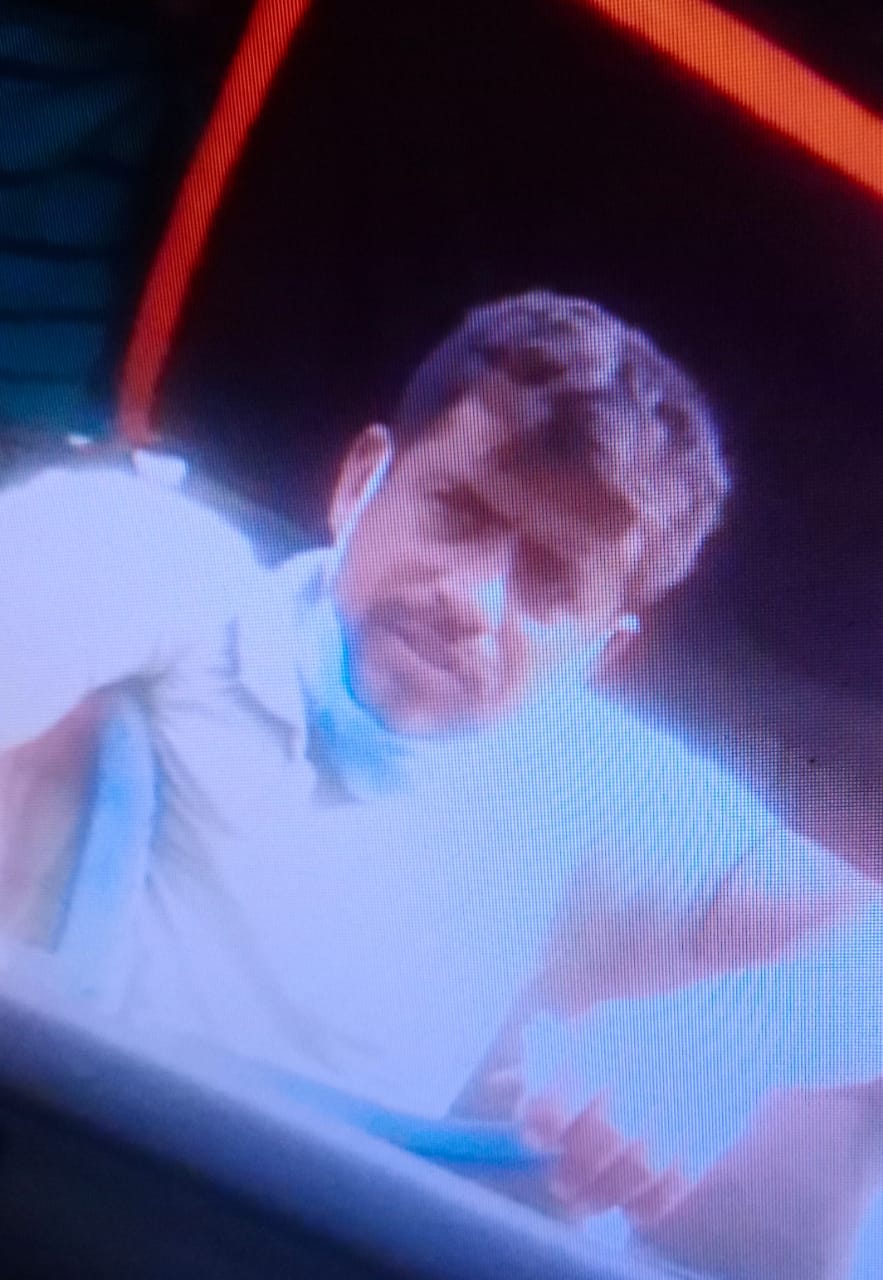 [The DJ revealed how he got into cocaine routine through his friends, and how he along with them used to consume cocaine the whole night]

The DJ explained that cocaine gave energy to the actors and other Bollywood people who worked overnight and did many shifts in a row.

[ The DJ confessed that some actors take cocaine for  regaining the energy they lose after working continuously  in shifts. He himself also took cocaine because none of his colleagues was  willing to go home. They used to spend lakhs on cocaine in one night]

The DJ now told Tehelka as to how cocaine makes an individual super active, raises his energy levels. After consuming it one can’t sit idle; he would want girls, music, dance etc., he said)

[According to the DJ, cocaine gives high energy. So after having it, one wants to get involved in something or the other. Like girls, music, dance etc. After consuming cocaine, one can’t sit idle. He will go mad if he doesn’t find something to do.]

As the conversation with the DJ progressed, he revealed as to how Bollywood people get drugs through “Gotey” [Local name given to their supplier]. They are their trusted peddlers, who regularly supply drugs to them.

DJ…. “They go and they pick up stuff for them, they do not go themselves”.

The  DJ told Tehelka that Bollywood stars have their dedicated suppliers called “Gotey” in local parlance who supply drugs to them. He also named two famous stars who were caught with drugs. According to DJ, they were arrested because the supplier revealed their names to the police.]

Which drug is presently in huge demand in Bollywood ? In reply to this, the DJ said, “Cocaine”. And also revealed its rate. Rs 10,000 per gram. And one gram is nothing in 4-5 people. Then we look for supplier. A supplier they select is always a type of a man who no one can suspect. An old guy will come on old scooter and deliver the stuff!. 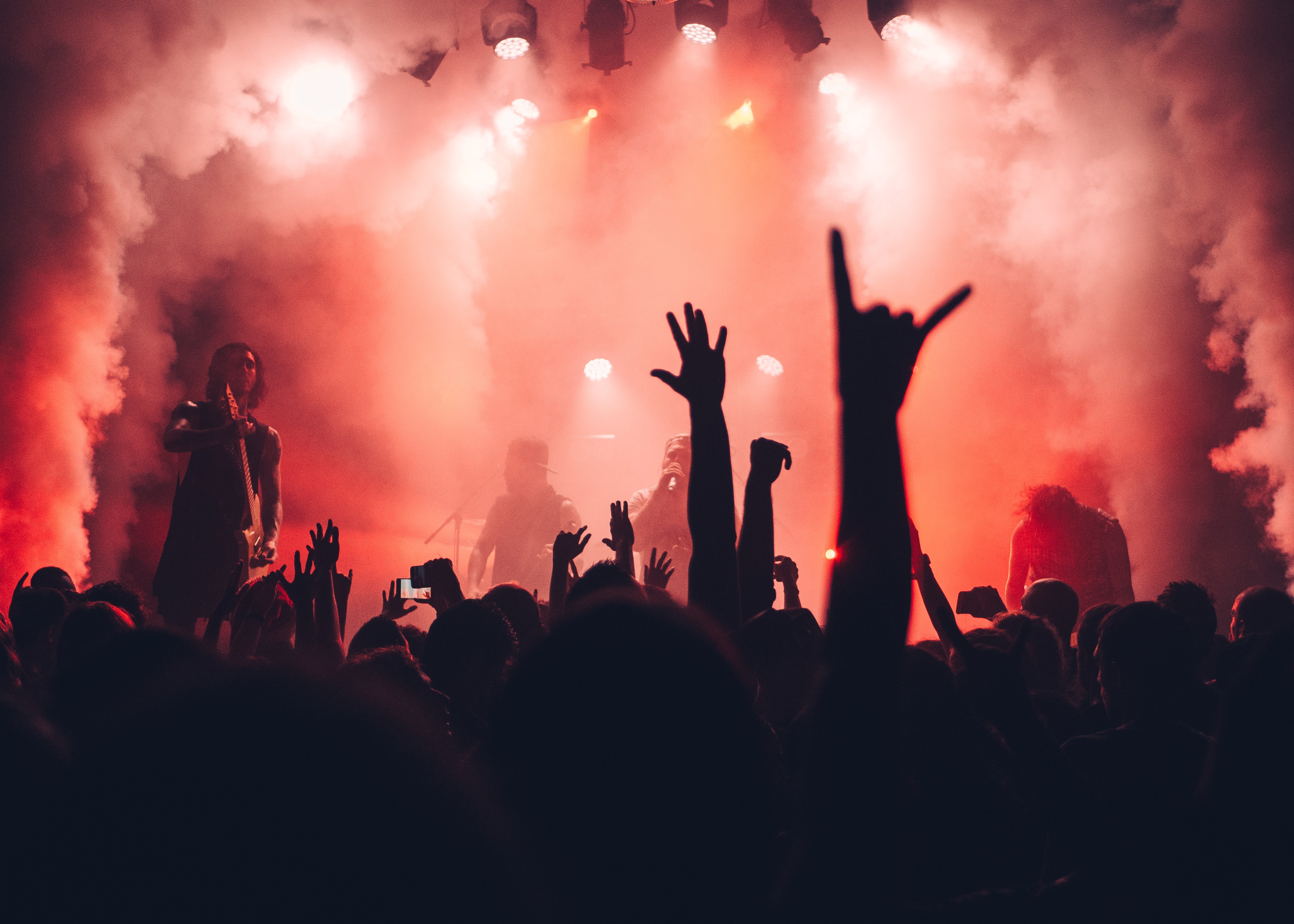 [ The DJ confessed that cocaine is in huge demand in Bollywood. It is also very expensive: Rs 10k per gram. And gram is nothing at a place where 4-5 people sit at a time and consume cocaine. So we look for supplier. Supplier is always an old man, on whom no one will have any doubt. He come on an old scooter to deliver the stuff.]

According to the DJ, cocaine in Bollywood is a never ending story. Stars discuss about their supplier. Their rates, their purity. And that too the whole night.

[ The DJ told Tehelka that Bollywood stars for the whole night sit and discuss about their suppliers, the purity of drugs, from which country it is from, its rate etc. They also argue that their drug is more pure than the others. From which village of Columbia the drug has come.]

After the DJ, Tehelka met another renowned Assistant Action Director of the Bollywood, who is also an eyewitness to many Bollywood drug parties. He also revealed the Bollywood stars’ love for the drugs, but again on the condition of not mentioning his name in the story. According to this action director, Mira road of Mumbai is a go-to place for drugs. There, a number of Africans sell drugs to the stars. 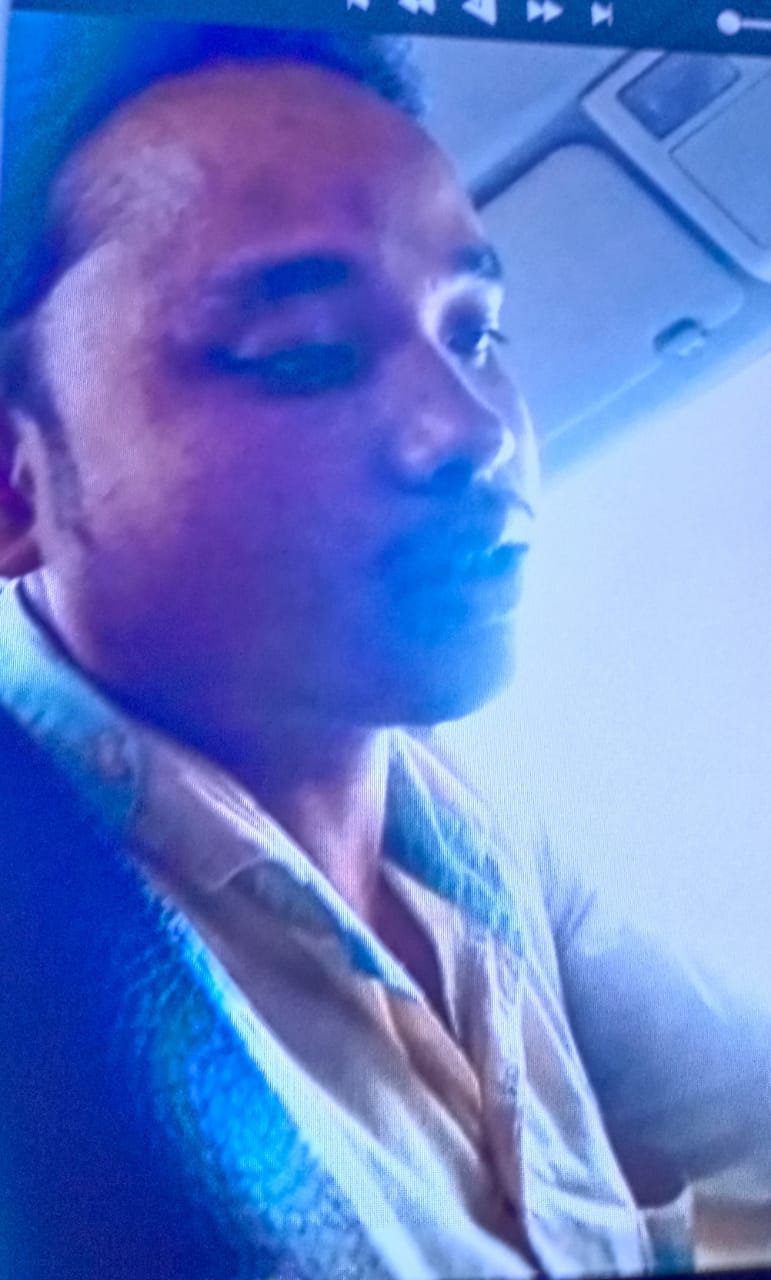 Now the AD told Tehelka that stars don’t do drug parties openly. They take drugs privately in a room. So nobody can make out if they have consumed any drug. It is only from their eyes one can make out that they have done drugs.

[The AD revealed to Tehelka that Bollywood stars don’t take drugs openly. Whatever they take privately, it is tough to make it out what they have taken. It is only through their eyes one can guess that they are under the influence of drug. ]

The AD now narrated one incident of a famous film director with whom he was working as his assistant. On an Ad film shoot, the director took so much of charas that he couldn’t got up next morning for the shoot. Later he asked the AD to shoot the ad.

[ The AD narrated an incident while he was in Goa for an ad film shoot. A renowned film director of India with whom he was working an assistant director consumed so much of liquor and charas that he couldn’t get up the next morning on time for the shoot. Consequently, he asked the AD to go out and shoot for him].

After Mumbai, Maharashtra, Tehelka now travelled to Kolkata, West Bengal, in search of drug being sold on the streets of another metro city of the country. Not to our surprise we easily came across a peddler name Kartik in Darjeeling. We told Kartik that we are organising a 100-people drug party in Darjeeling. For that we require “gaanja”. Kartik immediately agreed to supply us the same in kilos. 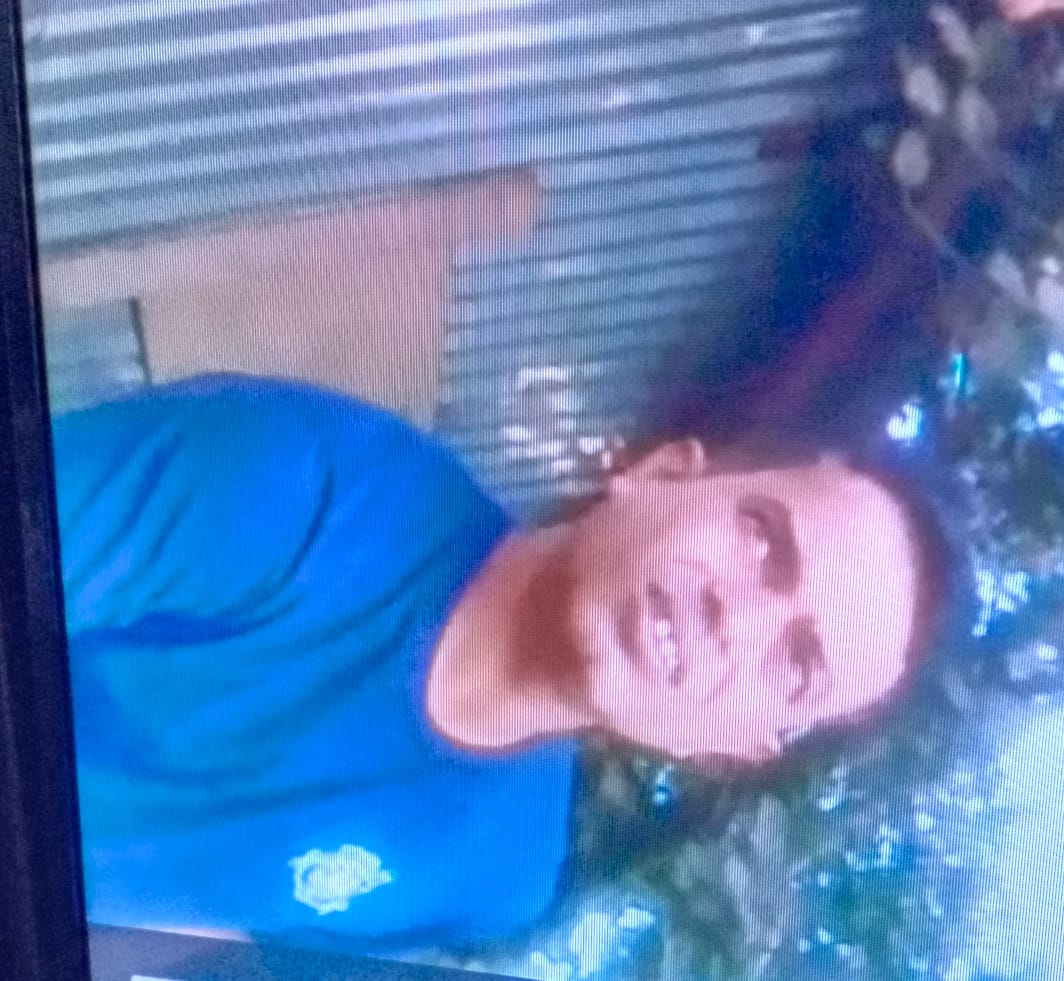 [Kartik, the drug peddler, told us that he can provide us gaanja in kilos for our 100 people drug party in Darjeeling. He told us its present rate, which is Rs 600-700 for 100 gm]

Now Kartik showed us the gaanja pouch he was carrying with him.

[ Now Kartik showed us the gaanja pouch he was carrying with him. And told us its rate, which was Rs 300 for one pouch. He says he purchased them daily at the same rate.]

Kartik revealed to Tehelka that the gaanja he is purchasing from Baagdogra is of high quality. That is why one 5-6 gm pouch is costing him Rs 600.

[Kartik told Tehelka that the gaanja he purchased from Baagdogra is of high quality. That is why one pouch of 5-6 gm cost him Rs 300.]

In Darjeeling itself after Kartik, we met another drug peddler, Sanjay Mandal. He admitted to Tehelka that just before meeting us he was taking brown sugar. Sanjay told us that the rate of one gm brown sugar is Rs 2,000. He agreed to supply brown sugar to us.

[Sanjay revealed to Tehelka that he was taking brown sugar just before he came to meet us. He said he can arrange brown sugar for us also. The rate will be Rs 2000 for 1 gm]

From Darjeeling, Tehelka travelled to Kolkata, and near Kolkata Airport met another drug peddler, who was also named Kartik. He was sitting on the pavement and was selling gaanja.

[The drug peddler sitting near the Kolkata Airport told Tehelka that he sells only gaanja pouches. He doesn’t have charas or cocaine. One pouch of gaanja costs Rs 200.]

Now Kartik told us the rates of both loose gaanja and gaanja pouch he is selling to the customers.

[Kartik revealed the rates of both the loose gaanja and gaanja pouch to Tehelka].

Kartik now confessed that everyday he sits near the Kolkata airport and sells Gaanja.

[Kartik then told Tehelka his office hours. He said he comes at 12 noon and leave the Airport by 6.30 in evening after selling gaanja.”]

After Kartik, Tehelka met another drug peddler Chandu at the national highway, Kolkata. Chandu was also found selling gaanja to a customer. He immediately told us the rates of the  gaanja pouch he is selling.

[Chandu, another peddler, selling his wares at National highway Kolkata told Tehelka that he doesn’t  sell charas and only sells gaanja. He said some of the gaanja pouches he is carrying cost Rs 20 while some cost Rs 100. ]

After meeting drug peddlers on Kolkata streets, Tehelka now met a woman selling gaanja on Kolkata streets. The woman didn’t disclose her name to Tehelka but assured us that the gaanja she is selling is of high quality, and is reasonably priced. She claimed that if we buy the same gaanja from the airport it will cost us double the price she is charging. She further revealed that she initially thought that we were policewallas.

[ Woman peddler told Tehelka that she sells gaanja of high quality. She added that the same quality is sold at double the price at the Kolkata airport.] 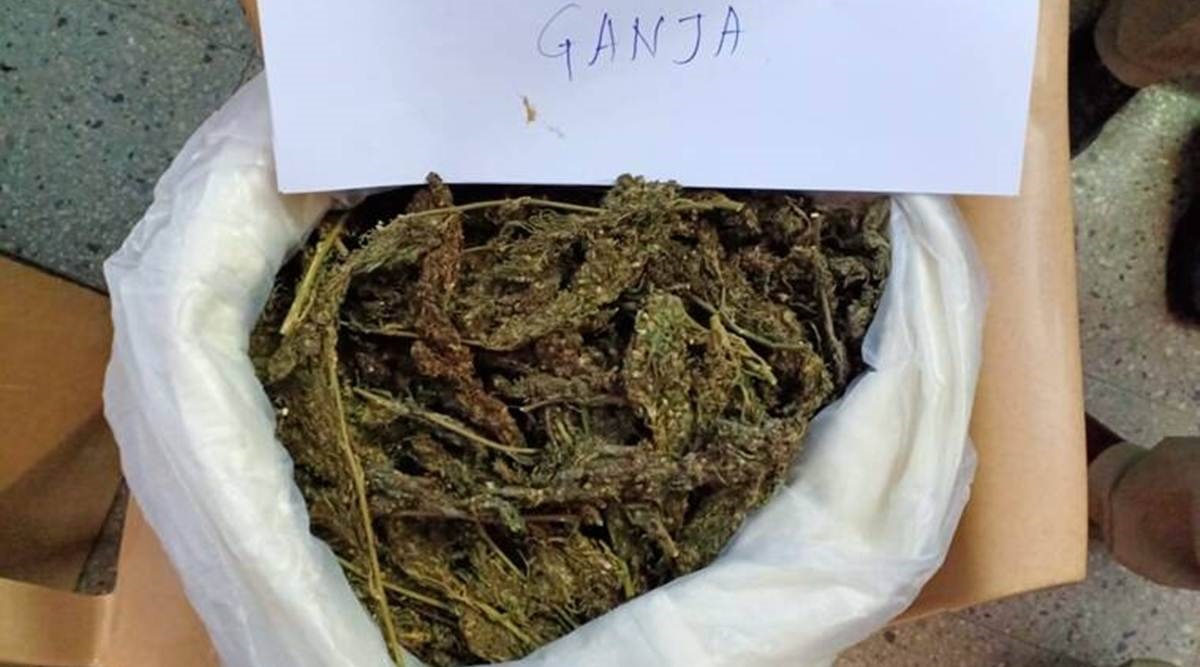 Tehelka’s investigation has revealed that it is not only the Bollywood which is in the grip of drug abuse. The other industries, including fashion industry, are also known for the rampant use of drugs. Forget industries, drugs are easily available even on the streets of Mumbai and Kolkata. Sadly, the recreational drugs have become easily available since it has a very aggressive market. Also, unlike alcohol and regular cigarettes it is very difficult to find out whether someone standing next to you is under the influence of drug or not. School children are also getting addicted to drugs, because it is easily available in almost all the cities. During our investigation at one place in Kolkata, we found customers coming with money and purchasing gaanja pouches from the peddler. All one needs is a good cash in one’s pocket to buy any type of drug from the market.