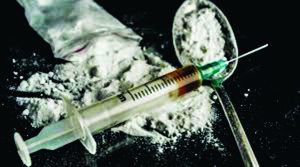 IT HAS TAKEN 18 long months for the Punjab Chief Minister Captain Amarinder Singh to finally launch his much-hyped battle against drugs when alarming number of deaths due to overdose of drugs jolted the nation. He has ordered mandatory drug tests for government employees numbering about 3.25 lakh including the police. The Cabinet has also decided to recommend death penalty to drug-peddlers by amending NDPS Act. It is a common knowledge that drugs enter Punjab from the Golden Crescent (Iran, Afghanistan, Pakistan) through the 553-km porous border and make their way to the rest of the country. This makes it a national problem and a serious security threat. This requires a concerted battle against drugs and community involvement to find the root cause of this menace.

Steps like compulsory dope test and death penalty for drug dealers may sound deterrent but do not guarantee a win over drugs. World over death penalty has almost been abolished and is reserved for the rarest of the rare crimes. Little doubt such steps appear to be a piece of tokenism because of the enormity of the problem with estimates pointing out that there is a drug addict in every two-thirds of households in Punjab. It is not that drug addicts and dealers are not being arrested.

Last year alone 18,977 peddlers were arrested and sent to jails. Data from the National Crime Records Bureau pertaining to cases registered under the Narcotic Drugs and Psychotropic Substances suggests that of all cases registered across the country over 30 per cent are from Punjab alone.

A problem of this magnitude requires a national war against the menace. Drug mafia exists because they enjoy political patronage and a large number of police personnel have been found to be actively involved in this illegal trade. However, an overwhelming majority of those arrested under the NDPS Act are addicts caught with small quantities of drugs. They are mere pawns for drug mafias. There is a need to identify the real causes of drug addiction and why youths are falling preys and taking to drugs in such large numbers. Should not the law enforcement agencies tackle the drug mafias with all their might.

The stakeholders need to find out if our education system that is bereft of hopes of an assured future and employment needs to be overhauled? The authorities need to study if the youth is drifting to escapism by taking to drugs? Some villages have taken upon themselves the task of fighting out drug peddlers by nabbing them and handing them over to the police. Here the government needs to see if this would not turn out to be another form of dreaded vigilantism? 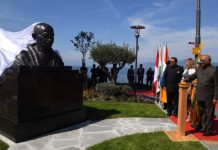