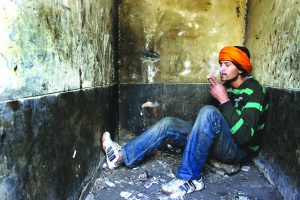 As entry of new smugglers in the illegal drug trade has posed a new challenge for the Punjab police, Haryana too is witnessing an alarming rise in drug menace. Numerous cases of drug addicts and smuggling are being reported in the state every day. It is feared that if not checked immediately, Haryana could go the Punjab way as far as drug problem is concerned with an entire generation getting addicted to drugs and destroying their lives as well as that of their families.

It has always been a misnomer that Haryana is not affected by the drug menace unlike its neighbour Punjab. It is true that more cases are reported in Punjab, but such cases have been on the rise in Haryana as well. Data in Haryana reveals that the number of persons visiting the centre for alcohol and drug de-addiction in Rohtak PGIMS has recorded a 10-fold increase during the last 10 years.

However, it is good to see Haryana government waking up to the issue of drug problem in the right time now and planning action against the same. Taking over charge as the Home Minister of Haryana, Anil Vij has announced ‘Operation Prahar’ to check the drug and crime mafia.

Vij ordered the Haryana police to attack the drug, illegal liquor, gambling, betting, extortionists and drugs with immediate effect. Operation ‘Prahar’ has started now. According to the announcement of the new government, it is being considered as a major step towards making the state drug-free.

Haryana should learn lerssons from Punjab. The problem of drug addiction at a young age led to people wasting their most productive years, increased expenses on law and order and healthcare service, and generally it was a disadvantage to the Punjab’s economy and society. Easy availability, peer pressure and unemployment are all major factors that caused this.

In Haryana, the drug problem is acute in Sirsa district bordering Punjab and Rajasthan. What is worse is that it is not just an urban or a rural issue. It is rampant among even schoolchildren now and it is a serious threat being faced by the state. If not checked immediately, the problem can grow at an alarming level.

According to the Haryana police website report, as many as 2587 drug addict cases were reported in 2018 in the state. This year’s figures are yet to be calculated, but the case of drug addicts in the state had been on the rise year after year. In the year 2017 as many as 2247 cases were reported and the number was 2032 in 2016 and cases in Haryana. In the year 2015, this figure was 1661 cases.

The tell-tale symptoms in drug-affected children have been visible for quite some time now in the affected districts of the state. These include carelessness, reduced interest in studies, lack of communication, reduced physical and recreational activities, constant fatigue, irritation, involvement in fights, picking arguments, Involvement in illegal activities such as stealing money, sudden loss of appetite and body weight; sweating and over-sleeping. It is a matter of concern that there has never been any proper research on substance abuse among children and youth in Haryana.

Rising menace in Haryana is due to its closeness to Punjab where the drug problem is alarmingly high. The number of drug addicts in Haryana is high, but the treatment facilities are not so much advanced. Haryana is just waking up to the drug-related issues and problems and will have to go a long way to check the growing menace.

Centre for Research in Rural and Industrial Development (CRRID), Chandigarh, recently did a survey on drugs. As many as 1,140 drug addicts and 1,566 households in 16 districts in the north Indian states of Punjab, Haryana, Himachal Pradesh, Rajasthan and Jammu and Kashmir (J&K) were interviewed on drug abuse.

The study looked into the reasons responsible for the rise in drug problem. There were cases of people abusing hard drugs-heroin, ‘chitta’ and opium banned under the Narcotic Drugs and Psychotropic Substances Act were taken into account while preparing the special report on drug abuse by people in North India.

The study on drugs abuse was titled ‘Dynamics of Drug Addiction and Abuse in North-West India: Social, Economic and Political Implications’. It found that 65 per cent of addicts living in the affected areas became drug users between the ages of 15-20, which means three out of four addicts were hooked to drugs before they were 15 years.

Not just this, but as many as 10 per cent of them get into the habit of getting high before they turned 14, while another 18 per cent fell in the age group of 21 to 25 years.

Incidentally another study conducted by Professor Ranjit Singh Ghuman, Dr Gurinder Kaur and Dr Jatinder Singh for the Indian Council for Social Science Research (ICSSR) also reported similar findings. According to this study more than 50 per cent of the drug users came from rural areas. Frustration arising due to unemployment was one of the main reasons for the youngsters taking to drugs in a big way.

The study also pointed out that the drug abuse problem was more severe in Punjab, but the drug menace was rising in Haryana and other states, including Himachal Pradesh, Rajasthan and Jammu and Kashmir. The report pointed out that the drug users on an average spend around 200 to 2,000 daily to satiate their quest. The addicts will go to any extent to collect money for the drugs. They may beg, borrow even steal money to be able to raise money for their dose.

Chandigarh has seen a rise in chain snatchings. According to the police, most of the snatchings was done by the drug addicts to collect money for substance purchase.

While it is so difficult to make people quit drugs, treatment cost may be in the range of a few thousand rupees to a few lakhs and will succeed only if the patient was co-operating and was willing to quit the drug himself without any external force or pressure.

To be able to check the rampant spread of drugs, the study recommended improving employment opportunities, cutting off the supply chain through severe punishments, and preventive measures. The preventive measures also included counseling of the drug addict and also making addicts open up in public spaces to raise awareness. A door-to-door awareness campaigns was also necessary to wean people away from drugs.

Meanwhile Haryana Chief Minister Manohar Lal Khattar has called for a comprehensive joint programme of neighbouring states to tackle the problem of drugs which, he described, as a social rather than a political issue. He has stressed the need to cut off drugs supply to prevent youth from getting addicted, and also advocated an inter-state cell phone base of live data of absconding offenders and to keep track of dealers and their associates.

Revival of Congress is essential for democracy: Sonia 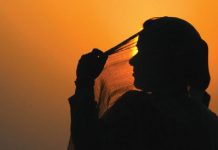 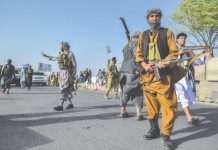