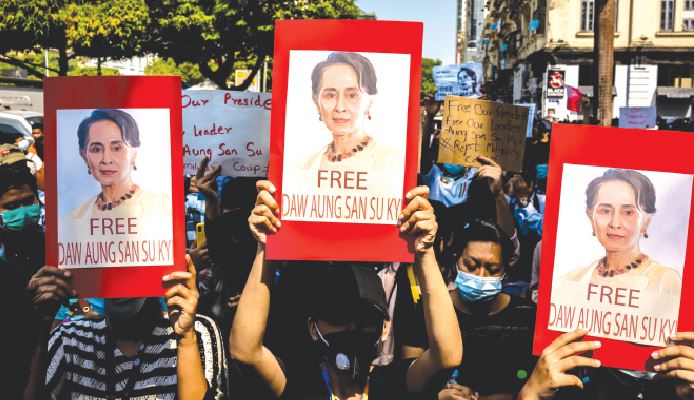 The democratic world suffered yet another blow on February one, 2021, when the world-acclaimed human rights activist and leader of democracy and Nobel Laureate, Aung San Suu Kyi, along with hundreds of her supporters was arrested, and Myanmar (Burma) was brought under the boots of the military. The junta leader, General Min Aung Hlaing, who received prompt support from a section of Buddhist monks and China, has cleverly invoked a constitutional clause to grab power. As expected, the west, now being led by the new US president, Joe Biden, jut growled, but could not spell out any strategic reaction.

The UN Security Council (UNSC) resolution, a British draft, was diluted under the Chinese and Russian objections. It did not condemn the military for killing a nearly decade old democracy. In spite of the liberal financial support of their proxies and military-backing, the opposition party, Union Solidarity and Development Party could win only 33 seats in the 476-strong parliament. Suu Kyi’s party, National League of Democracy (NLD) won 476 seats dashing the hopes of China.

The Chinese hand in the coup cannot be ruled out, because it was concerned with the growing efforts of the civilian government to evolve better ties with India and Japan. It is expected that the military dictator would toe the Chinese line, though the deposed government had endorsed the Chinese action in ending autonomy in Hong Kong and treatment of Uyghur Muslims in the Xinjiang region. It may be noted that Myanmar was among a few countries, which promptly supported China on Hong Kong. Its minister for International Cooperation, U Kyaw Tin, had issued a statement supporting China’s national security legislation for Hong Kong.

He had extended the support to the Chinese Ambassador Chen Hai stating that “A sovereign state has the right to take necessary preventive measures such as proper legislation to safeguard its sovereignty, peace, stability and security”. Earlier, In July 2019, UN ambassadors from 50 countries, including Myanmar, have signed a joint letter to the United Nations Human Rights Commission defending China’s treatment of Uyghur Muslims.

In spite of these overtures, the big boss in Beijing was not pleased. The Chinese proxies and its supporters in army ensured that democracy must be caged before the new members of parliament take oath.

In Myanmar, the history, perhaps, is repeating itself. During in 1988-90, the military had attacked the newly elected Burmese Parliament before the democratic process could be ushered in. The Indian response towards democracy was affirmative, if not fully supportive. As many as six members of the newly elected members of parliament, including a doctor had walked hundreds of kilometers to seek refuge in India.

Hundreds of young men and women had taken refuge in India’s border district of Champhai (Mizoram). Many young men and women had walked through dense forests amidst wilds to breath freedom. Many girls were violated and needed medical assistance. Since Chins and Mizos belong to the same racial stock, more than 15000 Chins had taken shelter Aizawl. India’s concern in the neighbouring country is natural.

In the UNSC, India had to adopt a cautious approach. She did not endorse the British proposal of condemning the coup, but adopted a neutral stance. The Chinese and the Russian representatives ensured that the new military leader should not be censored.

The Chinese could penetrate in the country during the period, 1990-2010, when the military leaders conceded most of the strategic and economic demands of China. The Myanmar Ambassador to India, Saw Hlaing, who had served during 1989-92, had told this journalist that India should not unnecessarily “antagonize” Myanmar under the pretext of supporting democracy. He had cautioned that for “maintaining unity” army had to depose the civilian leaders in 1988. It may be noted that most of the people, whether in the armed forces or in the civil society are scared of China, but the recent army rule appears to be a handiwork of the pro-Chinese elements in the army. The civilian government under Suu Kyi has been trying to improve trade and diplomatic relations in the region to reduce the country’s dependency on China.

The election results have upset the Chinese calculation of usurping more and more of Myanmar’s systems. In its bid to reassert its economic and strategic goals, the Chinese appears to have played the “dirty role” of derailing democracy. It has to ensure an eight-lane highway connection from Yunnan in China to Sittewe port in Bay of Bengal remains functional. Since it has been the major armed supplier to the Myanmar army, it could evolve a close ties with the army generals. It has given military assistance to the tune of 2.14 billion US$ , while the Indian assistance was only 8.07 million US$. It has been supplying jet fighters, armoured vehicles , naval vessels  and have trained all the three wings of the military; army, air-force and navy.

The Chinese have already announced that “India cannot treat Indian Ocean as its lake”; therefore, with the access to Myanmar’s ports and naval installations provide China with strategic influence in the Bay of Bengal. It controls the deep-water port on Kyaukpyu with 85-mter jetty for its warships, and also set up electronic surveillance system at the Coco Island, just 18 kilometers off the Andaman Islands.

For the Chinese, pro-democratic elements are the biggest challenge to her march to become a super power. It suspects that leaders like Suu Kyi, who were influenced by the Indian democracy and her leaders.It also suspected that the 2011 protest against the Myitsone hydropower station estimated to cost billion 3.6 US $  on the Irrawaddy River was supported by the pro-democratic elements. Similarly, the protests at the Letpadaung Copper Mine in 2012 were attacked by police and Chinese workers. An international study has revealed that the waste leak from the mines having the presence of arsenic, copper and lead had destroyed crops and turned vast cultivable fields into waste lands. The Chinese are so emboldened that in 2019, two journalists were beaten up and detained by the Chinese officials working in the “Tha Khin Sit Mining Company”.

The military take-over of Myanmar is one of the master strokes of the Chinese aggressive strategies adopted since the pandemic grips in the world in 2020. The statement of Joe Biden that US would impose sanctions against Myanmar is just a meaningless rhetoric having little impact on the region. Earlier sanctions had enabled Chinese penetrate further in the country’s economy. The Chinese immigrants have full support of the Beijing being given easy capital and technology. They are being encouraged to follow the Chinese strategy of ‘guanxi’ i.e. building a network of mutually beneficial relationships which can be used for personal and business purposes.

It means use all tricks including bribing to attain the success. The Chinese immigrants from Yunnan were able to obtain identity papers on the black market to become naturalized Burmese citizens overnight. They could obtain properties and marry local girls. The Chinese entrepreneurs have literally taken over the economies of Rangoon and Mandalay. There are reports that over 7000 Burmese women and girls have recently been sold for sexual slavery in as “brides” to Chinese.

India being a frontline state is concerned with the growing multi-prong Chinese influence in the neighbourhood from Pakistan, Nepal and now Myanmar. 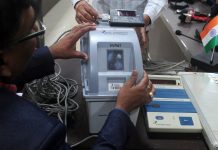 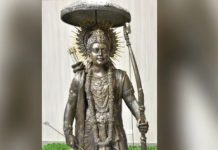