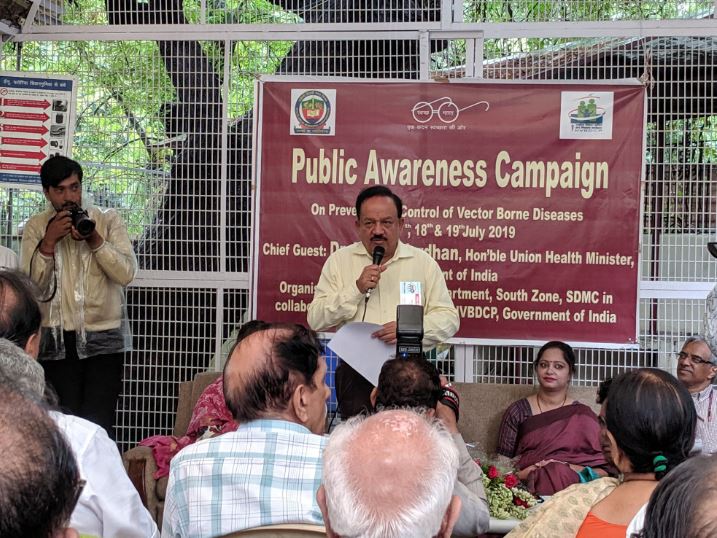 Union Minister Dr Harsh Vardhan on Wednesday stressed on the importance of community participation for prevention and control of Vector Borne Diseases (VBDs) like Malaria, Dengue and Chikungunya as he began the three–day Jan Jagrukta Abhiyaan against these diseases in Delhi.

While interacting with the RWA of SFS flats, Hauz Khas, the Union Health Minister reiterated the commitment of Prime Minister Narendra Modi towards making India ‘swachch and swastha’ and said that amongst various steps and strategies which need to be put in place for combating Malaria, Dengue and Chikungunya, our main focus should be on controlling the vector itself.

“It is the responsibility of all of us to ensure that we don’t create an environment for these mosquitoes to breed. As the vector breeds in stagnant water, we should not let water get accumulated in unused and broken utensils and containers, used tyres, discarded coconut shells, water coolers, uncovered water tanks, etc. Commitment at all level is essential for prevention and control of these diseases, Dr Harsh Vardhan said.

The Union Minister visited various sites and demonstrated how stagnant water can be a source for mosquito breeding. He stated that community efforts in the right direction can minimize the disease burden in the country.

“Simple measures can be taken for keeping the surroundings clean and free of mosquitoes. Success of the vector control programme is related to community participation and ownership”, he added.

Dr Harsh Vardhan further said that this campaign comes at a moment when community support is critical to stop the chain of vector transmission and aimed to promote awareness on the prevention and control of Vector Borne Diseases. This is probably the first time that three governments-national, state and local bodies- will converge in their efforts to mobilise the community for a public health activity, he added.

Dr Harsh Vardhan also interacted with the children of Nigam Pratibha Vidhyalaya, Gulmohar Park and said that children are the true ambassadors of health. He cited the example of Polio Campaign and said that it was successful because children took the message to every household.

“We want children to spread the message of cleanliness and healthy life practices. When children learn about healthy behaviors, they pass this information to their families, triggering a chain reaction, he said.

Senior officers from the Health Ministry also led various teams across Delhi on measures for prevention and control of VBDs. A total of 286 ward-wise teams (in all 272 Municipal wards and 14 locations of NDMC) have been constituted with 20-25 members per team including officers of the Municipal Corporation along with officers from Central Government and Government of NCTD. The Northern Railways and Delhi Cantonment Board will also carry out the activities in campaign mode for prevention and control of VBDs in their areas. Each ward team will comprise members from respective Ward Malaria circle, officers from all civic bodies, Government of NCTD, Central Government and Field Workers from Municipal Corporations. 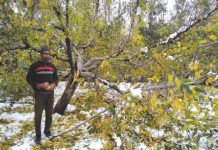