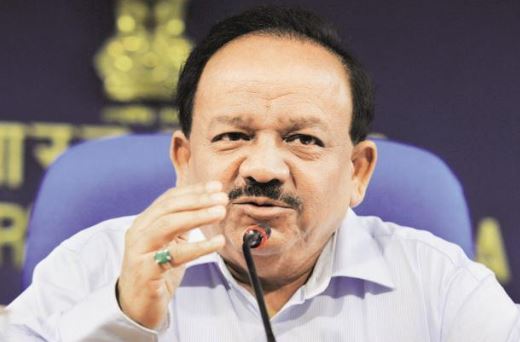 “The country is passing through a phase of not only transition, but also immense productive transformation in the health sector”. This was stated by Union Minister Dr Harsh Vardhan as he launched ‘The WHO India Country Cooperation Strategy 2019–2023: A Time of Transition’, on Wednesday. The Country Cooperation Strategy (CCS) provides a strategic roadmap for WHO to work with the Government of India towards achieving its health sector goals, in improving the health of its population and bringing in transformative changes in the health sector.

Speaking at the event, the Health Minister stated that the four areas identified for strategic cooperation of WHO with the country encompass: to accelerate progress on UHC; to promote health and wellness by addressing determinants of health; to protect the population better against health emergencies; and to enhance India’s global leadership in health. He added that under the vision and leadership of the Prime Minister Narendra Modi, the country has seen phenomenal advances made in various aspects of the health sector.

Dr Harsh Vardhan stressed on the need for health to be made a people’s movement where the positive health attitude is inculcated in everyone, and everyone takes responsibility of their own health through preventive and promotive health approach. He mentioned about various social initiatives taken up such as Eat Right India movement, Fit India movement and Poshan Abhiyaan that have collectively engaged with the people and enhanced the awareness around these crucial health areas through people’s participation.

Dr. Harsh Vardhan added that besides the health priorities detailed in the strategy, focus needs to be given on other equally pertinent health areas of environmental and occupational health, accidents and road injuries, and good nutrition and food safety. Emphasizing the need of inter-ministerial collaboration for a healthy nation, Dr Harsh Vardhan suggested that a mechanism needs to be institutionalized wherein every ministry has a health section/department, so that every policy factors in its health implications.

Dr Henk Bekedam, WHO Representative to India said “The implementation of this CCS will build on the remarkable successes in public health that India has demonstrated to the world. It’s a great opportunity to showcase India as a model to the world in initiatives such as digital health, access to quality medicines and medical products, comprehensive hepatitis control program and Ayushman Bharat.”

The India CCS is one of the first that fully aligns itself with the newly adopted WHO 13th General Programme of Work and its ‘triple billion’ targets, the Sustainable Development Goals (SDGs) and WHO South-East Asia Region’s eight Flagship Priorities. It captures the work of the United Nations Sustainable Development Framework for 2018–2022, the release said.

The CCS outlines how WHO can support the Ministry of Health & Family Welfare and other allied Ministries to drive impact at the country level. The strategy document builds on other key strategic policy documents including India’s National Health Policy 2017, the many pathbreaking initiatives India has introduced — from Ayushman Bharat to its National Viral Hepatitis programme and promotion of digital health amongst others, it said. 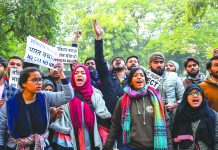