Subsequent to the high-level review of AES/JE in Bihar’s Muzaffarpur, Union Health Minister Dr Harsh Vardhan has been regularly reviewing the support being provided to the State for its management.

He chaired a review meeting to take a stock of the ongoing public health measures for management of the cases, on Wednesday.

In the meeting, Dr Harsh Vardhan has directed for five teams of senior pediatricians and paramedics to be sent to Muzaffarpur immediately to further strengthen the state efforts and measures in the affected districts.

Ten pediatricians (including five senior consultants) and five para-medics from RML Hospital, Safdarjung and Lady Hardinge Medical College will be part of the five teams.

“The teams will strengthen the clinical care to the existing patients in the hospitals and also strengthen surveillance of cases from the peripheral areas,” Dr Harsh Vardhan stated.

“A high-level central team led by Lav Agarwal, Joint Secretary, MoHFW has been permanently stationed in the area to monitor the operations since the past three days. Teams have also been constituted for socio-economic survey in these areas to identify and pinpoint causes linked with the economic status”, the Union Health Minister stated.

Furthermore, ten additional ambulances have been put into action in the most affected blocks of the districts for round the clock services. Also, 16 nodal officers (teams of senior doctors and an administrative officer) have been deployed at the PHCs in the affected blocks. To further strengthen the health infrastructure and facilitate the transportation of patients to the health facilities, the State Government has also made a provision to reimburse the ambulance charges if the patients are shifted privately by the family to the hospitals. 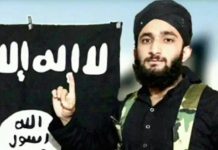 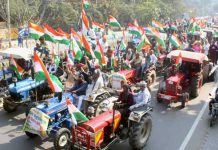