With the motive of providing cash liquidity in the hands of people, the Department for Promotion of Industry and Internal Trade, Ministry of Commerce and Industry has asked the Union Home Ministry to allow several type of industries to operate with reasonable safeguards even if the government decides to extend the nationwide lockdown beyond April 14. 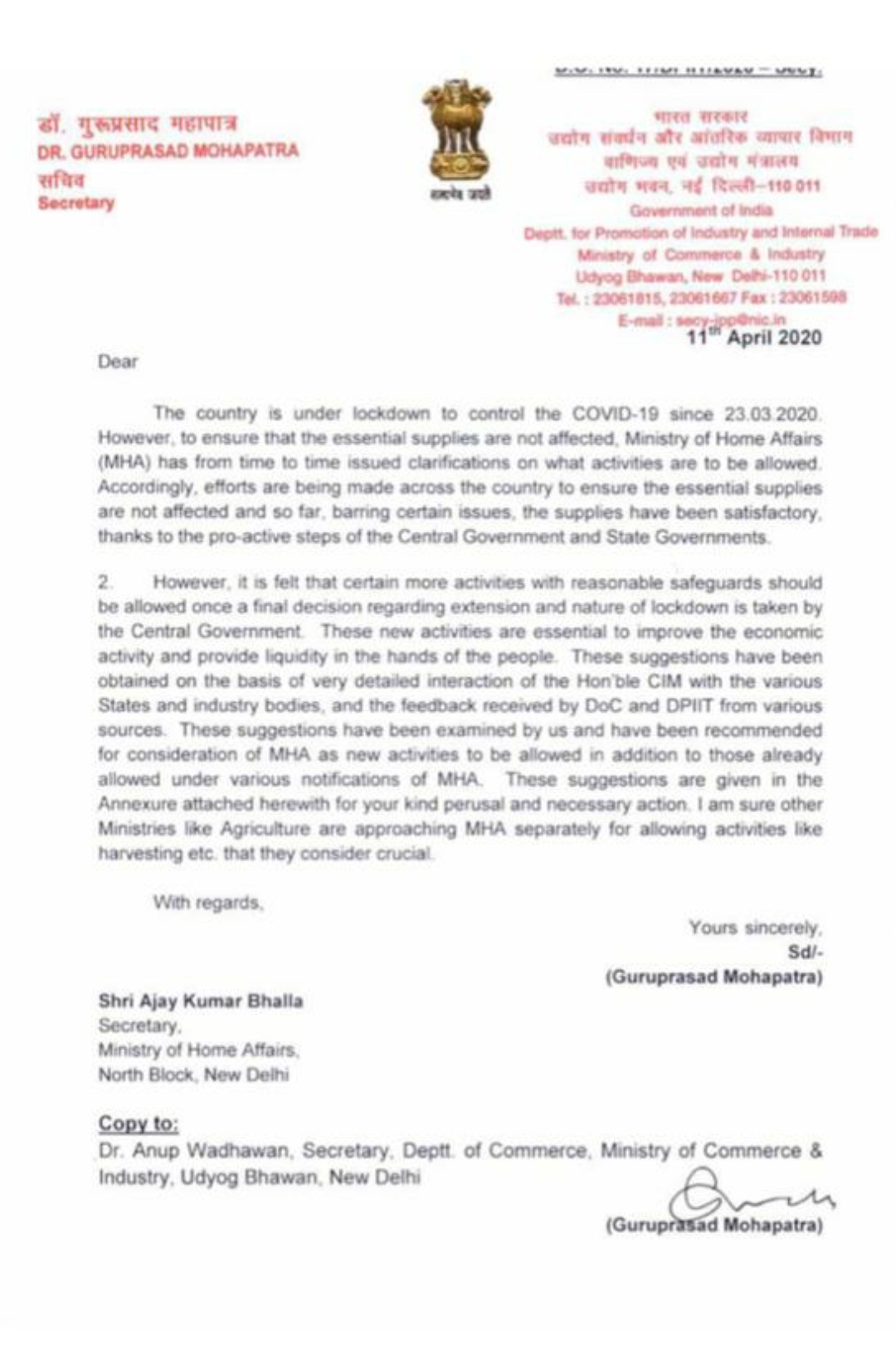 In a letter  dated April 11, 2020 to Home Secretary Ajay Kumar Bhalla, Guruprasad Mohapatra, Secretary, Department for Promotion of Industry and Internal Trade (DPIIT) has observed that “certain more items with reasonable safeguards should be allowed once a final decision regarding extension and nature of lockdown is taken by the Central Government”.

The Secretary DPIIT in his letter has suggested that “the new activities are essential to improve the economic activity and provide liquidity in the hands of the people”. The suggestions have been obtained “on the basis of detailed interactions with chief ministers of various states and industry bodies and feedback received by DOC and DPIIT from various sources”.

The lockdown, which is supposed to end on 14 April, is widely expected to be extended by at least two weeks with concessions to certain industries to restart economic activity. The DPIIT, which comes under the commerce and industry ministry, proposed that industries should be allowed to operate under the condition that they ensure a single entry point for workers, sufficient space for social distancing, use of separate transport for ferrying workers or stay arrangements within factory premises and high quality sanitization of premises.

Mohapatra has written that free movement of all vehicles and manpower required for continuing the activities permitted so far under various MHA (ministry of home affairs) notifications needs to be allowed by all government authorities concerned with movement of man and material.

The DPIIT letter whose copy has also been sent to Dr.Anup Wadhawan, Secretary, Department of Commerce, Udyog Bhawan suggests that the industry must ensure: 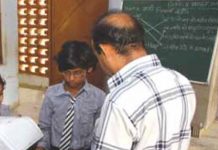