US President Donald Trump has said he intends to scrap the preferential trade status granted to India and Turkey.

Trump, who has vowed to reduce US trade deficits, has continually called out India for its high tariffs.

“US intends to terminate India’s and Turkey’s designations as beneficiary developing countries under the Generalized System of Preferences (GSP),” the Office of the US Trade Representative said in a statement.

Trump asserted that India has failed to assure America of “equitable and reasonable” access to its markets, an announcement that could be seen as a major setback to bilateral trade ties.

“I am taking this step because, after the intensive engagement between the US and Indian Government, I have determined that India has not assured the US that it will provide ‘equitable and reasonable’ access to the markets of India,” Trump said n a letter to congressional leaders.

Under the GSP program, “certain products” can enter the US duty-free if countries meet eligibility criteria including “providing the US with equitable and reasonable market access.”

The changes cannot take effect for at least 60 days following the notification of Congress as well as the countries affected, the US Trade Representative’s Office said.

Trump also informed the Congress in a separate letter of his intent to terminate the GSP beneficiary designation of Turkey.

He said it was mainly because the economy of Turkey had improved a lot in the last four-and-a-half decades.

The United States had designated Turkey as a GSP beneficiary developing country in 1975. 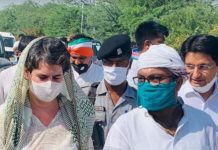 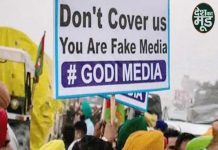