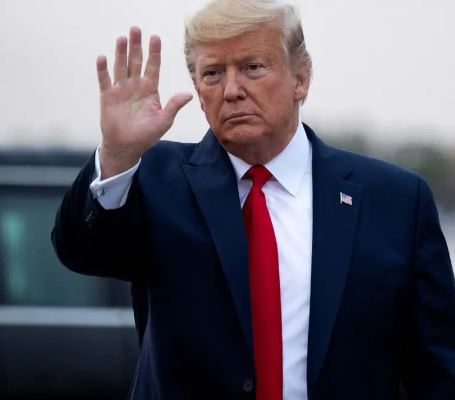 US President Donald Trump was impeached for a historic second time by the House of Representatives for inciting an insurrection against the government. The House voted 232-197 to impeach Trump.

The House impeached Trump, one week after rioters stormed the US Capitol to protest the Electoral College vote, forcing lawmakers to evacuate the Capitol.

In US history, Trump became the first President to be impeached twice.

“We know that the President of the United States incited this insurrection – this armed rebellion – against our American democracy. He must go,” House Speaker Nancy Pelosi said.

President-elect Joe Biden in a tweet said, “Today, in a bipartisan vote, the House voted to impeach and hold President Trump accountable. Now, the process continues to the Senate—and I hope they’ll deal with their Constitutional responsibilities on impeachment while also working on the other urgent business of this nation.”

US Senate Majority Leader Mitch McConnel in a statement said, “The House of Representatives has voted to impeach the President. The Senate process will now begin at our first regular meeting following receipt of the article from the House.

“Given the rules, procedures, and Senate precedents that govern presidential impeachment trials, there is simply no chance that a fair or serious trial could conclude before President-elect Biden is sworn in next week,” he said.

“Even if the Senate process were to begin this week and move promptly, no final verdict would be reached until after President Trump had left office. This is not a decision I am making; it is a fact. The President-elect himself stated last week that his inauguration on January 20 is the ‘quickest’ path for any change in the occupant of the presidency,” he added.

“In light of this reality, I believe it will best serve our nation if Congress and the executive branch spend the next seven days completely focused on facilitating a safe inauguration and an orderly transfer of power to the incoming Biden Administration,” he said.

US Vice President Mike Pence on Tuesday told House leaders that he does not support invoking the 25th Amendment process to remove Donald Trump from power.

Pence encouraged Congress to avoid actions to further divide and inflame the passions of the moment. He said that it is time to unite our country as we prepare to inaugurate President-elect Joe Biden as the next President of the United States.

Last week, the violence erupted at the Capitol as thousands of Trump supporters stormed the building to protest the Electoral College vote, forcing lawmakers to evacuate the Capitol.