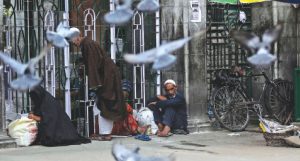 The new domicile law has become a source of great contention and unease in J&K, including even in Jammu province, the stronghold of the BJP in the union territory.

The law has entitled citizenship to any person who has resided in J&K for fifteen years. The rule has been relaxed for the central government employees who must have served in the UT for ten years for them as also their children to qualify for citizenship. The rule is even more lenient for the students from outside the region, who must have “studied for a period of seven years and appeared in Class 10th/12th examinations”.

What is more it is now a tehsildar,  as against a district magistrate earlier, who will be competent to issue a domicile certificate within his territorial jurisdiction.

The order has replaced the term permanent residents with ‘domiciles’, which means any person who has stayed in the region for 15 years.

The Centre has, however, conceded on jobs reserving all local employment for the domiciles as against throwing all middle and higher rung jobs open to be applied for by aspirants from across the country as the first order had prescribed. This had triggered backlash not only in Kashmir but also in Jammu, the BJP’s core constituency in the UT. Leader of a major Jammu based political outfit Panther’s Party Harshdev Singh had staged a solo protest against the law, so had other opposition leaders from the region including those of the newly floated Apni Party.

Besides, the social media threads from the region showed a deep resentment against the domicile law, particularly about the rule on jobs. This forced the BJP leadership in New Delhi to review the order in regard to jobs.

But the rest of the domicile law remains intact. Anyone who has resided in Kashmir for 15 years will become a domicile and can buy land in the UT. The provision is easier for the already serving central government officials, their children and the students. This is feared to throw the UT open to settlement by outsiders. Hence the deep unease in the UT, more so, in Kashmir Valley where people apprehend that the domicile law is geared to change the demography of the region.

However, what matters to the BJP is how Jammu sees the order. The people there were greatly upset over the jobs clause. But now that it has been addressed, the BJP would be keen to know the opinion of the people in Jammu about the rest of the law.

While the Hindu majority province has welcomed the concession on jobs, it would be interesting to see how the people respond to implications of the law on buying of the land by outsiders eligible for a domicile status now. More so, when Jammu is expected to be most affected by the implementation of the law, as people from outside the UT will find it safer  and culturally favourable to settle in the province. The new law has  already granted citizenship to around three lakh West Pakistan refugees who live in Jammu.

Some people from the province have already taken to Twitter to vent their frustration at the new law.

“This new domicile law is making me feel like we people of jammu and Kashmir are screwed, we are literally screwed,” tweeted one Shivani Sharma.

“Thankyou @PMOIndia for deceiving us the natives of Jammu and Kashmir u.t we’ve given our all for this state and in return what we got? The best return gift. Folded hands #domicilelaw,” wrote one Jiya Sethi on Twitter.

Jammu is very important for the BJP. The party can only have a say in the local politics or be able to rule J&K if it sweeps Jammu. But domicile law and its far-reaching demographic and social implications for Jammu is expected to  erode the party’s support base in the province. Will the BJP overlook it in the hope that its policies in J&K will help it politically in the rest of the country,  or respond to grievances in Jammu to shore up its support there? Coming weeks and months will tell which of the two options, the party will choose. 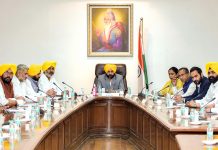