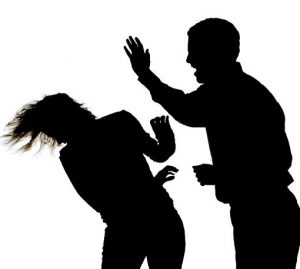 Most countries in the world went in for a lockdown strategy to prevent the spread of Covid-19 virus infection. It was presumed that now everyone in the family will live together, spend quality time together, watch good movies, listen to music, play indoor games, read good books and give each other company in a happy atmosphere. Did it really happen?

Look at some facts:

Petition filed by NGO, All India Council of Human Rights, Liberties and Social Justice in the Delhi High Court says helplines across the country have received 92,000 calls reporting domestic violence and abuse in the first 11 days of the lockdown

Ministry of Child & Women Development told the Delhi High Court that the number of complaints has gone down during the lockdown period as per their data. But were quick to add that it could be because of the presence of abusers around the victim

52 helplines have been started across the country where victims of domestic violence/abuse can call for help. These are being run by police, NGOs and women welfare departments; according to a Health Ministry official (as per an April 18, NDTV report)

On April 6, UN Secretary-General asked for measures to address a global surge in domestic violence

The tagline for this lockdown is — Stay indoors, stay safe. The government is conveying this message on TV channels and social media every moment, and private companies are also promoting this government message through advertisement of their products. But the moot question is Are women as safe as men in lockdowns? Does the government directive that houses in lockdowns guarantee women and men a safe environment of equality within homes working?

The lockdown imposed in the wake of the Covid-19 virus took into account only the point of safeguarding from the virus, staying safe. However, the women also ned protection from violence especially domestic violence. No doubt that the United Nations has expressed concern over the news of increased incidents of domestic violence against women from around the world during the lockdown.

Amidst this lockdown, the reports of husband and wife quarrelling and beating are disturbing. Let’s start with India. There is a lockdown till May 3 in view of the threat of Corona in the country. All modes of transport are closed.

When a woman trapped in this lockdown could not return to her in-laws’ house to be with her husband, her angry husband got married to his girlfriend. This incident is from a village in Bihar.

A gunman of the Haryana Police from Hisar in Haryana state lost his temper during a quarrel with his wife and murdered the young wife with a choppy knot. According to the National Commission for Women of India, 587 complaints were received from 23 March to 16 April. Of these, 239 were associated with domestic violence.

The Commission claims that such cases have increased a lot. National Women’s Commission President Rekha Sharma says that one of the main reasons behind so many cases of domestic violence could be the lockdown imposed due to corona because the situation has become such that the accused and the victim have to stay in the same place due all the time.

The situation has reached such a passé that women, the victims of domestic violence, cannot even go to their neighbours to seek immediate help. Not only that the neighbours too hesitate to help these women for fear of contracting coronavirus. Due to the closure of all means of transport, the victim can neither visit the local relatives nor those living far away for solace.

As far as seeking police help is concerned, during lockdown because of the pandemic, the priorities of the police are to observe the lockdown, monitoring sealed hotspot locations, hospitals and quarantine centers.

In such a situation, it is necessary to keep an eye on such incidents not only in India but also in many countries of Europe as documenting these events will help during later analysis.

In France, a 32 per cent increase was reported in such cases of domestic violence. The increase was 36 per cent in its capital Paris. In such a situation, France had announced to accommodate victims of domestic violence in about 20,000 hotel rooms. The French governmenrt also decided that it will also provide one million dollars to set up help aid points at the pharmacy shops. Similarly, a 40 per cent increase in such cases was recorded in Turkey.

Many reasons are being cited worldwide for the increase of such cases. There is evidence of a crisis or natural disaster increasing domestic violence against women.  It is an established fact now that Covid-19 arrived emnated from China at the end of year 2019 and from there the virus spread to Spain, Italy, France Binten, India, America and other countries of the world. It is worth noting that while pandemic and a battle against it spread, the incidents of domestic violence also increased. No doubt that the United Nations has called it ‘shadow pandemic’.

It is worth mentioning that some people had opined that being confined only to the houses will increase the problems of women and more so of thosewho are already victims of domestic violence. For them, staying together for 24 hours with their husbands will be all the more torturous and only make the situation worse. Evidence in Europe suggests that whenever families spend more time together, domestic violence increases. Indeed, the definition of domestic violence includes not only physical violence but also mental and emotional violence.

It is laudable that the Delhi government has taken the much required initiative In order to check the increase in the number of domestic violence cases, the Delhi Dispute Settlement Committee under Delhi Government has provided 1800117282  as a toll free helpline number.

The committee formed by the government addresses the issue through mediation. Timely mediation can be helpful in cases of estrangement. The Delhi Women’s Commission has also recently started a WhatsApp helpline for incidents of domestic violence due to the lockdown. Women can send complaints by messaging at 9350181181.

Delhi Women’s Commission chairperson Swati Maliwal agreed that women during lockdown many aggrieved women are not able to register complaints due through landline helpline No. 181 because the perpetrators remained confined to the house. Delhi Women’s Commission claims that after receiving a complaint on WhatsApp, the parties are counselled. There is another emergency number for WhatsApp messages-7217735372. The commission clarifies that existing online links and emails for registering of the complaints continue to work as before.

Comments of Annie Raja, the general secretary of the National Federation of Indian Women, are very apt. She said that before the Indian government even announced the lockdown, alongside other issues, the likely problems caused by the lockdown in family life, couples relationship should have been discussed and a solution found.

Indeed, the governments have learnt a lot from the lockdown. Just like Covid-19 has forced the country, the state governments to increase the number of PPEs, ventilators, ICU beds, also ensuring that in future the problem of migrating migrant laborers will not arise, so the governments should also be prepared in advance to check domestic violence during a catastrophe. Various ministries, the government officials, the NGOs have learnt a lesson to incorporate these facts in their future strategies. The United Nations too has taken very seriously the rise in domestic violence cases during the global crisis of Covid-19.

UN Secretary-General Antonio Guterrens has said that the ever-increasing infection of the corona virus in the world has adversely affected the social and economic status of women due to which the social disharmony towards them has increased considerably. The Secretary-General also said that due to this epidemic, the health of women, their economic condition and social security has been badly affected while violence against women has also increased considerably.

He said that the importance of women against Covid-19 and the role of organizations associated with them has to be understood. Social and economic policies should be chalked out keeping the future of women at the center to achieve the Sustainable Development Goals.

Annie Raja, the General Secretary of the National Federation of India, says that due to the lockdown, the husband, wife, children and the elderly are living together for all the 24 hours. The lockdown has hurt the economy deeply. Men are upset thinking what will happen in the coming days as future seems uncertain. Not only these men are also not able to get alcohol to drink due to presence of other members in the house. Men are also disturbed by their failure to fulfill their sexual desires in such a situation. The end result is unavailability of space, which is leading to quarrels on petty issues culminating into cases of domestic violence.