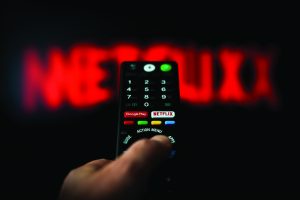 Neil Arden Opley, Director of Danish movie “Daniel” who was at IFFI 2019 on November 26, 2019 observed that streaming while hitting at the hold of big studios would “at the same time lead to increasing the cost of local filmmaking”.

He said, “US film-making is driven by big studios while Europe adopts an independent form of film-making. Indian filmmaking is more like US filmmaking and it will catch up faster than Europe with movie making in Los Angeles.

European films are shot on small scale and they are medium budgeted films and sometimes film-makers have to depend on European Union, Governments for getting funds for the film”.

A report released earlier in 2019 by lobby group Federation of Indian Chambers of Commerce and Industry (FICCI) and consulting firm EY suggests that India’s media and entertainment (M&E) sector grew 13.4 per cent year-on-year to touch 1.67 trillion in 2018, powered by digital platforms that grew 42 per cent to 16,900 crore during the period. The M&E sector in India is expected to cross 2.35 trillion ($33.6 billion) by 2021, at a compounded annual growth rate of 11.6 per cent.

Digital will continue its scorching pace of growth to overtake filmed entertainment in 2019 and print by 2021, said the report titled “A Billion Screens of Opportunity”. At 570 million, India has the second-highest number of Internet users after China, growing 13 per cent annually and estimated to reach five million by 2021. The report estimates that approximately 2.5 million consumers in India are digital only and would not normally use traditional media.

Digital ad spends grew 34 per cent to 15,400 crore and now account for around 21 per cent of the ad market. Several broadcasters have started combining selling of ads across over-the-top (OTT) and linear platforms to enable better monetization of marque properties and increased utilization of digital inventory.

As far as the various video-on-demand services are concerned, advertising growth outpaced subscription growth and is expected to comprise 52 per cent of the total pie by 2021. Digital subscription grew 262 per cent to reach 1,400 crore in 2018, primarily on the back of telecom companies bundling content with data packs to drive sales. Video subscription revenues grew almost three times in 2018 to reach 1,340 crore, on the back of new and re-launched video streaming platforms, growth of smartphones, spread of affordable broadband, regional language and exclusive content, and live streaming of major cricket and other impact properties.

Ashish Pherwani, partner and media and entertainment leader, EY India  explained “The M&E sector has a significant opportunity given India’s young demographics. The growth of digital infrastructure is further enabling Indians to fulfill the need for personal content consumption, across languages and genre. There is a large shift in consumer behaviour from mass produced content to specific content defined to audience segments.”

Television viewing households increased to 197 million, a 7.5 per cent increase over 2016 with 77 per cent of time on television spent on general entertainment content and film channels. The impact of the new Trai tariff order where viewers can choose and pay for individual channels can have implications on total viewership, free television uptake, channel MRP rates and ad revenues, according to the report.

The year witnessed a 26 per cent growth in digital news consumers over 2017 when 222 million people consumed news online. Page views grew 59 per cent over 2017 and average time spent increased by almost 100 per cent to 8 minutes per day in 2018. Advertising revenues stood at 21,700 crore and subscription revenues grew marginally by 1.2 per cent to 8,830 crore.

Overall, the Indian film segment grew 12.2 per cent in 2018 to reach 174.5 billion, driven by the growth in digital rights and overseas theatricals. Domestic film revenues crossed 100 billion with net box office collections for Hindi films at 32.5 billion—the highest ever for Hindi theatricals. Overseas theatricals grew to 30 billion from 25 billion in 2017 where China became the largest international market for Indian content. Box office collections of Hollywood films in India (inclusive of all their Indian language dubbed versions) were 9.21 billion with Avengers: Infinity War emerging as the highest Hollywood grosser in India.

Uday Shankar, vice president, FICCI and chair, FICCI media and entertainment division commented, “The Indian M&E sector is entering a phase of accelerated growth. The status quo is being shattered by digital disruptions and that’s unshackling the creative economy in India like never before. These are exciting times for all it is to let our imagination and ambition guide us.”

Neil Arden Opley who made the strong observation that streaming would hit the big studious in India about his movie Daniel believes that “US is traditionally bad market for foreign films”. The story Daniel is of one of the most spectacular kidnappings in recent times. The protagonist is the young Danish photojournalist Daniel Rye who was held hostage for 398 days in Syria by the terror organization Islamic State along with several other foreign nationals including the American journalist James Foley. The film follows Daniel’s struggle to survive in captivity, his friendship with James, and the nightmare of the Rye family back home in Denmark as they try to cope with the fear that they may never see their son alive again.

Opley opined that it is risky for distributors to buy foreign film. European filmmakers are trying to tap Chinese market. He said that awards are over-rated however they help one trying to enter film-making in foreign countries.

Director Riccardo Salvetti of the Italian film Rwanda that is competing for ICFT-UNESCO Gandhi Medal said, “Our film is based on a true story. Since it’s an African centred movie, nobody was interested and we faced lot of resistance in our country. Due to low budget we did shooting near my house in Italy. However the location was so similar that many Rwandan people who got the news about shooting, thought that we are somewhere in Rwanda.”

He said, “We are trying to put this movie on Netflix and are also arranging screenings based on online requests.” That once again shows the power of streaming that is affecting the big multiplexes, single screens and big studious alike.