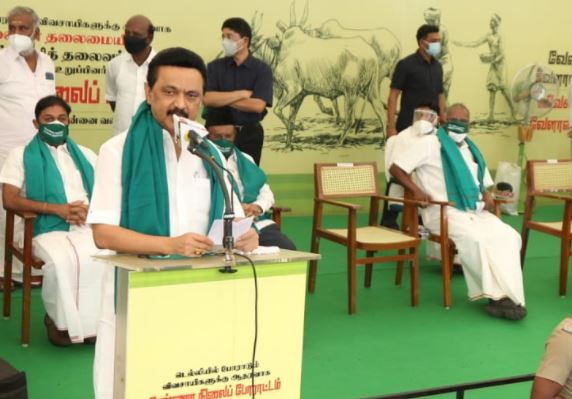 The DMK-led Opposition in Tamil Nadu on Friday observed a day-long hunger strike to support the farmers protesting against the Centre’s three farm laws.

DMK chief and Leader of Opposition, MK Stalin, party MP Kanimozhi and leaders of alliance parties on Friday participated in the protest in Chennai, sources said.

DMK president MK Stalin said, “We stand in support of the farmers.”

On December 14, Farmers’ leaders sat on a day-long hunger strike in the national capital. The ongoing farmers’ protest entered its 23rd day today. Thousands of farmers have been protesting near Delhi borders for over three weeks against Centre’s farm laws.